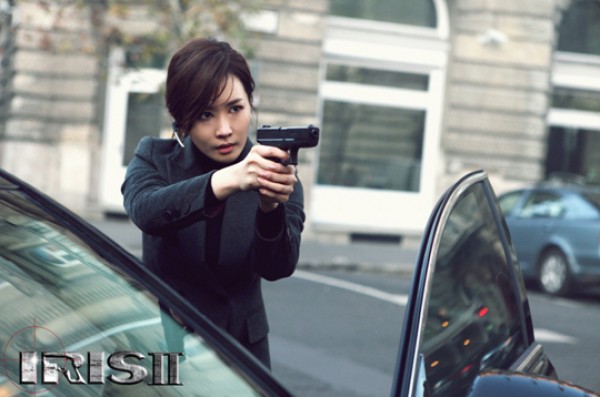 Actress Lee Da Hae thanked the hard working staff of KBS “IRIS2” with 100 whole roasted chickens on the last day of filming. She personally handed out the food in individual packages to each and every one of the staff members with kind words.

Director Park Hyun Hak of Lee Da Hae’s agency, Forestar Entertainment, explained, “We are almost at the end of filming ‘IRIS2,’ which has been a half-year journey. The staffs were exposed to extreme weather in the winter, but they never complained, so Lee Da Hae prepared roasted chickens to thank them. She thought about what she could do for these hard working staff members for days and decided that eating heartily is the most important. Although it’s only a small gift, we hope this comforts and compliments everyone and their hard work.”

“IRIS2” first aired on February 13 and had its grand finale last night on April 18. Lee Da Hae played the role of special agent Ji Soo Yeon, with membership to the national pistol shooting team. She successfully established what a “Korean-style female warrior” could be like with her role.