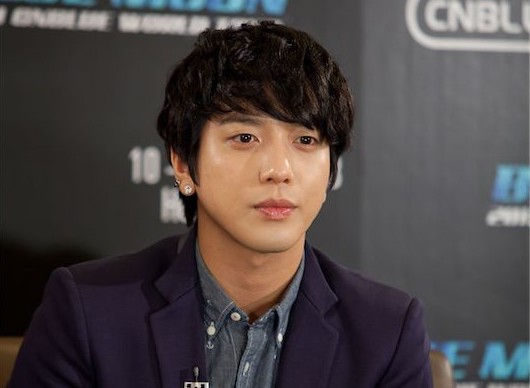 At the press conference held on May 9 before the “Blue Moon” concert in Hong Kong, CNBlue‘s Jung Yong Hwa discussed balancing music and acting.

Jung Yong Hwa continued, “Although it is right that I focus on music when we gather as CNBlue, I am thankful that people become fans through the dramas and I try to work hard in that field.” He clarified that he still places music first before acting, saying, “I still place music in the center and believe that people will love us if we work hard.”

CNBlue also announced at the press conference that they will be donating the proceeds of their concert T-shirt auction to the Hong Kong Red Cross. CNBlue holds the Hong Kong leg of their “2013 World Tour- Blue Moon” concert series May 10 and 11 at the Asia World Expo Arena.