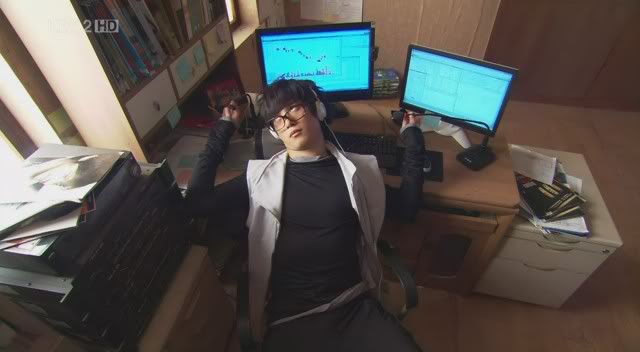 Watching K-dramas can be dangerous. Continuous viewing has been known to have severe consequences such as insomnia, permanent dark circles, bipolar disorder, and depression. Eyes have be strained because of all the eye-rolling, voices have been lost because of all the screaming, and many desks have been destroyed due to all the rage-induced flipping. Here is a list of seven common K-drama scenarios that have received the “F’ mark by many fans world-wide.

1. Villain hoping to remain inconspicuous while glaring at murder target behind a newspaper not ten feet away.

Lee Tae Sung‘s character in “Rooftop Prince” tried to commit murder twice but not once did he get it right.

You can’t leave viewers hanging with Lee Min Ho driving off into the night after staring at Park Min Young from afar. Where is “City Hunter” season 2?

3. Pretty actresses pretending to be boys.

K-drama has its fair share of pretty boys but Park Shin Hye pretending to be male in “You’re Beautiful” wearing lip gloss and eyeliner is anything but.

Except…everyone was wearing eyeliner and lip gloss in that drama….

4. Obviously more worthy second lead not getting the heroine.

The writer was definitely off her rockers when she wrote the second half of “Boys Over Flowers.” You can’t have Kim Hyun Joong and Goo Hye Sun dress up as bride and groom and take happy pictures to not have them up end together.

5. Waiting half the drama to finally see the OTP kiss and the heroine stands there like a deer caught in headlights.

Ah, Park Shin Hye. Until “Flower Boy Next Door,” this was her trademark kiss scene move.

6. Dressing the rich superstar like he couldn’t afford a full shirt.

Many viewers were completely distracted by the possibility of a nipple-slip by Rain in “Full House.”

7. Not learning from your seniors’ mistakes.

Stylists of “Full House 2” did not learn from Rain’s in the original version.

What about you, Soompiers? What’s on your list of K-drama fails?