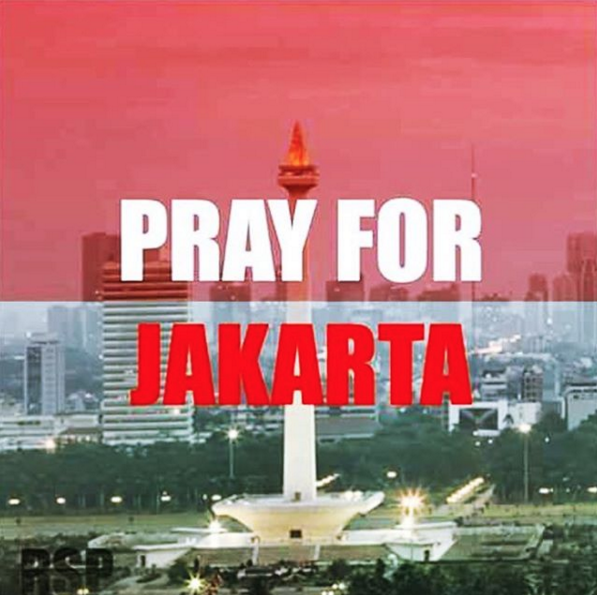 On January 14, a series of explosions and gun attacks occurred in Jakarta, Indonesia. Multiple explosions took place in different places in the nation’s capital. Some of the blast locations were near the Sarinah junction and the United Nations offices. At least seven people are confirmed dead including five suspected attackers.

While it is not yet clear which group was behind the attacks, Indonesia’s President Joko Widodo has called the attacks an “act of terror.”

Upon hearing this news, Super Junior’s Yesung revealed his thoughtful and kind heart as he relayed his prayers and well-wishes for Jakarta and everyone affected by the tragedy.

Soompi would also like to extend prayers and well-wishes to Jakarta.

Super Junior
Indonesia
Yesung
Jakarta
How does this article make you feel?