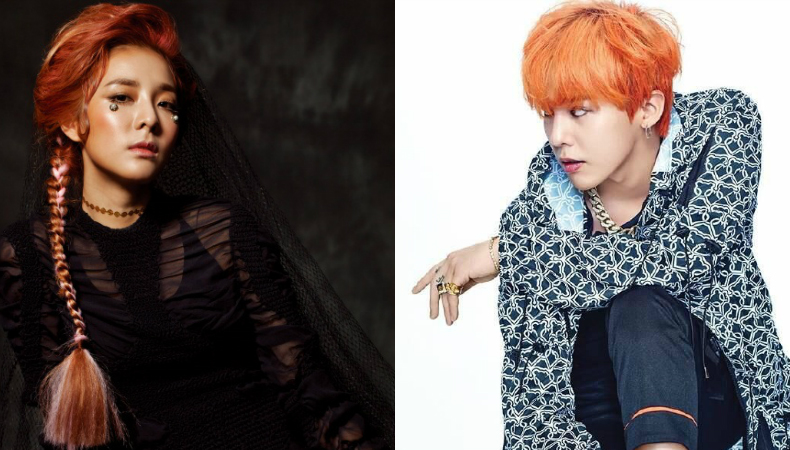 BIGBANG‘s G-Dragon and 2NE1‘s Sandara Park have been unveiled as the new main models for YG Entertainment‘s cosmetics brand Moonshot.

Both known for their youthful and trendy look, the two Hallyu stars will represent the brand in 2016. Previous models for the brand include Jung Yoo Jin, Lee Sung Kyung, and Choi Sora, who are all under the management of YG Entertainment or YG’s modeling agency K PLUS.

Sandara Park will be kicking off the year by starring in the ads for Moonshot’s new spring collection, and G-Dragon will step in later this year to model for Moonshot’s fresh new line of cosmetics targeting men. They are also expected to shoot various beauty spreads for both domestic and international publications.

A representative of Moonshot explained that they hope to increase and consolidate their appeal as a global makeup brand by having G-Dragon and Sandara Park — two leading K-pop icons — as their main models in the competitive K-beauty market.

Launched in October 2014, Moonshot has been available at Sephora stores in Singapore and Malaysia since last fall, following domestic success with the opening of a large flagship store, department store counters, and an online store.

Sandara Park
BIGBANG
Moonshot
2NE1
G-Dragon
How does this article make you feel?