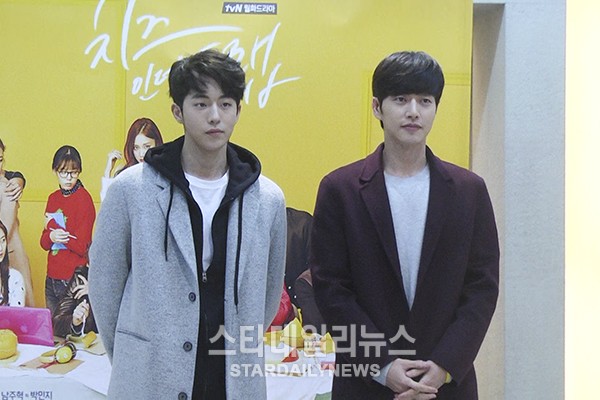 “Cheese in the Trap” actors Park Hae Jin and Nam Joo Hyuk made good on their ratings promise and hosted a free hug event to the joy of fans.

The event took place outside of a lobby in a building on Sookmyung Women’s University campus. The queue to snag a free hug started 30 minutes before the start of the event, and the stars left immediately after its conclusion for security reasons. For an hour, the two stars gave warm hugs to fans, in keeping with Park Hye Jin’s previous promise to host such an event if the ratings for “Cheese in the Trap” exceeds five percent.

The drama broke five percent as early as its third episode, and the location and details of the free hug event were determined through a vote on the drama’s portal site.

You can watch footage from the event below.

*A previous version of this article misspelled Park Hae Jin.

Nam Joo Hyuk
Cheese in the Trap
Star Daily News
park hye jin
How does this article make you feel?