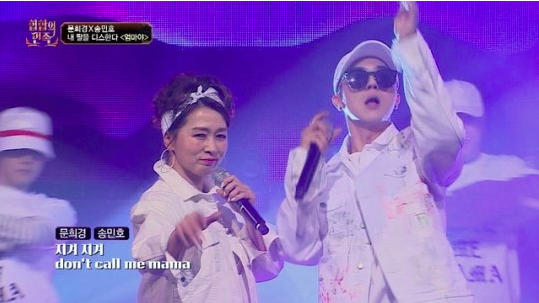 WINNER’s Song Mino recently made an appearance on the JTBC show “Nation of Hip-Hop!”

The variety show challenges grandmothers to work with hip-hop producers and try their hand at rapping. The grandmas come from a variety of backgrounds including entertainers and non-celebrities.

The semifinals of the competition took place in the May 6 episode, while the theme for the round was “family.” Actress Moon Hee Kyung teamed up with Song Mino and said, “I don’t think family should only be sung about in a sentimental way. My daughter is now in high school and I want to release all the stress that built up while raising her.” 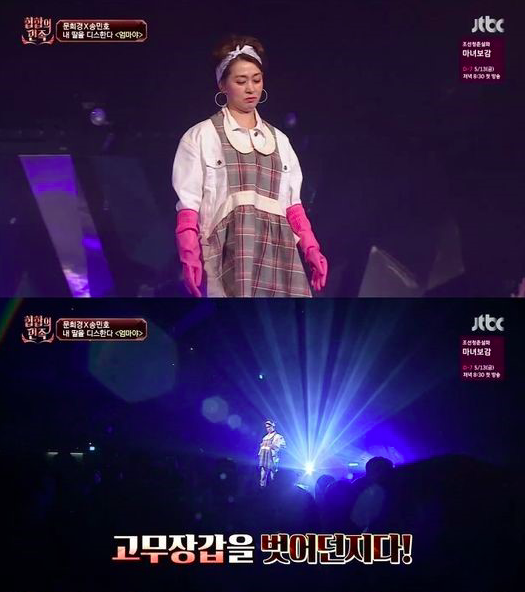 During the performance, Moon Hee Kyung tossed aside the rubber gloves and apron she had first shown up wearing and shouted, “This is what mothers are really like!”

Rapping about some of the things she had felt hurt by over the years while raising her child, her lyrics included the lines, “Mom?/What do you want now?” and “Is it so hard to say ‘You’re cool’ just once?” 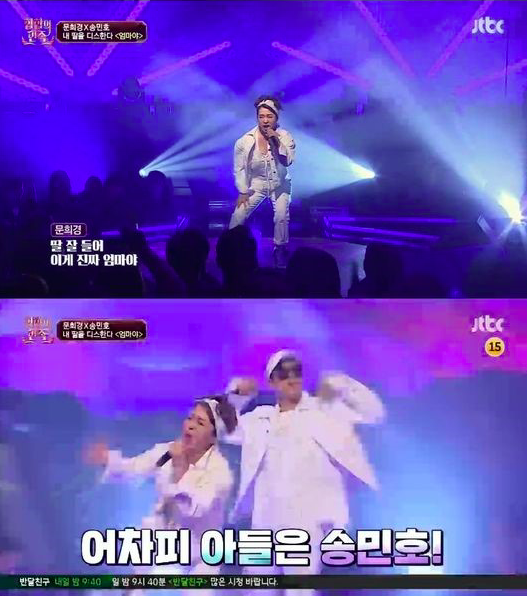 Song Mino played the role of her son during the performance and used the line “After all, the son is Song Mino,” a parody of his line on “Show Me the Money 4.”

The two of them got 169 votes during the live voting, the highest score of the night.