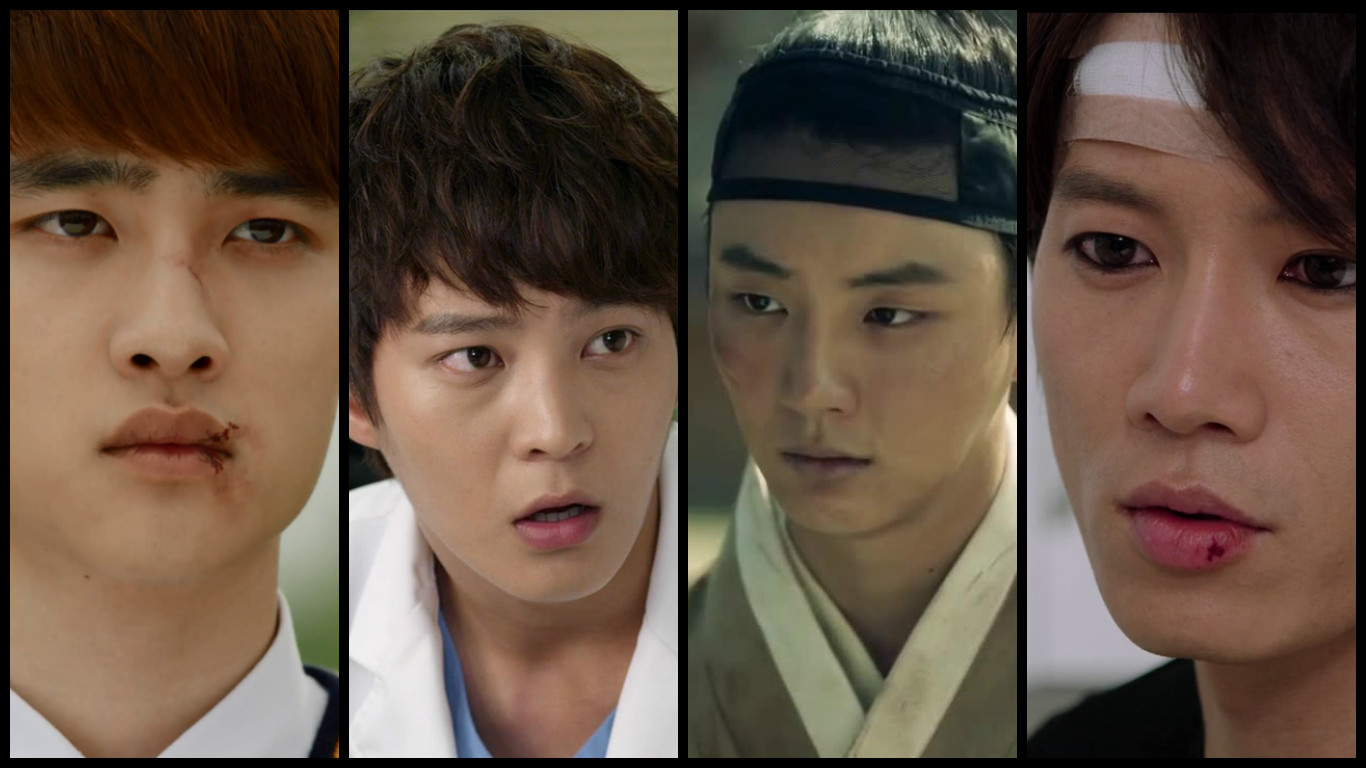 The medical drama is a genre that’s crammed with high-intensity emotions and action due to the life-and-death nature of the medical field. Combine that with K-drama’s flair for the sensational, and Korean medical dramas become a powerful vehicle for storytelling! Let’s take a look at the top nine medical dramas that have graced our screens over the years. 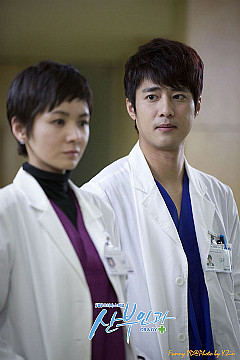 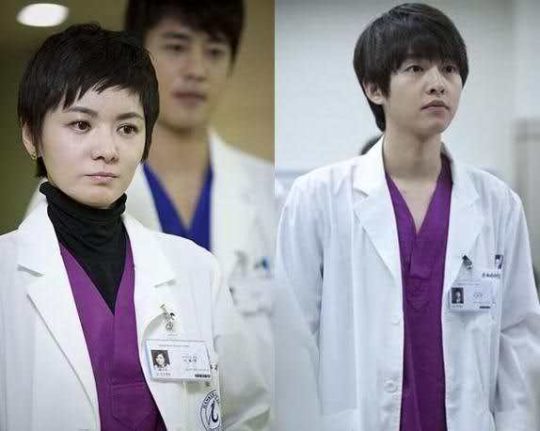 This oldie but goodie SBS drama stars Jang Seo Hee of “Temptation of Wife,” one of the most influential dramas of the 2000s, and Go Joo Won, king of the historical dramas. The pair have great chemistry that is complicated by her pregnancy. It is purely a medical drama (in the days before fusion dramas became popular) mixed with slice-of-life that dives into the life situations of the doctors in the hospital, and delivers strong moral dilemmas and solutions. Plus, Song Joong Ki is just so cute with that longer hair and the moony eyes!

This fusion political/medical drama about the North Korean doctor played by the intense Lee Jong Suk is a wild ride through the world of medicine, surgery, and the murky socio-politics that defines North-South relations. Mix in his first love with dubious loyalties, Park Hae Jin as his competitor, and Kang Sora as an ambitious female doctor in a world dominated by men, and we have one eclectic drama. Don’t forget the ridiculous number of adorable faces that Lee Jong Suk makes.

Like “Obstetrics and Gynecology Doctors,” “Emergency Couple” tackles the difficult subject of divorce. It does so in a creative way by making the divorced couple (played by the whimsical Song Ji Hyo and the charming Choi Jin Hyuk) re-evaluate their relationship and their feelings for one another while making their rounds through the ER. Through funny (and not-so-funny) antics like public fights, silly misunderstandings, and second lead interventions, the couple finds their way back to each other. The cases they work on as doctors illuminate their relationships and their outlooks on life. It’s a even integration of humor, medical, and some of the tougher stuff in life.

“It’s Okay, That’s Love” put itself out on a limb and tackled a somewhat taboo subject in Korea (and many other parts of the world): mental illness. The show follows the inner workings of a psychiatry department and the daily life of a doctor (Gong Hyo Jin) with a sex and intimacy-phobia, and the man she falls in love with (Jo In Sung), who suffers from an undiagnosed mental illness. This show delivers funny, yet heart breaking stories in the form of patients, their caring and well-meaning doctors, and their journey towards wholeness and soundness of mind. The bromance between Lee Kwang Soo as a patient with Tourette’s and his doctor and friend played by Sung Dong Il is particularly warm and poignant.

Recent smash hit “Descendants of the Sun” is a fusion military/romance/medical drama with Song Joong Ki and Song Hye Gyo as the intercontinental lovers who have captured audiences the world over with their epic romance that struggles through natural disaster, diplomatic relations, and more. Through the incredible situations the couple and their comrades find themselves in, they must find ways to save, protect, and heal the people abroad and in their homeland. Soldiers and medical professionals work together and the experiences make them grow. SHINee’s Onew plays a character who learns what true selflessness means in one of the most touching idol-played roles to date. On top of all the action, the series is beautifully done, filming in Greece and the beautiful Korean countryside and boasting of clean, clever editing and a standout OST. 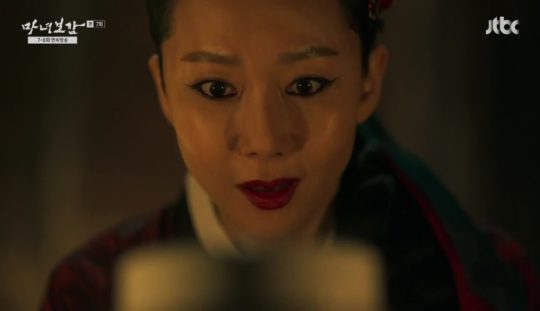 Another recent fusion drama takes a more fantastical look into medicine. Yoon Si Yoon plays the famous court physician Heo Joon before he was famous or a physician. He falls in love with a young woman who happens to be a cursed princess (Kim Sae Ron in her first adult role) whose curse takes lives and is powered by the immensely creepy Hong Joo (Yum Jung Ah). What makes this fusion drama worth the watch is how the young couple uses herbal medicine to save lives (the very medicine for which Heo Joon is famous) while Hong Joo counters it with black magic. Yum Jung Ah is amazing as a powerful villain. Kim Sae Ron grows Princess Yeon Hee from a timid, ignorant young girl to a self-confident woman who takes charge of her situation. There is so much more to this drama than this paragraph, though!

This romantic medical drama features a strong lead played by Park Shin Hye in the most unique role of her career thus far: Yoo Hye Jung. Although this drama is still airing, it is Park’s tough and concurrently feminine character that makes the show worth the mention. We follow her journey from young delinquent to brilliant doctor and her adventures with her teacher and love interest, Kim Rae Won, and colleagues in the neurosurgery unit of a hospital. Some hospital politics plague the plot, but the cases and how the doctors tackle them are what colors it for the better. Keep your eye on Viki for the latest episodes.

“Good Doctor” tackles a widely misunderstood disorder: autism. Joo Won plays the main character Park Si On, a high-functioning man with severe autism. Joo Won is magnificent in his portrayal in that he doesn’t make Si On seem silly or unintelligent, but as someone who genuinely does not comprehend how to function in social situations or under duress. Moon Chae Won, as always, has a quiet strength about her as her character struggles to understand her colleague. The show layers a medical setting with a lead character who has a disorder. Brilliant. Although not always correct (call it artistic license), the show also educates while showering audiences with interesting cases and blooming romance.

Kill Me, Heal Me

In line with “Good Doctor” and “It’s Okay, That’s Love,” fusion medical/mystery/romance “Kill Me, Heal Me” takes a fantastical look at a rare, but well-known, psychological disorder known as dissociative identity disorder (formerly multiple personality disorder.) Using visual and aural cues (like a tattoo to show a more sinister personality), the drama examines what fractures the human mind and what puts it back together. Ji Sung as Cha Do Hyun is a show stealer as he transitions between personalities in voice, manner, posture, and line delivery. He is hilarious as his female personality who literally chases after handsome oppas, and smolderingly sexy as the dangerous personality. Hwang Jung Eum is the perfect counterpart to his high-energy personality shifts because her on-screen energy is calm. This drama loves to break the fourth wall (by having fictional characters directly address or acknowledge their audience) and the meta inherent in that is priceless. The mystery will definitely keep you on your toes and hoping the best for the family of personalities on screen.

Which has been your favorite medical drama over the years, Soompiers? Leave us a comment below!

Raine0211 is a lover of all things Korean, especially K-pop, K-drama, and Korean food. When she’s not writing for Soompi, she’s playing the cello and singing. She happily indulges in all kinds of K-pop, but her biases are SHINee, Infinite, and VIXX. She lives with her sister, her friend Elsa, and her two cats, Timmy and Momo, all of whom also love K-pop and K-drama.

Good Doctor
Soompi Spotlight
Emergency Couple
Doctor Stranger
It's Okay That's Love
Kill Me Heal Me
Descendants of the Sun
Doctors
Mirror of the Witch
Obstetrics and Gynecology Doctors
How does this article make you feel?