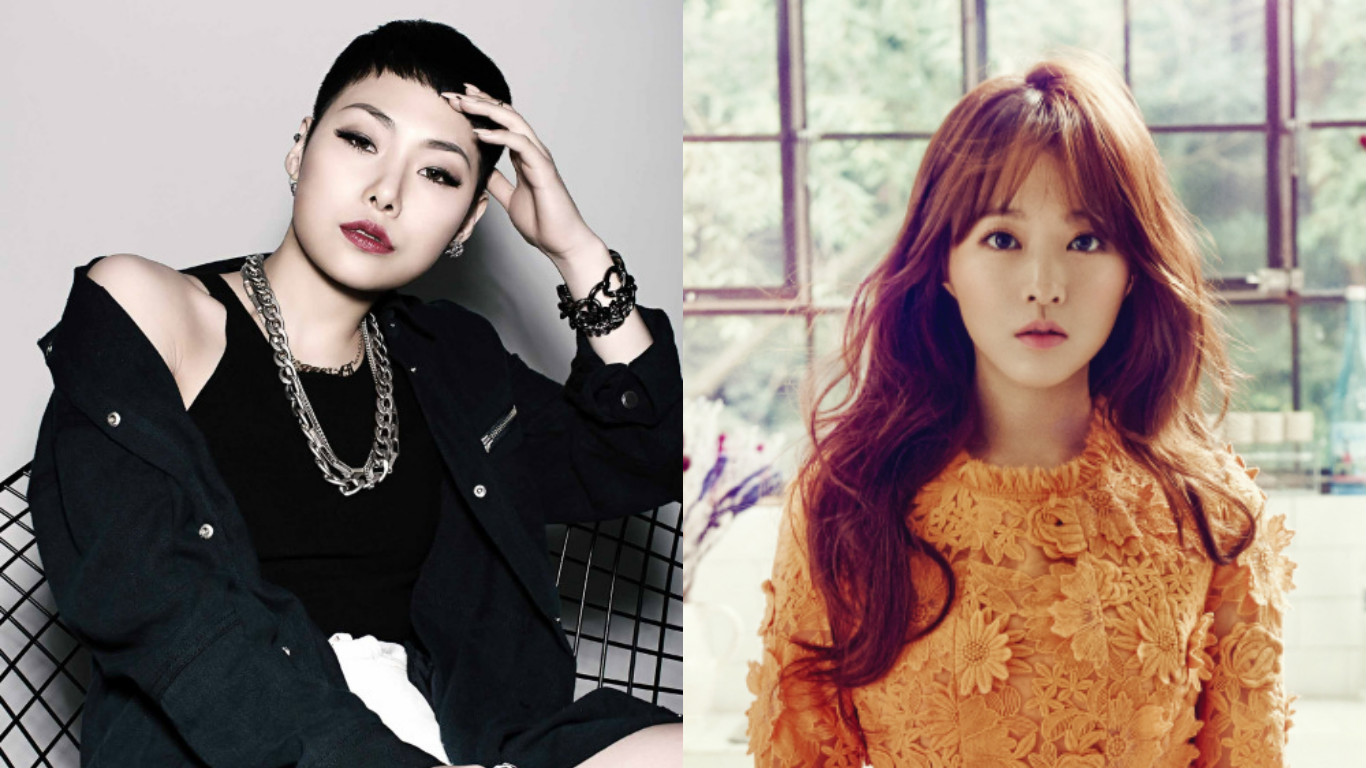 Stars You Won’t Believe Are The Same Age

Age is very important in Korean culture. Asking someone’s age at the beginning of your acquaintance is a common practice, so you can decide how formally or informally to speak. Sometimes you can guess without asking – but making a mistake can lead to misunderstandings. 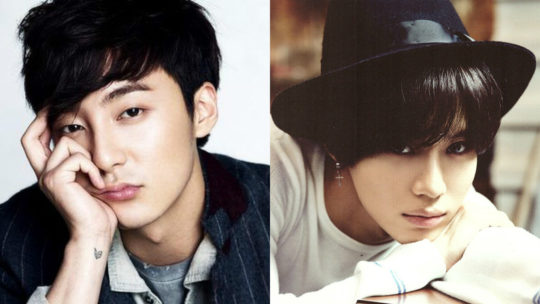 SHINee’s Taemin, who debuted as a middle school student, has been fixed in fans’ minds as the cute and young maknae of his group. Roy Kim, on the other hand, debuted on “Superstar K 4” when he was already in his 20’s, and has a more mature image. However, both of them turned 23 this year (in fact, both are born in July of 1993). 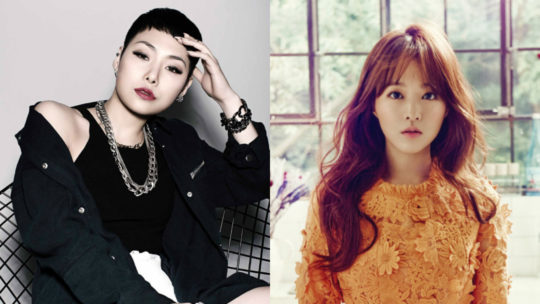 Public images clash here as the petite Park Bo Young matches up against rapper Cheetah, who has been built up as more of a “strong unni” [older sister]. Their makeup styles also differ, with Park Bo Young preferring a more natural style and Cheetah preferring a bold look. In any case, both career women are born in 1990, making them 26 this year. 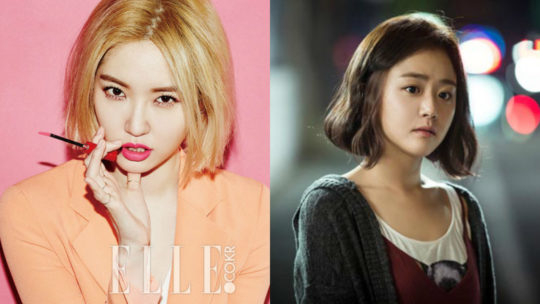 These two actresses might be the same age, but they play up totally different images. Moon Geun Young has always been seen as the “nation’s little sister,” while Kim Sae Rom has built her career around a more sexier image. Both women debuted as models but Moon Geun Young’s start as a child actress and Kim Sae Rom’s focus on variety shows put them in different spheres. Both actresses are born in 1987 and will turn 29 this year. 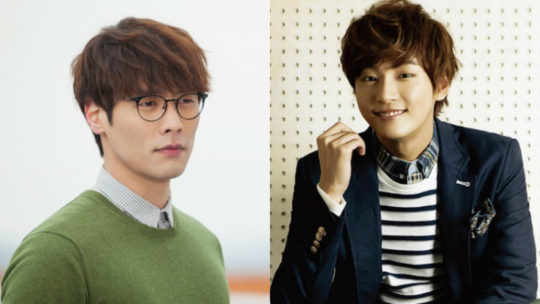 Both actors are born in 1986 and starred in the same drama (“High Kick Through The Roof“) – but played uncle and nephew! Yoon Shi Yoon recently starred in “Mirror of the Witch” and managed to pull off some convincing chemistry with Kim Sae Ron, who is 14 years younger than he is. Meanwhile, Choi Daniel continued to play roles above his actual age by playing the teacher in “School 2013” opposite his similarly-aged peers. 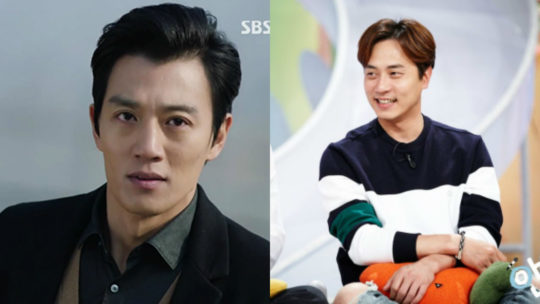 Is this the difference between an actor’s image and an idol’s? Both the “Doctors” star and the Shinhwa maknae turn 35 this year (born in 1981). 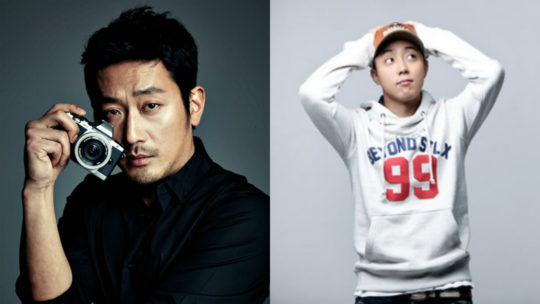 Eun Ji Won debuted as Sechs Kies’s charismatic leader, but for the past few years he has been known for his child-like image, often playing pranks and being petty on variety shows. Meanwhile, Ha Jung Woo goes for more intense roles in his movies, making him seem older than the former idol. Both men are born in 1978 and turned 38 this year. 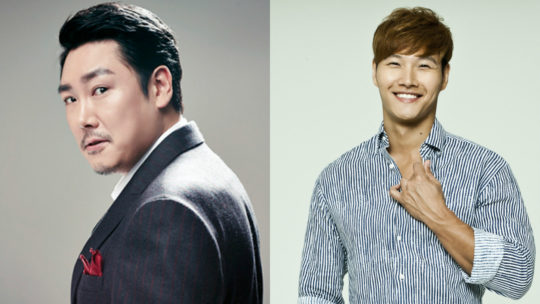 Many people were shocked to learn these two were the same age when Jo Jin Woong appeared on “Running Man” and Kim Jong Kook addressed him informally and affectionately. Jo Jin Woong has openly acknowledged that he looks older than his years, comparing himself to fellow actors Cha Tae Hyun, Jang Hyuk, and Song Seung Heon (who are also born in 1976). Jo Jin Woong and Kim Jong Kook turned 40 this year. 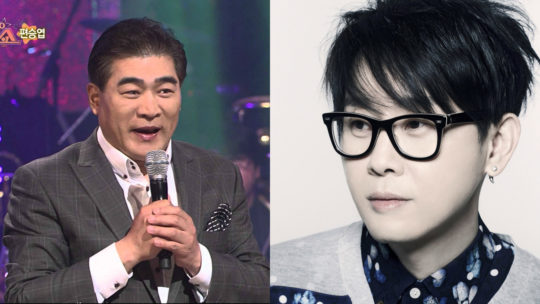 These two men shocked the world when they revealed they attended the same elementary school together. Pyun Seung Yeob debuted with the song “Chan Chan Chan” and aimed for a more veteran singer image, while Lee Seung Hwan has been called “the eternal Little Prince.” Both are born in 1965 and turn 51 this year. 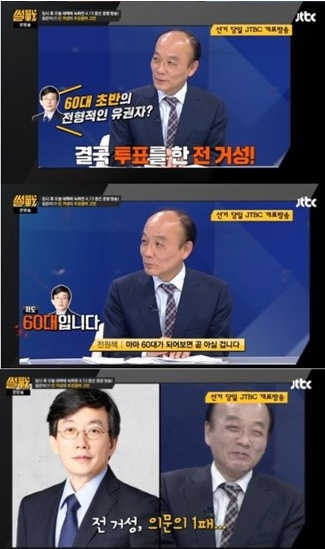 Jeon Won Chaek, a lawyer, and Son Suk Hee, the president of JTBC, met on an election broadcast. Jeon Won Chaek was speaking about the voting style of people in their 60’s and said to Son Suk Hee, “You will know once you’re in your 60’s.” However, Son Suk Hee responded, “I’m also in my 60’s,” taking Jeon Won Chaek (and everyone else!) by surprise. However, the two are not exactly the same age.

Do you agree with the list? Who would you have included?