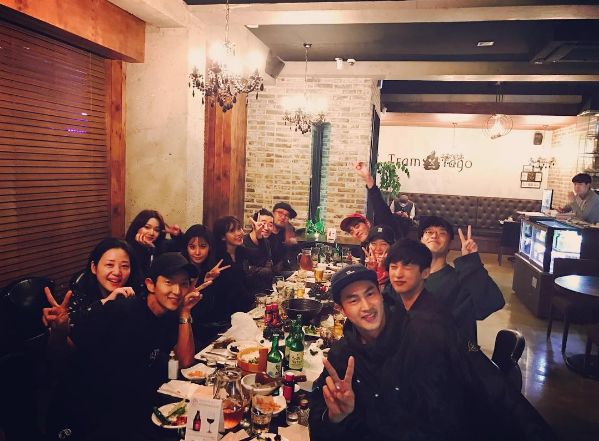 Many members of the cast and crew of the SBS drama “Scarlet Heart: Goryeo” recently reunited at a cast dinner!

Seohyun also uploaded a shot of their happy reunion to her own Instagram. She writes, “Together with my ‘Scarlet Heart: Goryeo’ family members, who I was glad to see when we gathered for the first time in a while.”

Hong Jong Hyun shared another photo from the dinner, with the caption, “‘Scarlet Heart: Goryeo’ team for the first time in a while! It was great to see everyone, even though there were some people who couldn’t make it because of their schedules.”

“Scarlet Heart: Goryeo” was filmed entirely before its premiere, so it must have been great for the cast and crew to meet up again after wrapping up filming this summer. The drama currently airs every Monday and Tuesday on SBS.