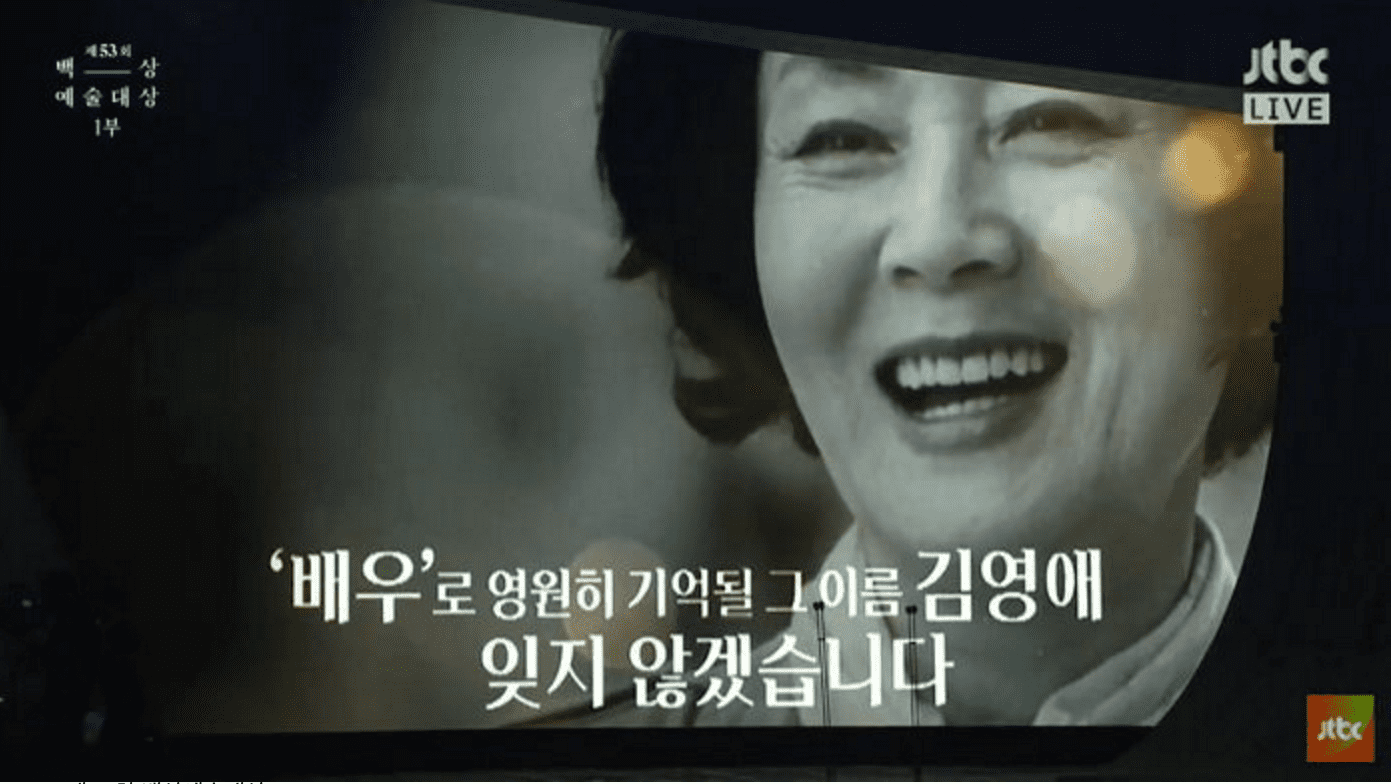 On May 3, the 53rd Baeksang Arts Awards took place at the Seoul Coex D Hall to celebrate the best and brightest of Korean film and drama this year.

During the ceremony, Ra Mi Ran and Park Shin Hye, took the stage to present the lifetime achievement award, which went to actress Kim Young Ae. Kim Young Ae passed away earlier this year after a battle with pancreatic cancer. 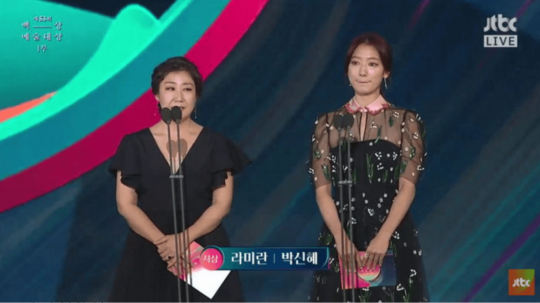 Both presenters had worked with Kim Young Ae in the past and spoke fondly about their memories of her. Ra Mi Ran said, “Kim Young Ae fought her disease until the end because of her passion for acting. She was like a tall, strong, and beautiful tree to us. I will not forget the fire she felt towards acting.”

Park Shin Hye siad, “Kim Young Ae made everyone who call themselves actors feel proud of their profession. I will treasure that attitude that I learned from you.” 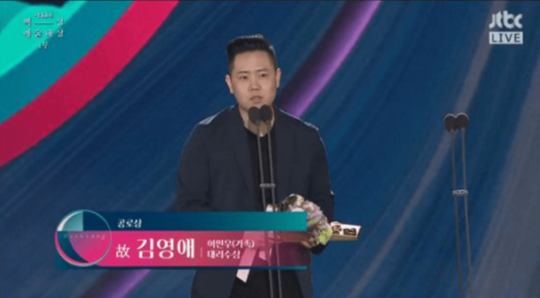 The award was presented to Kim Young Ae’s son, Lee Min Woo, who spoke about his mother’s never-ending passion for acting. “She even refused painkillers so that she could continue to act,” he said. “Even though she is gone, I think she will be happy that she won this award.” 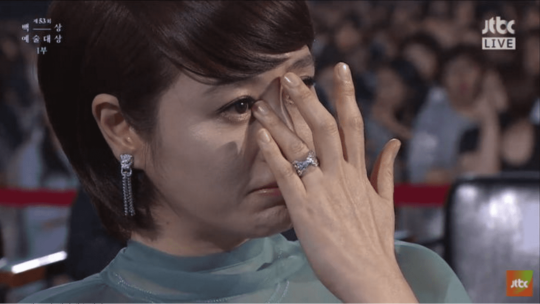 Past videos of Kim Young Ae also played on screen, and one particular clip, where Kim Young Ae said, ‘If I was born again, I’d still want to be an actor,’ drew many tears from the audience, including Kim Hye Soo, Kwak Do Won, and Yoo Hae Jin.