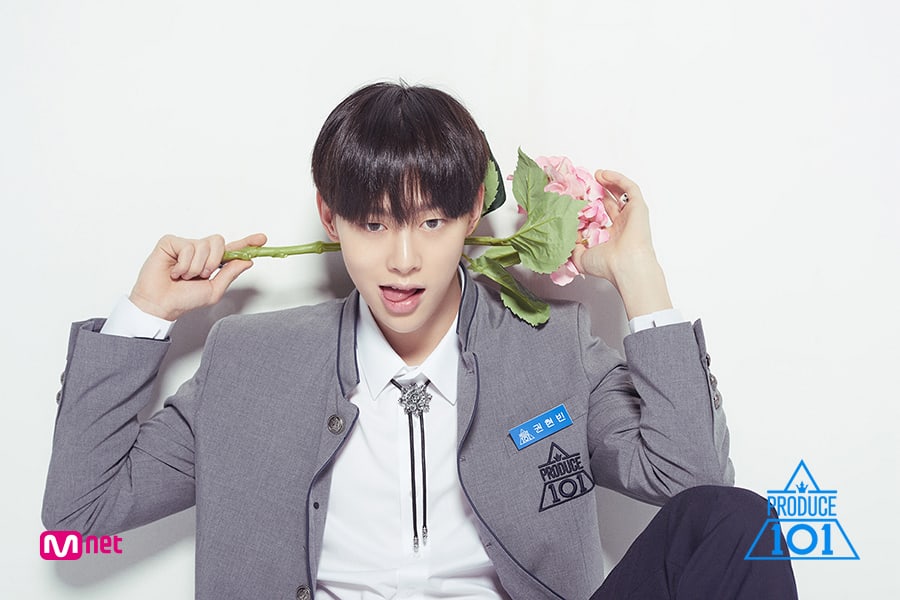 During the interview, he was asked about his mindset while on the show. When asked if he had ever wanted to give up on the show, he said, “I didn’t ever want to give up, per se, but I did feel like I wanted to avoid the elimination rounds because I was scared. In the end, I think it’s a good thing that I was able to beat it.”

Kwon Hyun Bin, having been a model and not having received any formal training to become an idol, got a lot of help from the other contestants to pull him through. He said, “I can’t pick out just one person to thank; everyone supported me so much. I thought everyone would distance themselves from me when I was struggling, but I was thankful that they tried to make me laugh.”

The atmosphere on set, he explained, was always warm. “Although it is a competition, we didn’t think of it as one,” he said.

He also talked about the reason why he decided to go on the show despite already being a model. He said, “I love rapping so I hoped that I would have an opportunity. When ‘Produce 101 Season 2’ came along, I felt like I would never have an opportunity like that again. I was in the dance club briefly in high school, and I had a strong desire to sing and dance at the time. A great opportunity came along, so I wanted to take it.”

He exceeded his own expectations. Kwon Hyun Bin said, “I wrote that I thought I could place third on the show [at the beginning of the broadcast,] but that makes no sense. I hoped that I would get into the top half. But [while on the show,] I promised myself that I would dream big and worked hard thinking that I wanted to make the final 11.”

Unfortunately, he was eliminated when he came in 22nd place. He said, “I’m more than grateful for having come even this far. Of course, I would be lying if I said I wasn’t sad about it, but I felt more like a weight had been lifted.”

Although he didn’t make it into the boy group Wanna One, he certainly made a lasting impression on viewers. Although he started as a model, he now has a diverse number of dreams. He is hoping to be perfect at both walking down the runway and also communicating with fans through music on stage.

Produce 101 Season 2
Kwon Hyun Bin
How does this article make you feel?