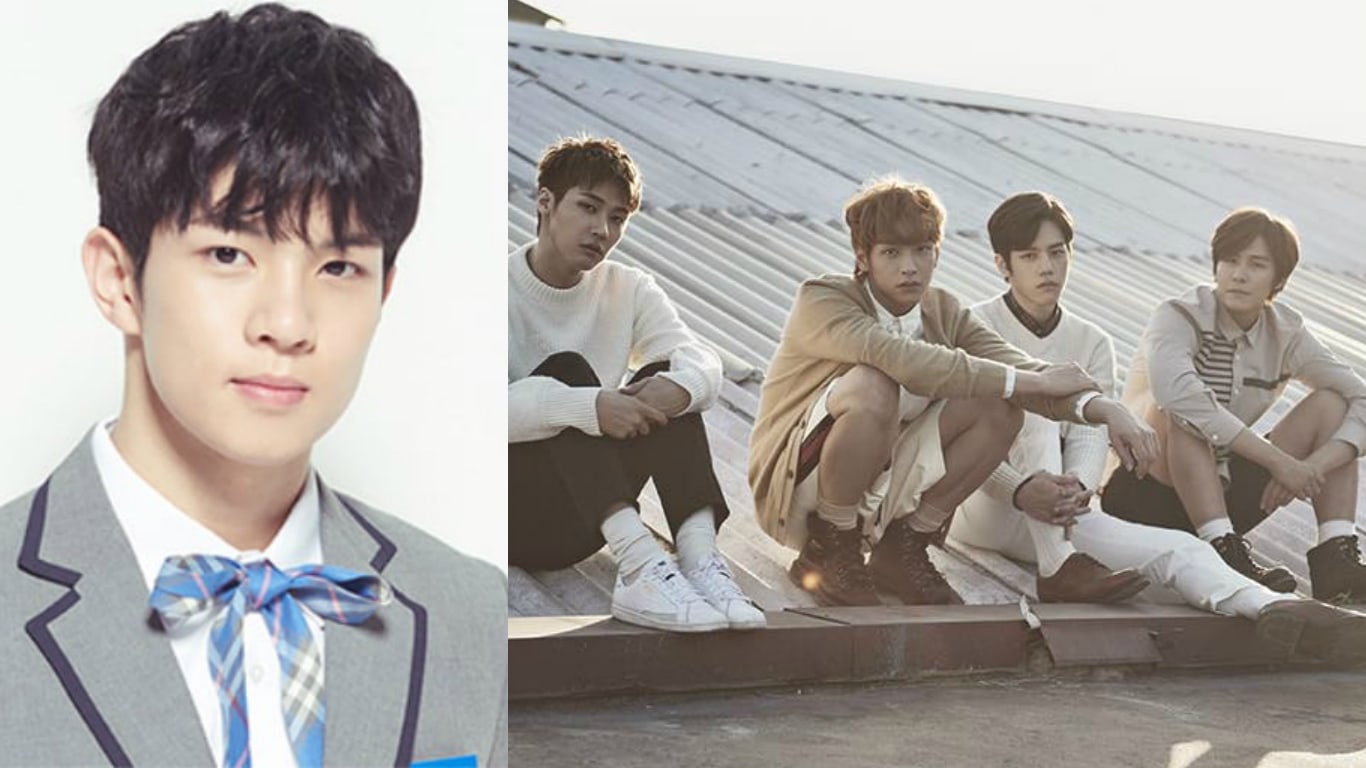 FNC Entertainment trainee Yoo Hoe Seung, who recently appeared as a contestant on “Produce 101 Season 2,” will be joining the band N.Flying as their newest member.

N.Flying’s leader Lee Seung Hyub posted on the group’s fan cafe on June 19 to tell fans the big news. “Both myself and the members, who really love N.Flying, have always wanted to improve musically,” he said. He went on to state that the group knew that they’d be able to have more freedom in their own positions if they added another member, but they have been worried about fans’ reactions.

He announced, “After a lot of thought, we decided to welcome Yoo Hoe Seung as N.Flying’s new member.”

Lee Seung Hyub explained that N.Flying had started collaborating with Yoo Hoe Seung occasionally before he appeared on “Produce 101 Season 2,” and they decided that it would be best to work with him as a member of the team rather than simply collaborate with him on music.

“It may be hard for our fans to accept the sudden news of a new member as you’ve become tired after two long years in which we haven’t made a comeback,” he said. “But you’ll be able to see us go even farther, and we’ll work hard to make better music for you. This isn’t something we are doing lightly.”

N.Flying announced back in February that they were looking for a new member ahead of their upcoming comeback.

Yoo Hoe Seung gained many fans during his time on “Produce 101 Season 2,” through which he was able to show his impressive vocal talents and fun personality. He was eliminated from the show when he came in at No. 39 when the top 35 was announced. You can watch him perform the concept challenge song “Show Time” on his own here!

What do you think about Yoo Hoe Seung’s addition to N.Flying?

N.Flying
Yoo Hwe Seung
How does this article make you feel?