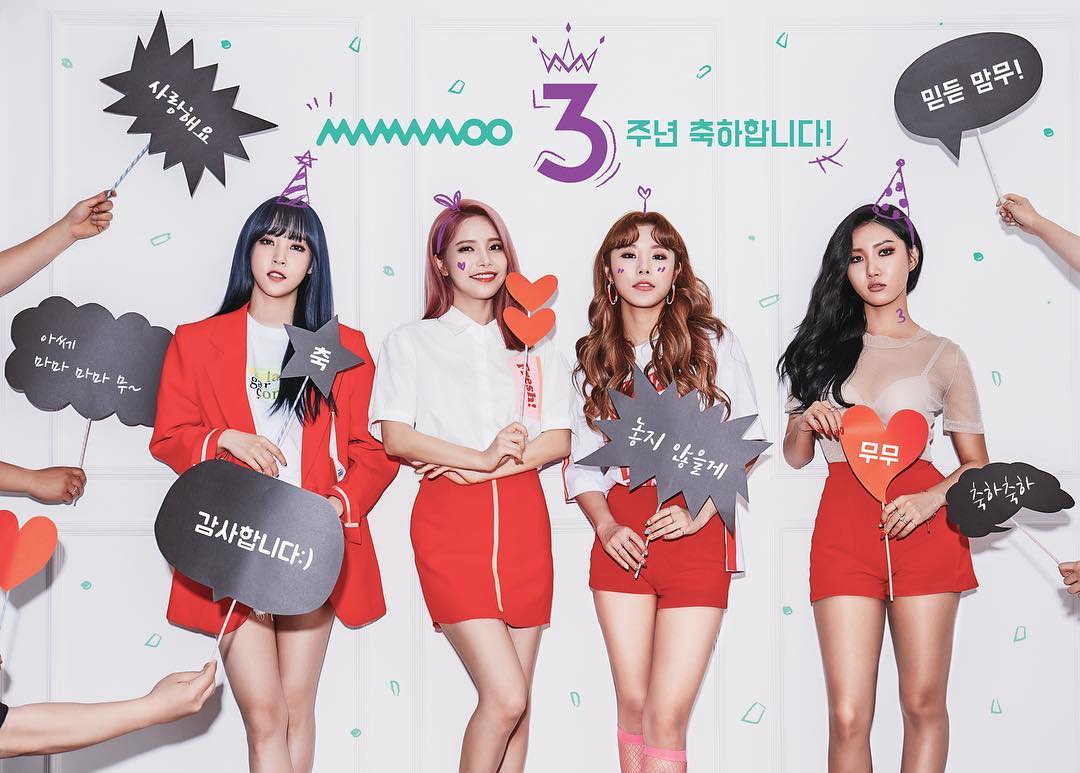 For their third anniversary, MAMAMOO traveled back in time to when they were making their debut in 2014!

On June 19, the group celebrated their third anniversary with fans by uploading a choeography video for their debut track “Mr. Ambiguous.” The quartet donned their famous brightly-colored, retro dresses from their debut for the video, but they told fans to keep their eyes peeled because some parts of their performance would be different than the original.

“Shall we head back in time to that day?” Hwasa asked fans in the video. “We have to go back with MooMoo!” added Moonbyul. In order to travel back in time, they then bounced around and struck a pose like they do in their recent fun dance preview for one of their upcoming tracks.

MAMAMOO is a four-member group under RBW Entertainment that made their debut on June 19 of 2014 with “Mr. Ambiguous” off their first mini album “Hello.” They’ve since made a splash in the K-pop scene as they wowed everyone with not only their impressive vocals but also their energy and charisma on stage. Their fan following has also been boosted by just how entertaining they are off stage as well, with all four members known for being “beagle idols,” a term for goofy, loud, and outgoing idols.

MAMAMOO will be making a comeback on June 22 at 6 p.m. with their new mini album “Purple,” which will feature the title track “Yes I Am.” As we wait for its release, check out their teaser photos and track list, as well as their music video teasers!