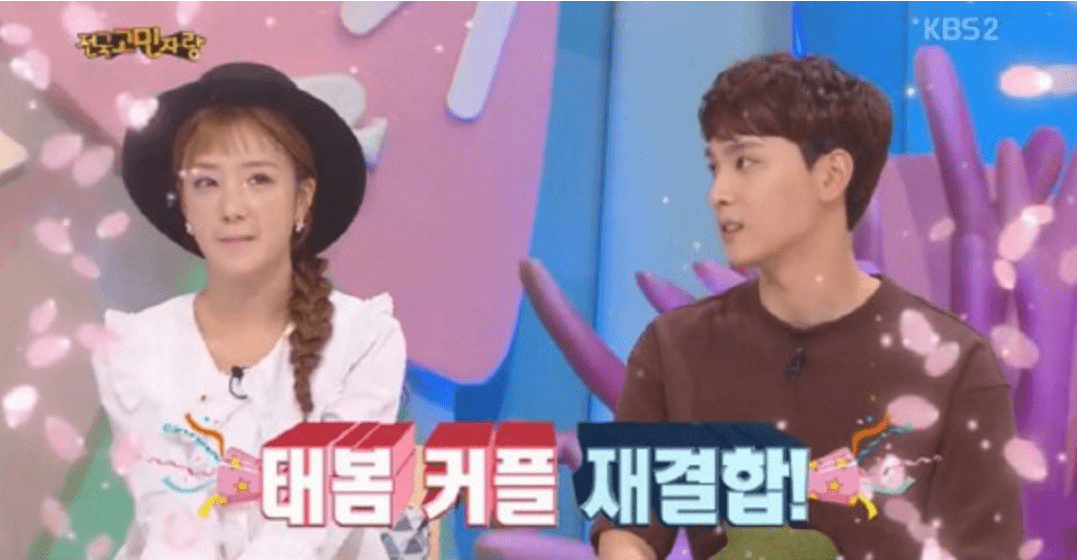 It’s been a while since we’ve seen this couple onscreen!

Choi Tae Joon, who is an MC on the show, said of Bomi’s appearance, “This is our first time meeting after our virtual marriage ended.”

Choi Tae Joon and Apink’s Bomi were a couple on the variety show “We Got Married” from October 2016 to March 2017.

During the show, Choi Tae Joon also took Bomi’s hand and said, “Her hand is so small and cute,” but was quickly embarrassed at acting romantic for the first time in a while. He also named Bomi’s octopus stir-fry as one of the most memorable moments on the show, while Bomi thought it was the fans who used to hold up placards with their nickname, “Tae-Bom.”