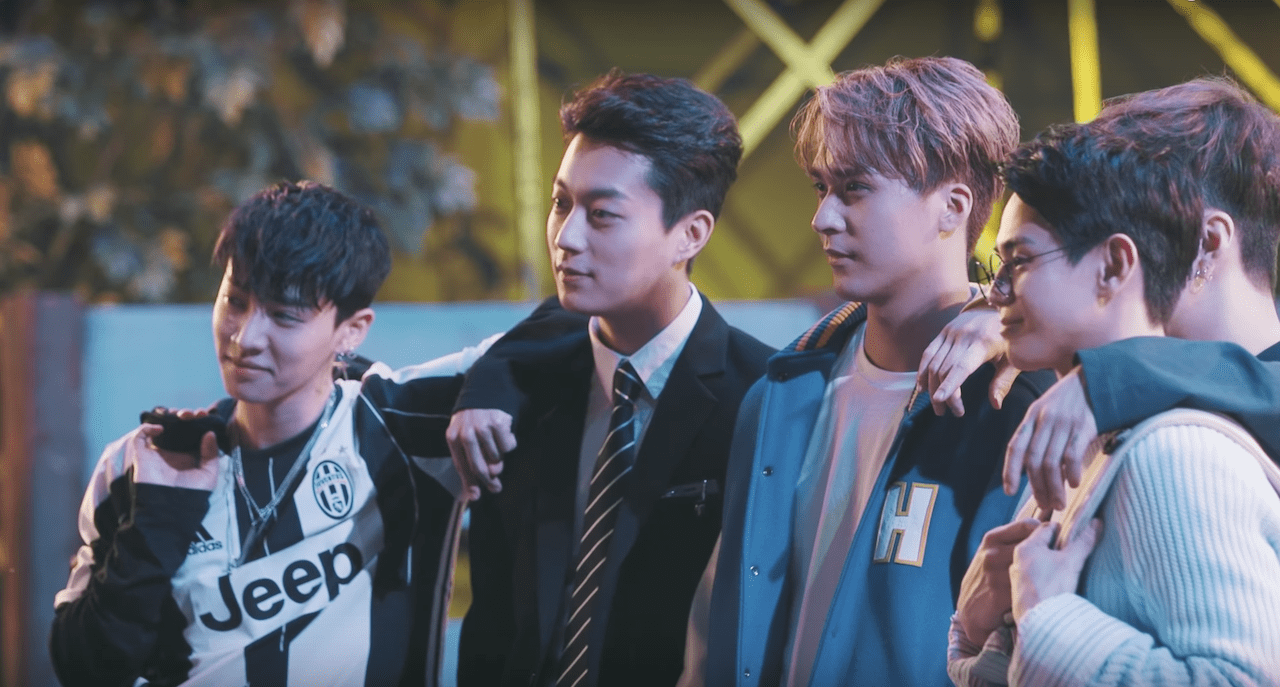 Watch: Highlight Tries Their Hand At Acting In “Calling You” Making Film

On June 19, Highlight released the making film for “Calling You,” taking fans behind the scenes during the music video shoot.

The music video for “Calling You” was more story-centric than performance-centric, with the five members of Highlight each playing a character who was dumped for various reasons. During the making film, they each explained their specific role.

Yong Junhyung said they drew lots and he ended up being the first to film again. His character fails a job interview and picks up the phone to call his ex-girlfriend before heading to the bar where we meet all five members at the beginning and end.

Yoon Doojoon introduced fans to the set and his role of a busy employee who has no time to spend with his girlfriend and ends up getting dumped. Meanwhile, Son Dongwoon tried his hand at painting, fake-drinking, and partying while Yang Yoseob was the polar opposite as a university student who can’t drink and only focuses on his studies and ends up getting dumped as a result. Lee Gikwang plays an athlete who tries to drown his sorrows in exercise.

They then joked about the scene where they suddenly get up and dance and came up with various theories for why this scene was included, such as “The director made us,” “It’s in your imagination,” “Because we’re idols,” and “Because we needed more views.”