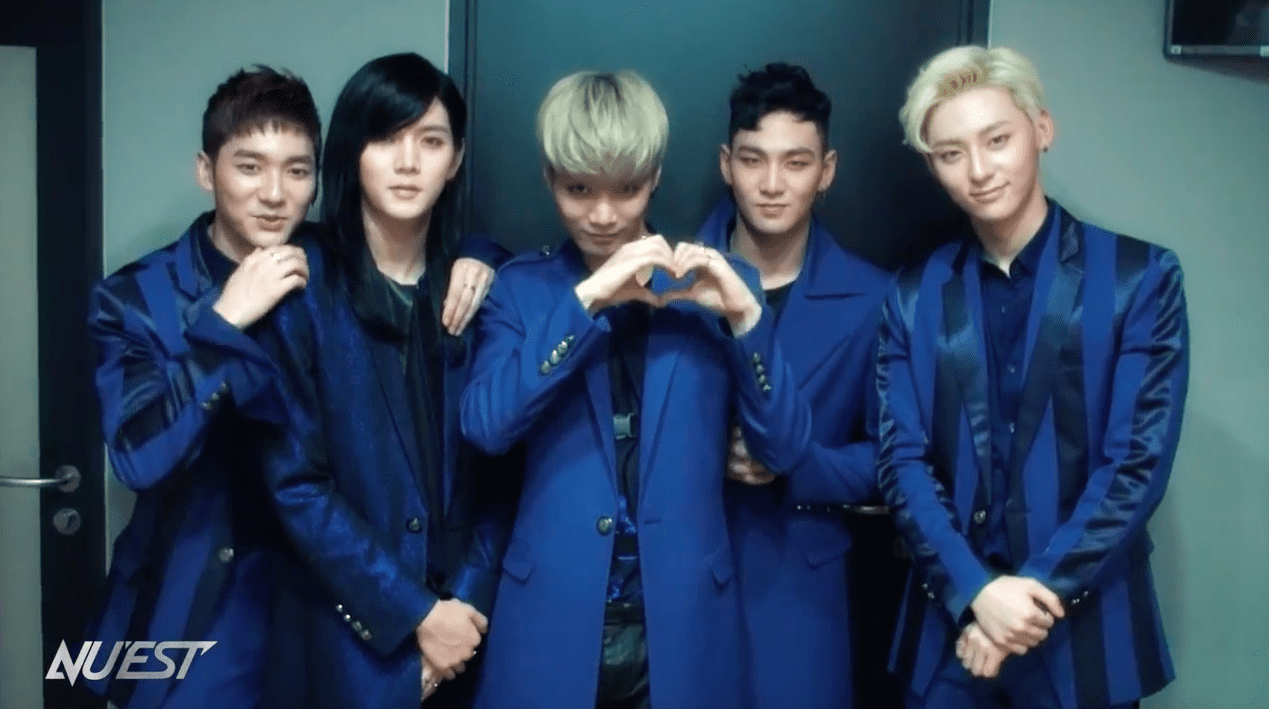 8 Things You Need To Know About NU’EST

Since the airing of “Produce 101 Season 2,” there has been a huge surge of interest for NU’EST. Hwang Min Hyun eventually made it into the final lineup of Wanna One, but he isn’t the only one receiving the spotlight. All of the members are seeing an increase in popularity, resulting in official NU’EST fan cafe enrollment tripling in weeks following “Produce 101 Season 2”!

Here are a few things you should know about this group! 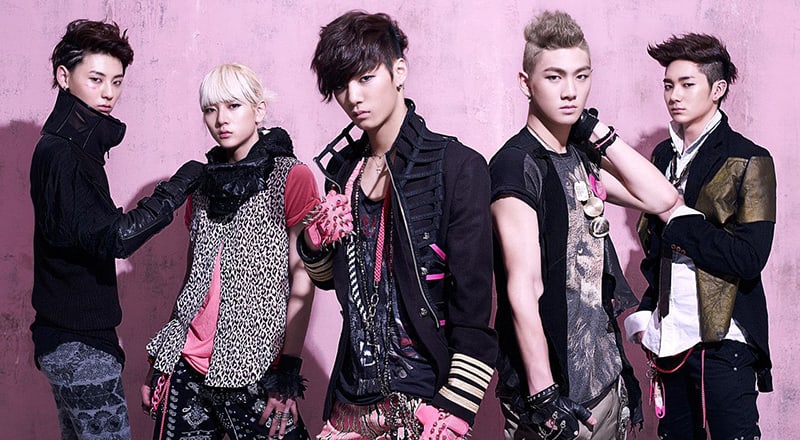 NU’EST was originally part of the trainee group called Pledis Boys, which was under Pledis Entertainment. This group eventually split into two groups: Tempest and NU’EST. NU’EST then debuted on March 15, 2012. They have a total of five members:

First, there is JR (or Kim Jong Hyun), who is the leader and the main rapper of the group. At first glance, he gives off a serious vibe, but fans will quickly realize that he is charmingly sweet with a huge sense of responsibility.

Second is Aron, who came from the United States and loves his fans too much. He is the eldest member (born in 1993), and he can rap, sing, and dance.

Then we have Baekho (also known as Kang Dong Ho), an impressive vocalist with an initially intimidating appearance. But he always proves himself to be surprisingly approachable, even with his tattoos and muscular build.

Fourth is the princely visual, Hwang Min Hyun. He has a quiet and reserved persona that often leads others to think he is cold at first. But his caring personality shines through after he gets closer to whoever he is with.

The last member is the mischievous maknae, Ren (or Choi Min Ki). All of the members, except Aron, were born in 1995! This helps to explain why they are so close to one another, and Min Ki is no exception. He is incredibly sassy and firm in his opinions, making fans fall for his alluring confidence. The other four have voted for him as the most naive member, but he merely has a big heart that sees the best in those around him.

2. They have a fandom name and an official color. 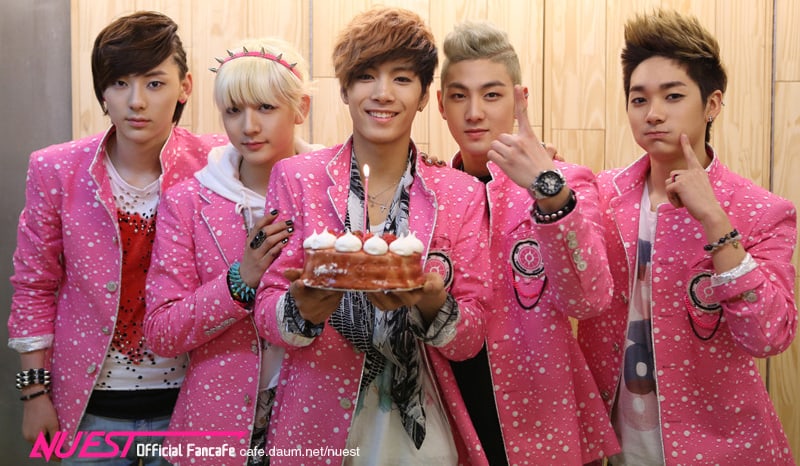 When NU’EST is written in Korean it looks like this: 뉴이스트. Once you remove all the vowels, it looks like this: ㄴㅇㅅㅌ. In the end, it is easy to see where they got the inspiration for their fandom name L.O.Λ.E. Don’t worry if you can’t read Korean though; it is pronounced in the same way as the word love!

If you’ve been seeing pink everywhere in all of your feeds, it isn’t a fluke or a coincidence. NU’EST’s official color is neon pink, and it can be seen everywhere right now! Their old outfits, their group logo, fancafe, and even their photo shoot backdrops are all sporting this bright, retro shade.

3. They are musically talented and diverse.

NU’EST originally debuted with a techno hip hop and urban electro sound that won over tons of fans. Since then, they have challenged numerous music genres including ballads, mystic fantasy, and electro R&B. They have pulled off all of these genres and have received praise from experts over the years for some of their ballad and R&B tracks!

The members were also involved in the composition of every track in their album “Q is,” which included their upbeat and highly addictive track “VVITH.”

These five musicians continued to work on the composition of their own pieces when they released their fifth mini-album, “Canvas,” in 2016. The album stayed true to the electro R&B genre that they had previously done, and contains the tantalizing title track “Love Paint (every afternoon).”

4. They had a super solid debut.

NU’EST became incredibly popular with their debut music video “Face,” and they were considered sensational power rookies in 2012. Their urban electro sound with dubstep undertones received a lot of attention even though they were a new idol group. “Face” garnered millions of views and was at one point one of the most popular K-pop debut music videos.

Check out their debut music video below!

5. They are absolutely determined to succeed.

While it might be true that they’re becoming more famous after “Produce 101 Season 2,” these five boys have struggled for so long to get to where they are today. They received their first taste of stardom after their debut, but were soon known as an underrated group. On numerous occasions, the members admitted that they knew most of their fandom had left them behind and that they felt like giving up. Thankfully, the five of them have stuck together despite everything! Kim Jong Hyun especially carried the burden, as he felt it was always his responsibility as the leader.

After it was announced that four of the members were going to participate in “Produce 101 Season 2,” they trended worldwide on Twitter. They continued to gain attention throughout their whole appearance on the survival show, and Jong Hyun went viral despite not making the top 11 during the finale. Their old albums have been selling out, and many of their tracks have been rising on Korean music charts! Fans even flooded Pledis Entertainment with requests for them to make use of NU’EST’s newfound fame.

6. They are ready to make social statements.

The name NU’EST stands for new, established, style, and tempo. It represents how their music strives to be different from the music of other artists. They also previously represented teens and gave a voice to issues like school violence and conformity with their first two music videos, “Face” and “Action.” This group immediately showed the world that they were ready to take on commonly ignored social issues.

They still haven’t stopped showing support for important causes, and Min Ki is almost always at the forefront! He was previously spotted visiting the Sewol Ferry Memorial in memory of the tragedy that occurred on April 16, 2014. He can also be seen wearing a bracelet in memory of the victims in some “Produce 101 Season 2” footage. 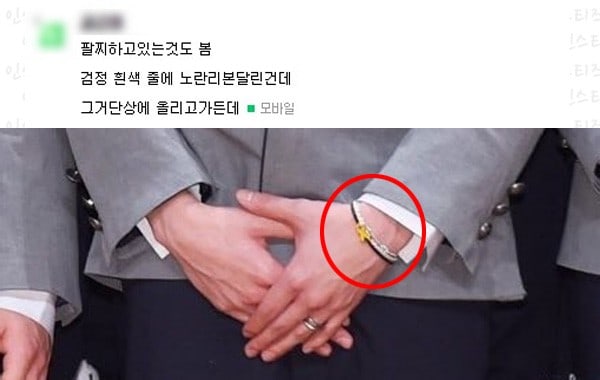 Probably the most noticeable statement NU’EST makes is in the way they constantly push the borders of gender perception with Min Ki’s androgynous stage image as Ren. In an era where people find freedom and happiness in looking however they want, many individuals are still pressured to fit the expectations of those around them. Min Ki enjoys the liberty of appearing however he pleases without allowing his masculinity to be threatened. He recently modeled for a Chinese clothing brand that makes gender-neutral clothes. This brand stresses how fashion and clothes can be used to make an impression, whether a person is male or female.

All of the members have done acting over the years, resulting in a long list of appearances in movies, dramas, and other musicians’ music videos. Min Hyun and Min Ki are the two members who have done the most acting, and they often impress others with their talent. NU’EST’s acting is not limited to the Korean market alone, as the members have even appeared in Chinese and Japanese productions because of their international promotions. Their most notable acting venture is probably the Japanese film “Their Distance.” This captivating story about the struggles of young love was directed by Rikiya Imaizumi and was shown at Japanese film festivals.

8. They aren’t afraid of being adorkable.

A group’s internal dynamic can either make or break its appeal as fans’ interests begin to delve deeper into the members’ personalities. NU’EST has nothing to fear in this department! All of the members have genuine, playful, and fun-loving personalities. The five of them have been together for so long that they seem like a family. It is great for fans to see NU’EST trying their best and having fun, even when the going gets tough!

Here are just a few great moments of NU’EST cutting loose and having fun.

Fans hope that Min Hyun and Dong Ho will never change after seeing this clip of them playing on a swing set like little kids.

There is never a better time to post embarrassing videos of your friends than when they make comedic mistakes during dance practice!

Hopefully, L.O.Λ.Es can count on seeing the five of them being so dorky that they end up laughing together again!

Here is the last clip of their “serious” leader responding to fan requests and doing his famous crazy dance!

It’s thrilling to see NU’EST starting to get the attention they deserve! We want to welcome all of the new L.O.Λ.Es into the fandom, and wish Min Hyun only the best with his future Wanna One promotions. Here’s to the epic journey of NU’EST and their fans!

Check out their MV For “Where You At” here, and let us know what you love about NU’EST in the comments!