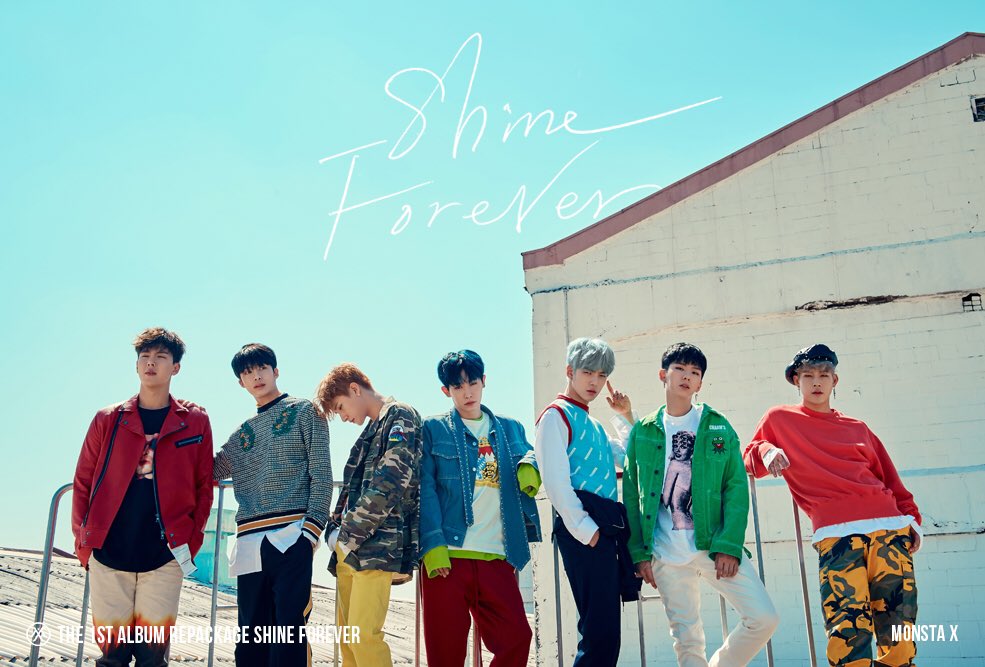 On June 19, ahead of the release of “Shine Forever,” MONSTA X held a Naver V Live broadcast to talk about their first repackaged album.

Kihyun introduced their title track (also titled “Shine Forever”) and said, “The song repeats the words ‘shine forever’ a lot. It means that we will always make you shine.”

Shownu added, “If you look at the photos, the concept seems brighter than ‘Beautiful,’ but the song isn’t actually as bright as you might expect.” 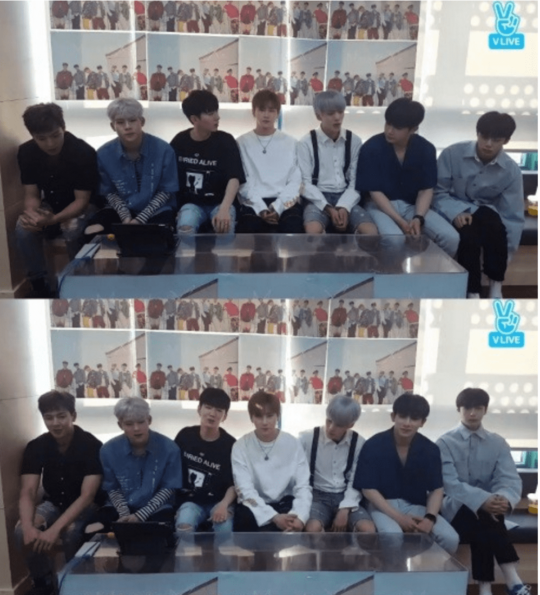 The group also shared stories from the music video filming. “We went to Jeju Island and the teaser came out like a movie,” they said. “There’s a scene where Wonho is running around on a farm. We’ve never seen such a wide open space in Korea before. The humidity was high so our hair got wet really fast. The fog was heavy too so we couldn’t really see each other.”

The members added, “We think Kihyun is the main character of the music video. He comes out a lot during the story parts. We want people to pay attention to the parts where we’re wearing blindfolds too.”

Finally, MONSTA X talked about their expectations for their new album. “We’re not worried about the chart rankings,” they said. “This repackaged album is more of a gift to our fans.”