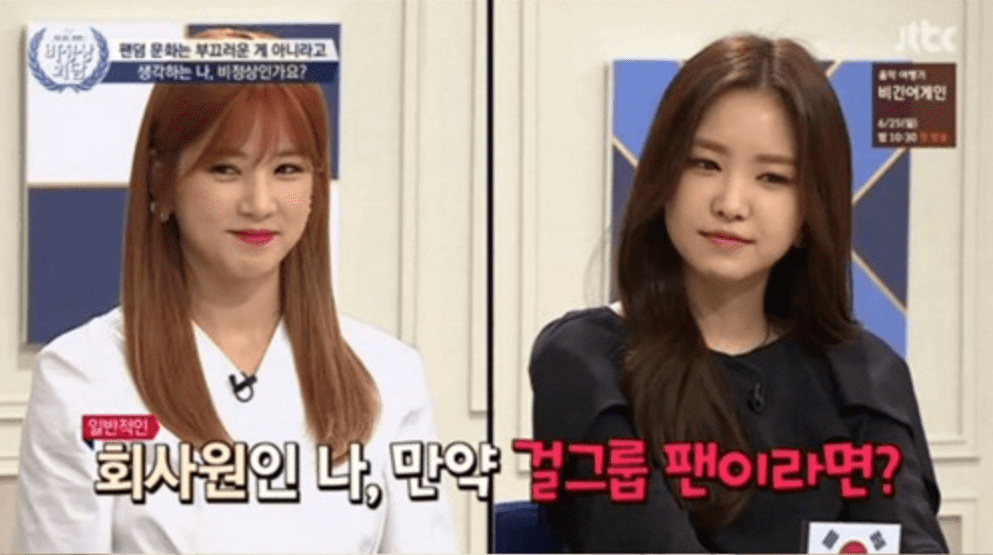 On June 19, Apink’s Park Chorong and Son Naeun appeared on “Abnormal Summit” to talk honestly about fan culture in the entertainment industry.

They revealed that fandom culture has undergone some changes since their debut. “Rather than people in their 10s and 20s, we have fans in their 30s and 40s who always look embarrassed because of their social position,” Chorong said. “We tell them jokingly not to be embarrassed but I think they can’t help the awkwardness of the situation.”

Naeun said, “Fandom culture has spread to more people, but since there have been people who crossed the line and done things that fans shouldn’t do, I think [fans in that age group] are even more uncomfortable because they feel like they’re being judged.” 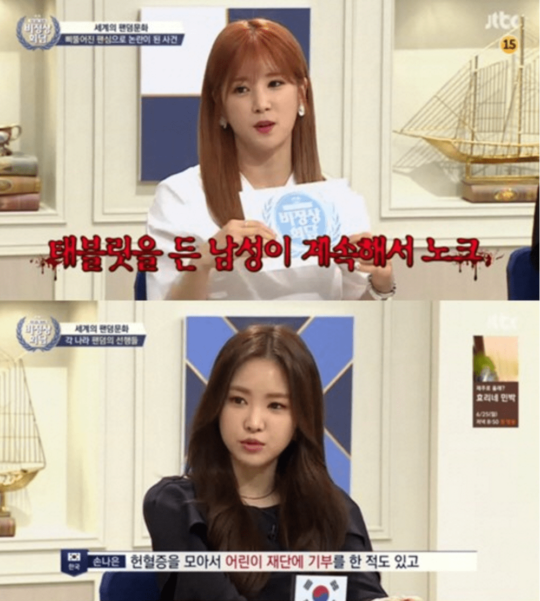 They then shared some instances of fans crossing the line and the worst extremes of fan culture. “We were on a plane with a boy group once and their fans boarded the plane to follow them,” they said. “There have been instances where fans who recognize us have taken photos of us while we’re sleeping.”

Chorong added, “Our overseas fans don’t have much opportunity to see us so there are times when they find out our dorm phone number and call us at dawn or knock on our door. Once I looked through the peephole and a man carrying a tablet computer was knocking repeatedly. It felt a bit weird to go out in my pajamas after seeing that. And if we made a sound, they would know we were there, so we couldn’t say anything either.”

Naeun added, “I’ve been told there were times when fans have given presents with hidden cameras or recording devices inside.”

However, they also talked positively about the best parts of fan culture. Naeun said, “Our fans have built a well for places overseas where they don’t have clean drinking water and donated blood for a children’s foundation. Once they even knit over 200 hats for newborn babies in honor of my birthday. I also knit a hat with my fans in support.”

Chorong added, “These days, volunteering or donating has become a part of fandom culture rather than just giving gifts. I feel like I need to do more when I hear about that, so I’ve gone volunteering with fans for my birthday before as well.”

Meanwhile, Apink recently received death threats from a man who called himself their fan and the case is currently under investigation.