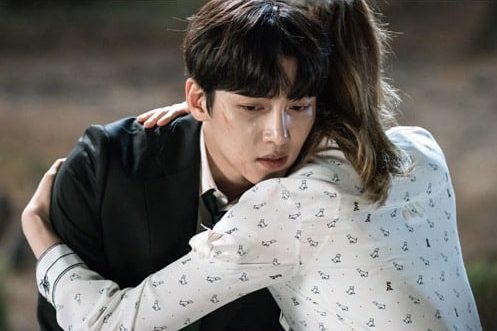 In the new “Suspicious Partner” preview stills, Ji Chang Wook is devastated and covered in blood.

Previously on episodes 23 and 24, Chief Bang (Jang Hyuk Jin) continued his investigation on Jung Hyun Soo (Dong Ha) by following the people in a photo he found in Go Chan Ho (Jin Ju Hyung)’s house. In the process, Jung Hyun Soo stabbed Chief Bang with a knife, and when No Ji Wook (Ji Chang Wook) ran over upon seeing a message Chief Bang sent in advance, he was found unconscious and severely injured. Ji Wook cried out in despair, making viewers shed tears in sympathy.

No Ji Wook’s bloodshot eyes in the stills indicate how hard he’s been crying, and his body is limp in Eun Bong Hee’s (Nam Ji Hyun’s) arms. His face and hands are covered in blood, showing the intensity of the situation. Bong Hee had just been attacked by her friend’s ex-boyfriend, but she put her own pain aside to console Ji Wook.

The drama’s production team explained, “Ji Wook’s suspicion towards Hyun Soo turns into a whole other emotion with the incident involving Chief Bang. Please watch the next broadcast to find out how Ji Wook will deal with Hyun Soo.” 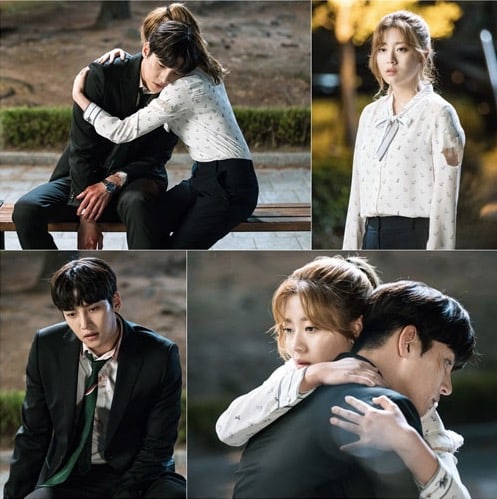