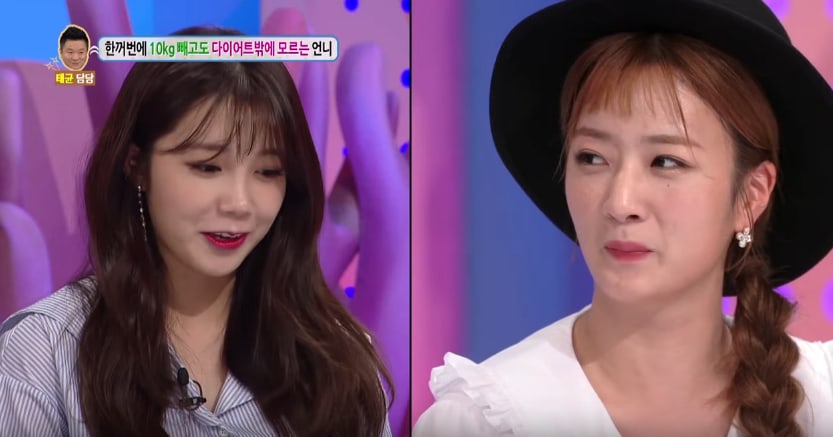 During the June 19 episode of KBS’s “Hello Counselor,” Apink’s Yoon Bomi and Jung Eun Ji opened up about the side effects of extreme dieting they had gone through.

Bomi revealed, “I lose eight to nine kilograms (approximately 17.6 to 19.8 pounds) all at once and then gain them back within three months. My immune system became weak so I even developed atopy.”

Jung Eun Ji then added, “An extreme diet leads to a worse yo-yo effect because fat will accumulate every time you eat.” 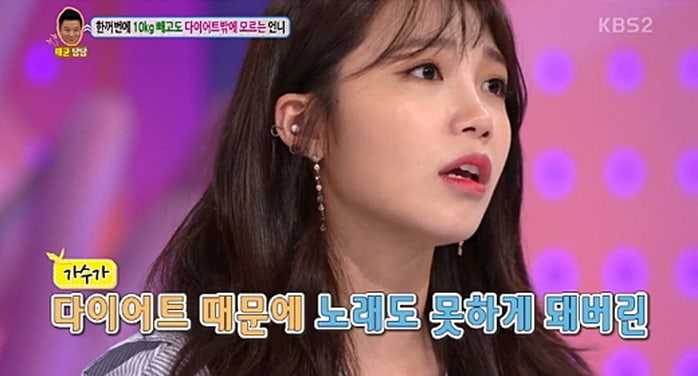 “There was a time I damaged my health from dieting. I got sinusitis for the first time in my life, and my throat became swollen due to a middle ear infection. Because of that, I wasn’t even able to sing for a while. Extreme dieting is seriously not a good idea,” she expressed. 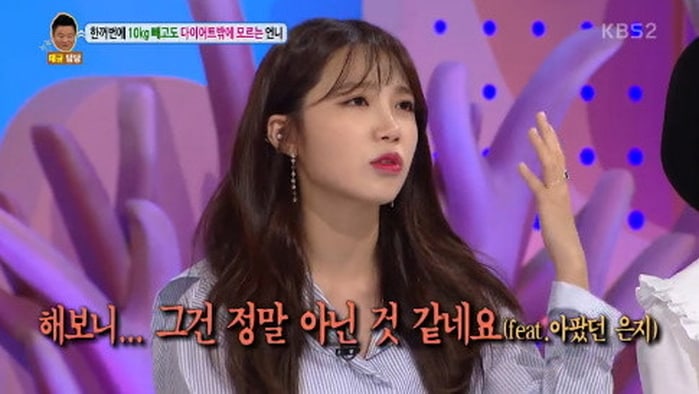