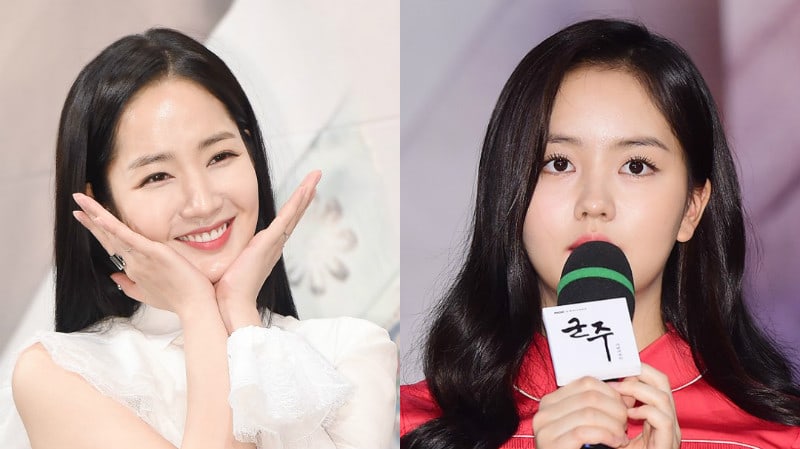 On June 20, Park Min Young attended a press conference for her drama “Queen for 7 Days” and mentioned Kim So Hyun, who currenty stars in MBC’s “Ruler: Master of the Mask.”

She received a question asking her to compare herself with Kim So Hyun, to which she replied, “I haven’t watched ‘Ruler,’ but I’m sure she has her own strengths. She’s younger, and she’s pretty. Our drama is a more intense melodrama, so I think my strength lies in portraying that captivating melo. I’ve been in love, so I think I have an upper hand in showing [those emotions], and I plan to demonstrate that through the screen.”

She continued, “As the narrative builds up, I’m getting more absorbed into my character, and I’m able to focus more. I’ll work hard.”

Meanwhile, “Queen for 7 Days” tells the story of Queen Dangyeong, who was deposed from her throne in just seven days, and her love story with Jungjong of Joseon (Yeon Woo Jin) and King Yeonsangun (Lee Dong Gun).

Park Min Young
Kim So Hyun
XPN
How does this article make you feel?