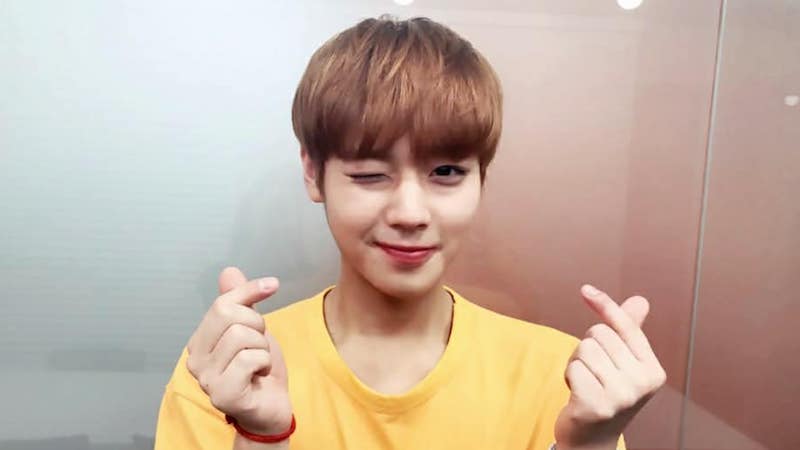 On June 19, Park Ji Hoon’s agency Maroo Entertainment uploaded a video of Park Ji Hoon expressing his thanks after becoming a member of Wanna One.

He began, “Thanks to the national producers, I came in the high ranking of second on ‘Produce 101 Season 2.’ I would first like to really express my gratitude, and since you voted and placed me in second, I will take more responsibility and work harder.”

“I felt a little shy about saying this out loud, so I wrote it on a piece of paper,” he continued. He then held up a piece of paper with the message, “Fans are saved in Ji Hoon’s heart,” a cute phrase he used frequently on “Produce 101 Season 2.”

They ended, “Please give lots of support and love to Ji Hoon who will now greet you as idol Park Ji Hoon. Thank you.”

Park Ji Hoon is currently preparing to make his debut with Wanna One, which is planning to put out their first release together in August at the latest, as well as getting ready for the “Produce 101 Season 2” concert in early July.

Wanna One
Produce 101 Season 2
Park Ji Hoon
How does this article make you feel?