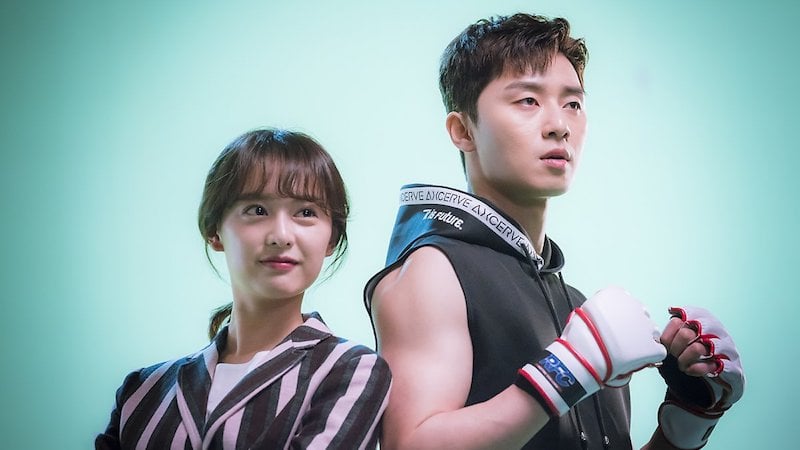 3 “Fight My Way” Quotes That Are So Relatable

“Fight My Way” has been climbing in viewership ratings as exciting romance continues to brew, but viewers have additionally been connecting strongly with the drama for its relatable life stories.

The KBS drama tells the story of Go Dong Man (Park Seo Joon) and Choi Ae Ra (Kim Ji Won) who are taking on their dreams of becoming a fighter and news reporter. However, they get hit with the reality of being older and having less experience than their competitors, resulting in continuous failure and pain.

Here are a few quotes from the show that viewers empathize with:

“The world rolls along fine even if I don’t have a dream.”

In the past, Dong Man was a rising taekwondo star. However, he lost his dream and passion in an instant as he complied with result manipulation to earn money for his sister’s surgery. During the third episode, Ae Ra asked Dong Man, “Do you not have a dream right now?” to which he responded, “Let’s just say I don’t. It’s better to live pretending that I don’t have a dream. It just makes me feel pathetic if I have one. The world rolls along fine even if I don’t have a dream.” This sad passage captures the reality of young people who feel that everyone besides themselves is successful, thinking of dreams as unrealistic and selecting other decisions to make a living.

On the eighth episode at Ae Ra’s news reporter interview, the interviewer asked her, “When the others studied abroad, went to graduate school, and volunteered in foreign countries, what did you do? Passion is not proved by energy but by experience.” She simply responded with honesty, “I earned money.”

The next scene showed her leaving the interview with her narration, “We never had time. We woke up earlier than others and slept later than others, but we still didn’t have time. We lived more diligently than anyone, so it makes me angry that my resume acts like it knows everything about how I spent my time.” Along with this voice-over, flashbacks were shown of Ae Ra and her three best friends suffering to make a living without the time or money to rack up impressive experience.

“I have the right to not get my feelings hurt.”

Ae Ra continued her efforts to become a news reporter in the ninth episode. The next interviewer sneered, “You can’t just try because you have the nerve. Each person has individual abilities. I will give you some advice as someone who has more life experience.” Ae Ra cut her off and replied, “Do not. You’re not going to accept me anyway, so don’t hurt my feelings. I have the right to not get my feelings hurt,” as she ran out.