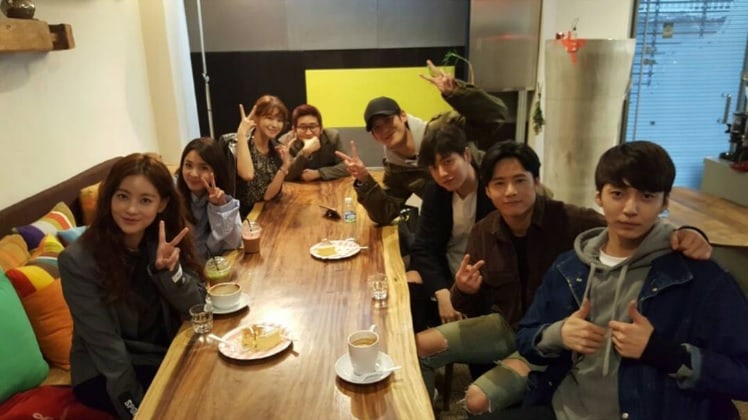 The film version of “Cheese in the Trap” is set to wrap up filming soon on June 22, and the cast and crew are currently busy finishing up their final scenes.

Reports that the movie was close to wrapping up first emerged on June 20 when Oh Jong Hyuk, who plays Oh Young Gon in the movie, posted a photo on his personal Instagram account with the hashtag “I’m the only to wrap up today. Goodbye Young Gon.”

A representative of the film confirmed the information and added, “Oh Jong Hyuk finished all his scenes today. Most of the actors are almost done, with Park Hae Jin set to be the last actor to finish.”

“Cheese in the Trap” is set to be based on the webtoon of the same name, and is already a hot topic because of its casting choices. Park Hae Jin will once again be playing the role of Yoo Jung, after helming the part in the drama series, while Oh Yeon Seo will be playing Hong Seol.

What are you most excited to see from the film version of “Cheese in the Trap”?

Oh Jong Hyuk
Cheese in the Trap (film)
How does this article make you feel?