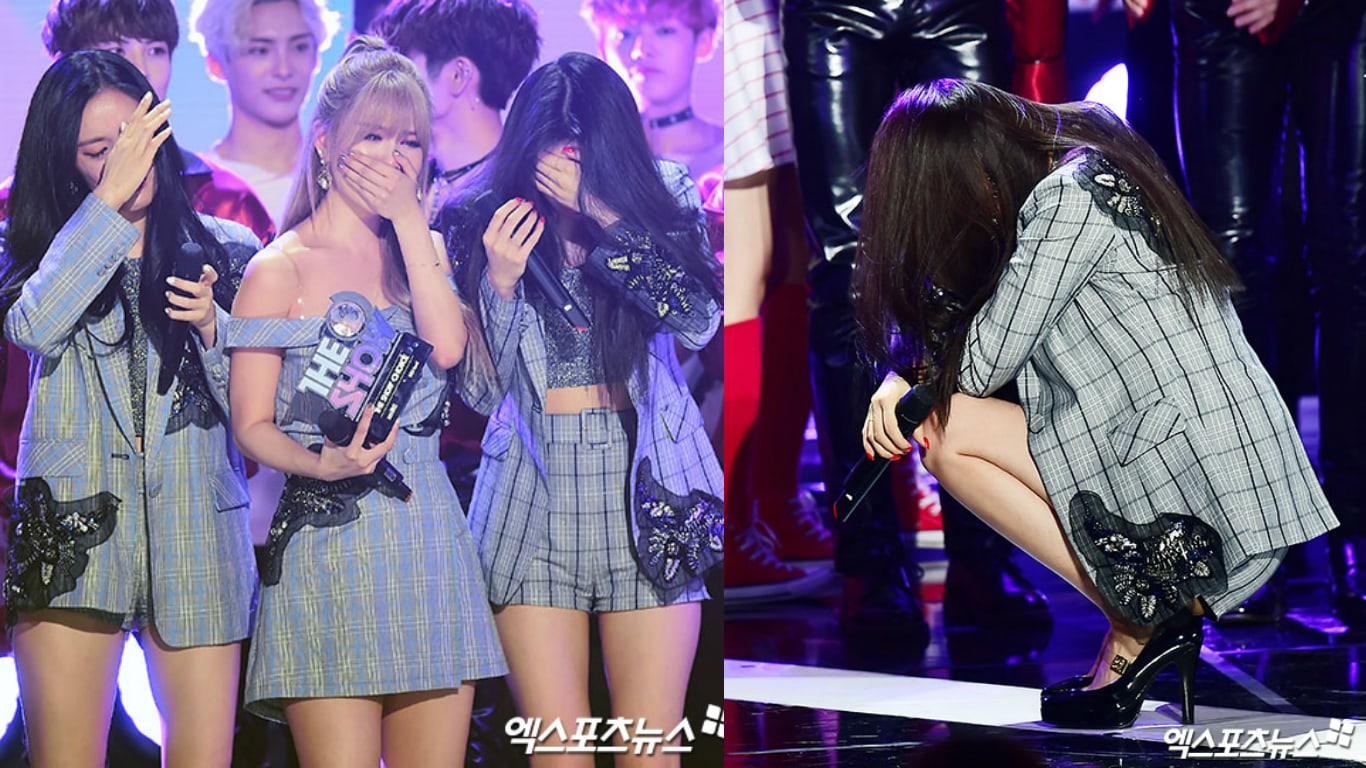 Watch: T-ara Breaks Down On Stage After 1st Win In 5 Years On “The Show,” Performances By FTISLAND, 9MUSES, And More

T-ara’s first win for “What’s My Name” was a huge moment for the group, and they were unable to stop their tears on stage.

T-ara members Hyomin, Qri, and Jiyeon became very emotional after their win, breaking down into tears on stage. As fans and their fellow artists cheered for them and encouraged them not to cry, they tried to collect themselves, but were unable to make an acceptance speech. They also were unable to perform during their encore, and their dancers came on stage to comfort them.

It was an understandably emotional moment for the group, who haven’t won on a music show in Korea in over five years since their last win for “Lovey Dovey” in February of 2012, after which they became swept up in controversy. They also made a comeback this time as only four members, with Boram and Soyeon not taking part.

Although Eunjung wasn’t able to stay for the end of “The Show” today, she shared a video of the winner announcement on Instagram.

Other performances this week included FTISLAND’s comeback with “Wind” and 9MUSES’s return as a four-member group with “Remember.”

Congratulations to T-ara on their win!