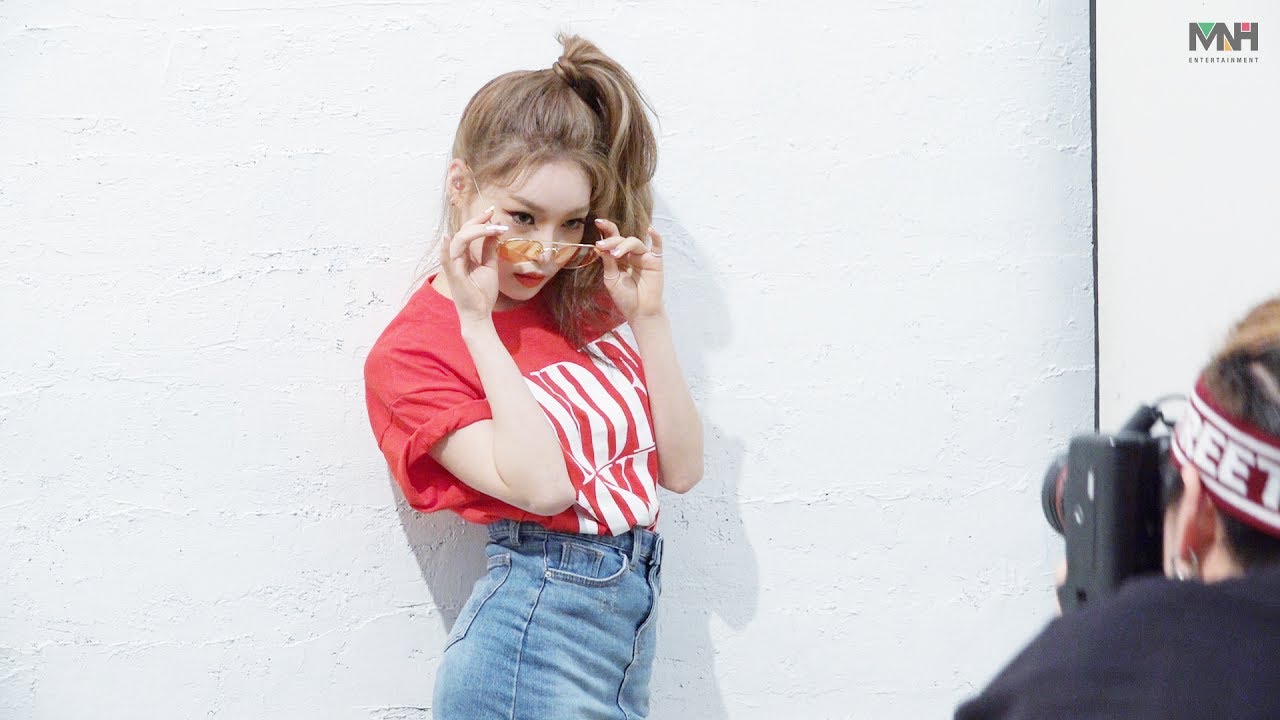 Kim Chungha, who is currently promoting her first title track “Why Don’t You Know,” has shared a new glimpse into the photo shoot for her mini album “Hands On Me.”

The video follows the former I.O.I member as she dons various looks for her album jacket, which can be seen in the album’s highlight medley video. She looks stylish as she rocks various hairstyles as well, including a short blond bob that immediately catches your eye. Even she seems surprised by the transformation, as she says, “Who’s that?” when she sees herself in the camera shot. The staff jokes back, “Are you a friend of Chungha’s?” and she looks shy as she responds, “It feels awkward.”

Give the video a watch to see Kim Chungha having fun and working hard on her first mini album, and don’t forget to check out the music video for “Why Don’t You Know” as well!