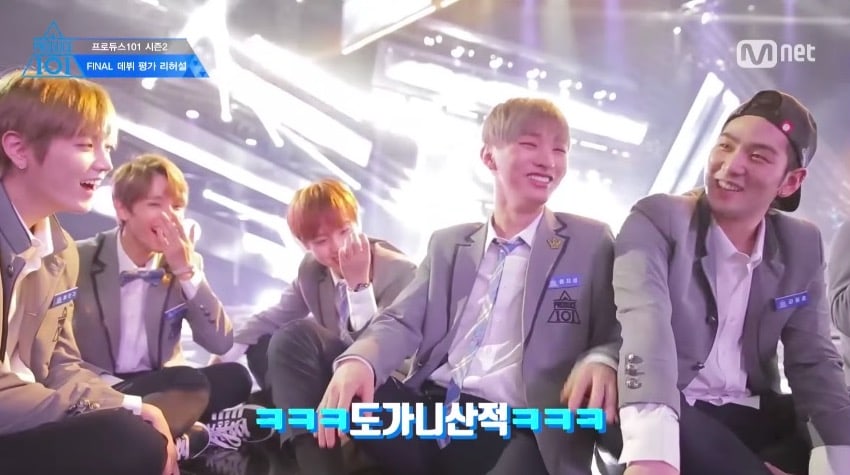 Watch: “Produce 101 Season 2” Trainees Show Their Close Friendships And Hard Work Behind The Scenes Of Finale

“Produce 101 Season 2” has shared a look behind the scenes of the rehearsals of the contestants’ final performances!

On June 20, Mnet released a video that gives fans a glimpse of not only their rehearsals for these songs, but also a look at the close friendships between the trainees.

The video features both fun and bittersweet moments, such as the trainees goofing around together on their breaks but also Hwang Min Hyun promising Yoo Seon Ho it won’t be the last time they see each other.

“I promised I’d buy you meat,” Hwang Min Hyun reminded Yoo Seon Ho in the video. “Since you treat me so well. We decided to go out and get meat together once this is over. We’ll have soda with it.”

We also get to see the finalists reuniting with the eliminated trainees for their “Pick Me” performance, including plenty of hugs as well as Noh Tae Hyun hilariously teasing his HOTSHOT group mate Ha Sung Woon with his own joking rendition of his “Super Hot” performance.

The top 35 trainees from “Produce 101 Season 2” will be reuniting again for concerts in early July. Meanwhile, the top 11 finalists from the show are starting to prepare for their debut as Wanna One, with their first release planned for August at the latest.