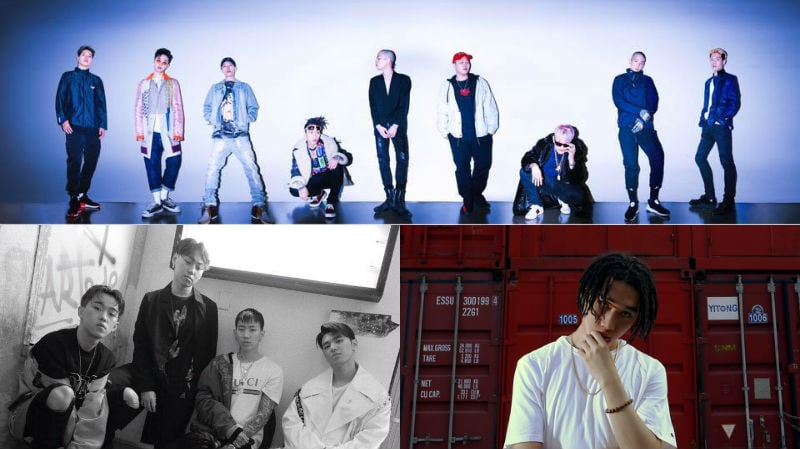 Originally dating back to the early ’90s, Korean hip hop has really become a part of the Korean wave in the last few years with the rise of many new labels and artists in the music scene.

Even before hip hop became more popular amongst the general public, there were hip hop labels such as Amoeba Culture, Brand New Music, and more. For example, Hi-Lite was formed in 2010 by rapper Paloalto, who recently served as a producer on “Show Me The Money 4.” As hip hop in Korea grew, his company was later acquired by CJ E&M, which rendered funding for marketing and expansion, leaving Hi-Lite Records to focus on making music.

The popularity of this genre has given birth to many labels that represent Korean hip hop, and with the increase in underground performances, official solo careers, and the success of hip hop survival programs like “Show Me The Money” and “Unpretty Rapstar,” the Korean hip hop scene continues to grow.

Here is a list of seven rising hip hop labels that are continuing to grow the K-hip hop scene:

Feel Ghood Music is Tiger JK’s second hip hop label after Jungle Entertainment, which was created back in 2006. In 2013, the rapper was joined by his MFBTY members Yoon Mirae and Bizzy to create a new label. Although he never mentioned the real reason behind their departure from the first company, he expressed his wish to include a small circle of trusted friends and family in his new label. Feel Ghood welcomed former “Show Me The Money 5” contestant Junoflo and expressed their excitement about making vibrant music with their new addition. Furthermore, Tiger JK and Bizzy are joining “Show Me The Money 6” as producers.

Under their new label, MFBTY collaborated with Lee Hyori at the 2013 MBC Gayo Daejaejeon, and Tiger JK even wrote the melody for Lee Hyori’s song “Miss Korea.” Another memorable collaboration is “Buckubucku,” which featured BTS’s Rap Monster alongside rappers EE and Dino-J. The full-length music video below also served as a teaser for the release of their album “Wondaland.” 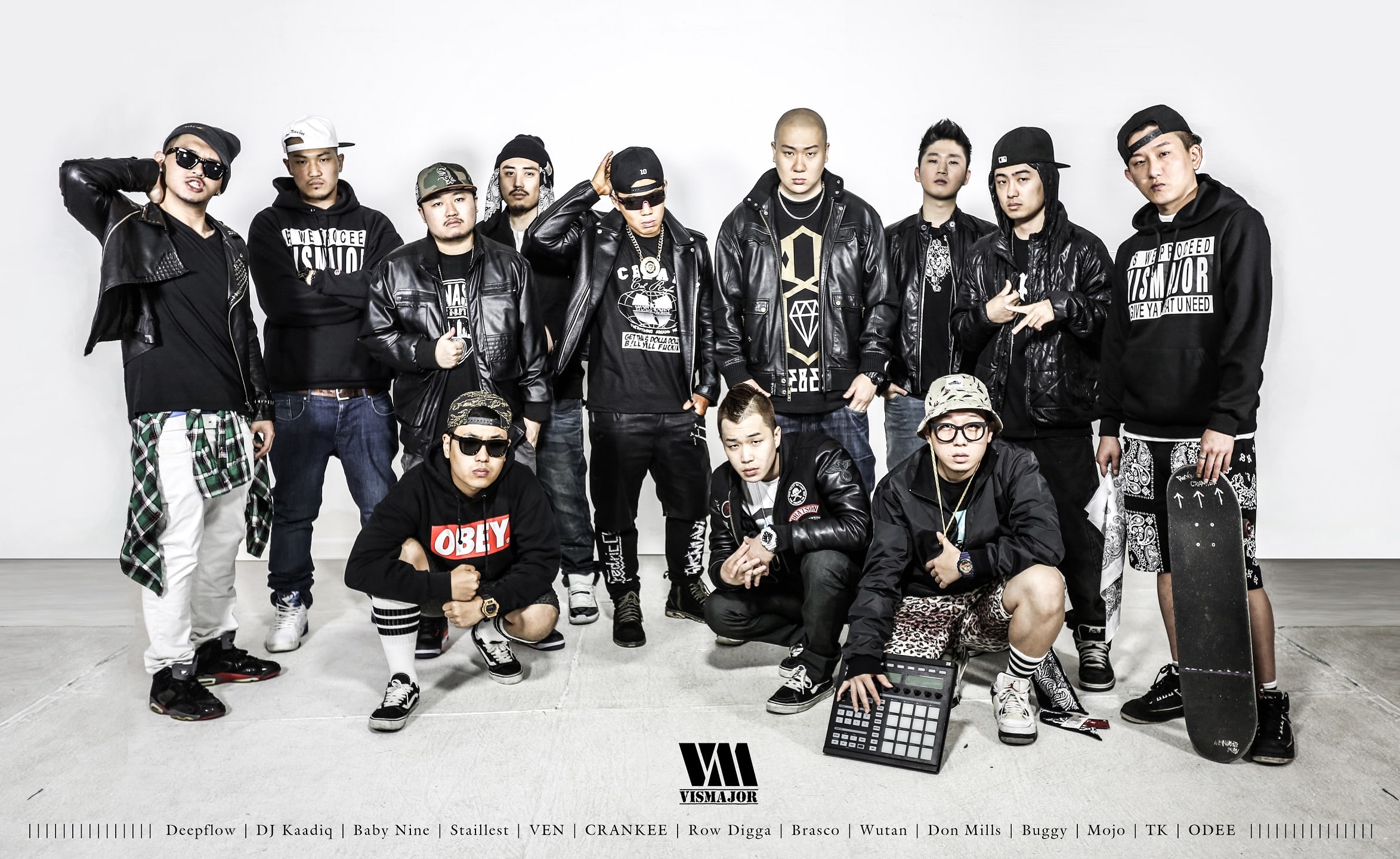 First initiated in 2011 by Deepflow, Babynine, Wutan, and VEN, the company was fully operational in 2014 with a total of 12 musicians between vocalists, rappers, singers, and DJs. Nucksal, Don Mills, and Odee are one of the label’s promising rappers, and they all auditioned for “Show Me The Money.” While Odee didn’t make it to the top 16 in “Show Me The Money 3,” his label mates are awaiting the results of their audition for “Show Me The Money 6,” which will be aired on June 30.

Standing for both “Above Ordinary Music Group” and “Always On My Grind,” the label came to life in late September 2013 by Jay Park and houses many big names: Simon Dominic, Gray, Ugly Duck, and Loco. Hoody was recently signed as the first female artist to join the company.

Cha Cha Malone, an American producer, dancer, and singer, and part of b-boy crew “Art of Movement,” became the label’s resident producer and has worked with other famous Korean artists in the industry. Together, Jay Park and Cha Cha launched a global label under the name H1GHR MUSIC, which welcomed R&B singer G.Soul, who recently made his long-awaited comeback.

Jay Park also appeared as a producer on “Show Me The Money 4” with the first season’s winner Loco and recently teamed up with Dok2 for the sixth season. Simon Dominic and Gray also participated as producers on the fifth season of the show.

Featuring Gray and a cameo by former SISTAR member Bora, Jay Park turned mellow in the music video for the R&B song “Drive.”

Ambition Musik’s forerunner, Illionaire Records, was created in January of 2011 by rappers The Quiett and Dok2. Later that year, Beenzino became a part of the company, which was intentionally meant to remain small to avoid the traditional label system. The Quiett explained this point by stating that the profits earned go directly to the artists — who are also their own bosses — instead of getting split between artist and company, as is usually done. Despite being small, Illionaire Records is very popular due to its artists’ influence in the Korean hip hop scene.

In September 2016, Dok2 and The Quiett started their second label, Ambition Musik, with the aim of introducing music that is different than what’s usually presented under Illionaire records. The fresh label includes Changmo, who auditioned for “Show Me The Money 3,” as well as Hash Swan and Kim Hyo Eun, who were part of “Show Me The Money 5.”

Recently, Changmo featured in Suran’s single titled “Wine,” produced by BTS’s Suga, which you can listen to down below. 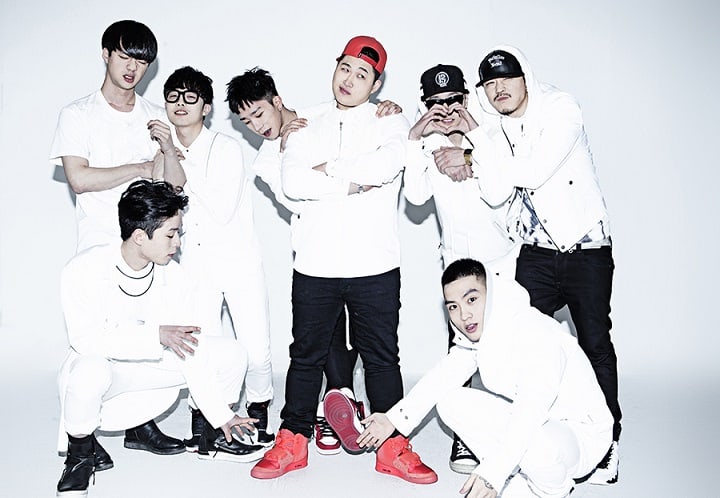 The label was established in 2014 by rapper Swings, who was formerly under Brand New Music. He gained recognition after participating in “Show Me The Money 2” and returned on “Show Me The Money 3” as a producer. He also appeared on “High School Rapper” as a judge.

Almost all of his current label mates participated in “Show Me The Money”; Giriboy, Vasco, and C Jamm competed on the third season, and Black Nut took part in the fourth season.

On the same year his company was launched, Swings collaborated with Ailee on the single “A Real Man,” which was a follow up to his popular single “A Real Lady” back in 2013. AOMG’s Gray also contributed to the producing, composing, and mixing of this track.

Being YG Entertainment’s first independent sub-label, HIGHGRND was set up in March 2015 in the hopes of reaching out to the Korean indie and alternative scene under Epik High member Tablo’s command.

On top of its indie artists, the label’s lineup also consists of hip hop artists like Incredivle, who was the first rapper to be signed after his appearance on “Show Me The Money 4,” as well as Punchnello, whose mixtape “ROTPOTA featured on hip hop magazine “HIPHOPLE” and won four out of six awards on the “2015 HIPHOPLE Mixtape Awards.”

Last but not least is rapper and producer Code Kunst, who released his third studio album “Muggles’ Mansion” earlier this year. Check out his title track “Fire Water” featuring G.Soul and Tablo. 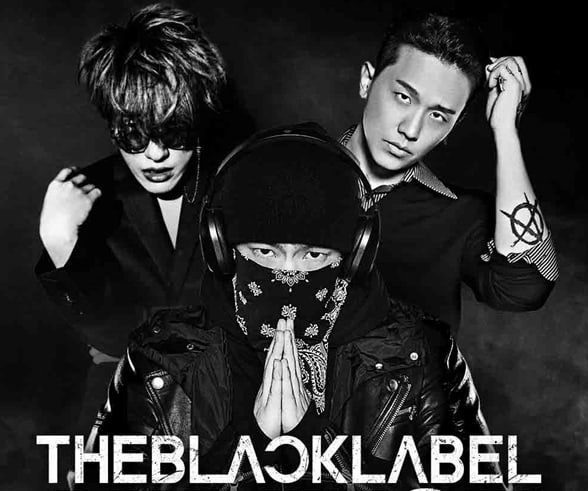 Six months after its predecessor’s successful formation, The Black Label was announced in September 2015 to be the next independent sub-label under the care of YG Entertainment’s producers Teddy Park and Kush.

The label represents Zion.T, whose name is well-known in the industry for being Korea’s second best-selling artist back in 2015, for serving as a judge on “Show Me The Money 5,” and for his many collaborations with well-established idols and hip hop artists. Okasian is the label’s newest addition and second official artist. Prior to him joining The Black Label, Okasian shared a hip hop stage with GD, CL, and BewhY on the “2016 SBS K-Pop Awards” for their collaboration song “₩ 1,000,000,” which you can watch below (at 1:37:50):

Hey Soompiers, which labels do you keep your eyes on the most? Let us know in the comments below!