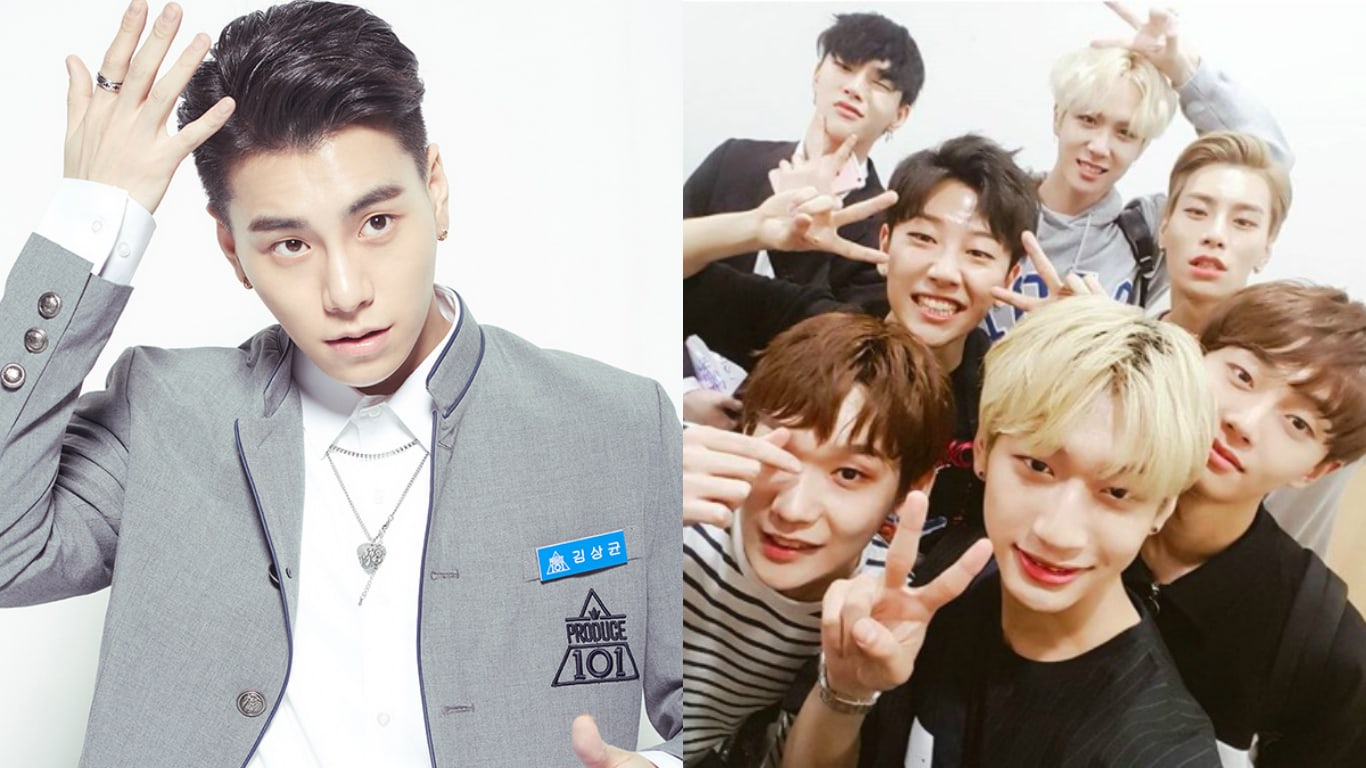 “Produce 101 Season 2” contestant Kim Sang Gyun recently talked about what he’d like to do with his fellow members of fan-imagined group “JBJ”!

JBJ (Just Be Joyful) is a (so far) imaginary group created by fans that includes seven trainees from “Produce 101 Season 2” who were eliminated when the top 20 finalists were announced: Kim Yong Guk, Kwon Hyun Bin, Takada Kenta, Noh Tae Hyun, Kim Sang Gyun, Kim Dong Han, and Kim Tae Dong. The guys are known to be close friends after meeting on the show, and some of them have already addressed the popularity of the idea of their debut together.

During a recent interview, it was mentioned to Kim Sang Gyun that “JBJ” had been one of the fastest-rising search terms on the afternoon of June 19. “I really want to do at least a V Live broadcast together, since it’s come to this point,” said Kim Sang Gyun. “I think the fans would like it.”

“We hung out together on June 18 too, and Noh Tae Hyun took good care of us,” he went on to say. “I think that Noh Tae Hyun in particular really likes [the idea of] the group. We also have a group chat room.”

Kwon Hyun Bin previously mentioned that Noh Tae Hyun was the member who suggested that the seven guys take photos together backstage when they reunited for the live finale.

“When I first heard about JBJ, I was really surprised,” said Kim Sang Gyun in another interview. “I was happy because although the show was over, my name was being mentioned to people again because of JBJ and it seemed like I was being remembered.”

“All of the trainees, not just JBJ, became friends because we went through a hard time together in the same space,” he went on to say. “But I think we feel a bit closer because fans put us together as JBJ.”

Kim Sang Gyun said all of the members are a good fit, and that they’re all friendly and good people. “Personally, I think it would be good if we were active together once,” he said. “Even a lighthearted broadcast would be fun. It would be great if we had the opportunity.”

When asked about JBJ in another interview, Kim Sang Gyun said, “If it would be hard for us to be together on stage, I think it would be fun if we could at least do a photo shoot or interview together, since we’re all really friends.”

Would you like to see these contestants work together in the future?

Produce 101 Season 2
Kim Sang Gyun
How does this article make you feel?