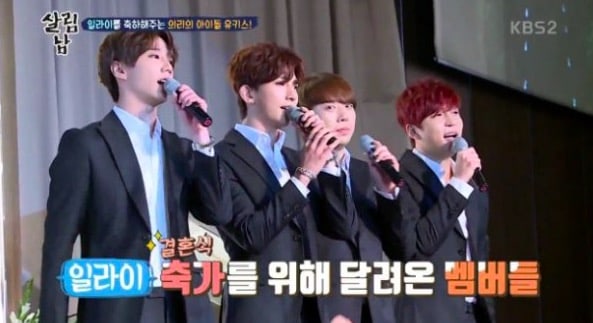 Eli Sheds Tears When U-KISS Sings At His Wedding

On the June 21 broadcast of KBS 2TV’s “Men Who Do Housework,” Eli and his wife Ji Yeon Soo finally had a wedding ceremony three years after becoming officially married.

On June 3, the couple held their wedding ceremony at the same time that they celebrated their child’s first birthday. Because Eli is an idol and had to hide his marriage for some time, they signed the marriage papers secretly in 2014. Although their marriage was not well received by some, more and more people began to support their marriage after seeing that they are just like any other couple trying to make a happy family together.

During the show that aired, U-KISS members attended Eli’s wedding and sang a congratulatory song. Eli burst into tears as they did so.

Later in the interview portion, Ji Yeon Soo said, “The members sang the song while making eye contact with us. We had been like a thorn in their side, so I felt grateful and also sorry.”

Eli also said, “I was very touched. I was grateful that they congratulated us.” 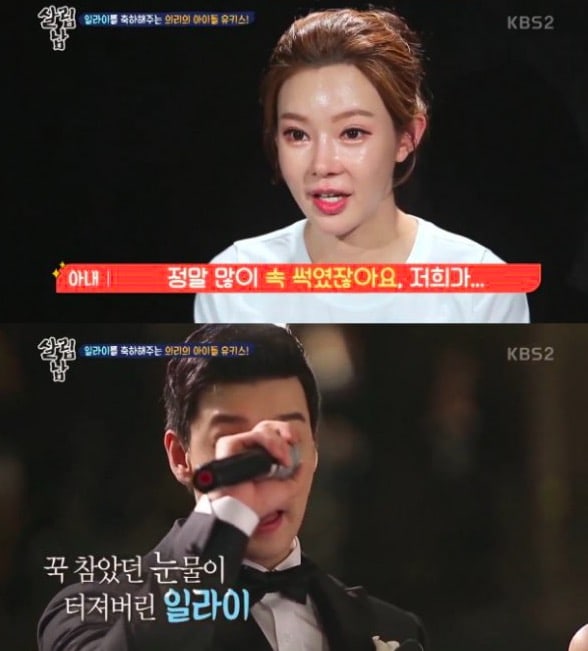