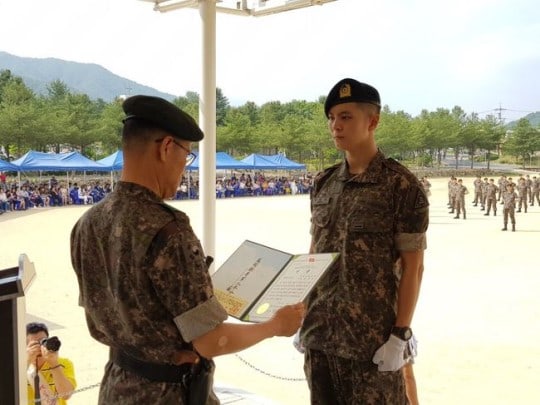 Joo Won Promoted To Assistant Instructor In His Army Division

Joo Won, who began his mandatory military service five weeks ago, has become an assistant instructor in his infantry division!

On June 22, his agency Huayi Brothers confirmed that the actor received high marks after completing his five weeks of basic military training. He has been assigned to the assault battalion, part of the 23rd infantry regiment of the skeleton unit, where he will be serving as an assistant instructor.

Congratulations to him on rocking the military life!