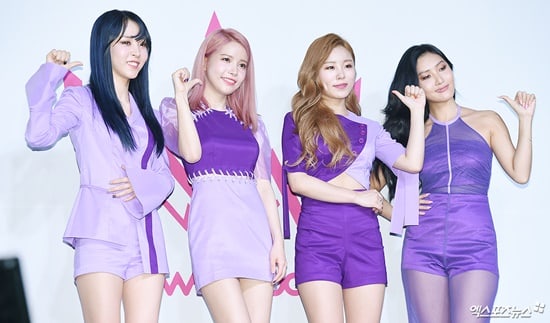 MAMAMOO Reveals “AZE GAG” Was Made In Collaboration With Fans

MAMAMOO’s new song “AZE GAG” (Korean for “dad jokes”) was created with the help of their fans!

Solar said, “When we put together the lyrics for ‘AZE GAG,’ we were worried about how entertaining it would be. We chose the dad jokes through a survey taken by our fans.”

Moonbyul explained, “We put the names of the fans who helped in the special credits. Around seven people helped.”

Meanwhile, MAMAMOO participated in writing the lyrics for both “AZE GAG” and their new title track “Yes I Am.” “Yes I Am” was produced by their main producer Kim Do Hoon, and contrary to their usual retro-style songs, this track has a more modern sound to it.

Have you listened to MAMAMOO’s new album? Tell us what you think about it!

MAMAMOO
XPN
How does this article make you feel?