MBC’s variety show producers (PDs) are the latest to release a joint petition for Kim Jang Gyum, the president of the broadcasting company, to step down.

The petition was signed by 47 MBC PDs, including those who are in charge of MBC’s most representative variety shows like “I Live Alone,” “Radio Star,” “My Little Television,” and “Infinite Challenge.” Released on June 22, the document begins with, “It’s so hard to be funny these days. We became variety show PDs to make people laugh, but it’s the broadcasting company that hired us that makes us laugh with their actions.”

They revealed, “Their screening process is absurd. No matter how talented a person is, we can’t invite them on our shows if the president [of MBC] doesn’t like them. Just seeing how they get involved in every song and every caption we use, they must have nothing to do. If we don’t do as they say, we get our programs taken away from us no matter how good our ratings are.”

The PDs also stated, “They tell us to be slaves, not PDs. They slash our production funds, so much that we can’t even compete with cable shows, let alone KBS and SBS. Every time we ask someone to be on our shows, it’s so embarrassing to tell them how much we can pay them. And yet hundreds of millions of won [hundreds of thousands of dollars] are poured into events for the president.”

The petition also accused MBC of trying to block employees from unionizing, meddling in the employment process, and creating a hostile work environment. 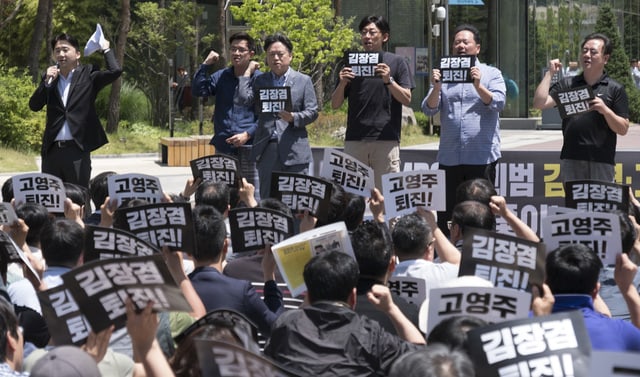 The PDs are the latest MBC employees to call for the resignation of their president. Petitions have been issued by groups such as news anchors, broadcasting engineers, the management team, technical visual arts designers, and reporters nationwide. 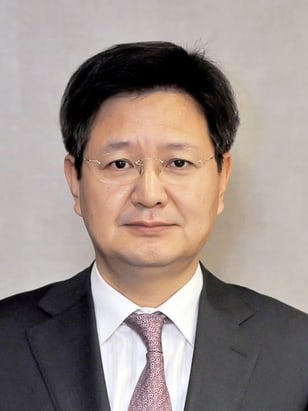 MBC president Kim Jang Gyum first entered MBC as a news reporter in 1987 and worked his way up to become the head of the political department, the report bureau chief, and finally the president of the broadcasting company this February.

During the 2012 MBC strikes, he was accused of carrying out unfair decisions as the head of the political department. He was swept up in controversy once again in 2014 as the report bureau chief during MBC’s coverage of the Sewol Ferry incident. The broadcasting company was accused of biased and incorrect reporting, as well as airing statements that disparaged and discredited the families of the victims.

MBC was criticized for its biased reporting once more during the “Park Geun Hye and Choi Soon Sil scandal” and candlelight protests in 2016. Kim Jang Gyum has been accused of being one of the main reasons why people have lost faith in MBC’s credibility as a news source.

Having been appointed in February, Kim Jang Gyum is set to be the head of MBC till 2020.