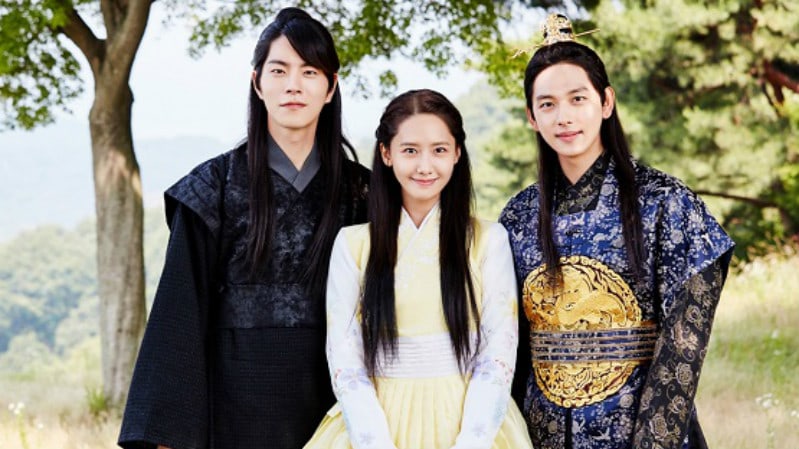 “The King Loves” Cast Shares Thoughts After Wrapping Up Filming

The cast of MBC’s newest historical fantasy drama, “The King Loves,” recently wrapped up filming and shared some of their thoughts.

The final filming concluded without any slip ups with the stars of the drama, YoonA, Im Siwan, and Hong Jong Hyun, on June 15 after six months of hard work.

Following the last filming, Im Siwan commented, “Many actors and staff members spent the past six months filming this project with joys and sorrows. We were together every single day, so I am happy but also sad now that it’s over. We worked really hard on this drama, so I hope viewers enjoy it.”

YoonA also added some of her thoughts. She said, “I’m happy and thankful to have worked with such great people for the past six months. My character, Eun San, was a new type of challenge for me, and I had so many emotions while acting this part. I hope many people can relate to and love my character and the drama this summer.”

Lastly, Hong Jong Hyun commented, “We started filming when it was freezing outside until recently in the blazing hot sun. I cried and laughed a lot during these months, and I am glad to have pushed through the challenges with such great people working on this drama. And actually, I still can’t believe the filming is already over. I will miss the good times we had and I’m really looking forward to how everything will turn out on screen, but also scared as well. Just like the viewers, I’ll wait with high hopes for the premiere of the show.”

Meanwhile, “The King Loves” will premiere in July on MBC and will be available exclusively at Viki!