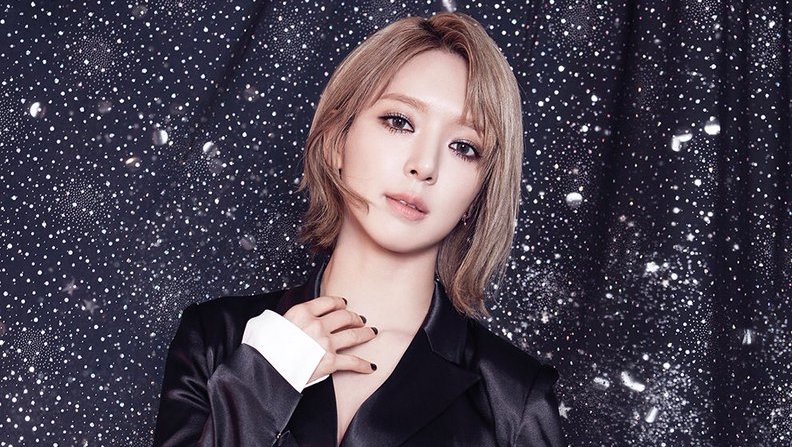 Choa Denies That She Is Leaving AOA For Love Or Marriage

After Choa announced that she would be leaving AOA on social media, there have been many speculations as to why she may be doing so.

In her post, Choa explained that she was leaving AOA because she was suffering from depression and insomnia. However, on June 23, SportsSeoul released photos of Choa with Lee Seok Jin, the CEO of Najin Corporation. The pictures had been taken on their way back from a personal trip to Japan they took between May 3 to May 9. They were also accompanied by Choa’s two sisters.

While Choa denied that they were dating last month, the two look quite close in the photos, making many wonder whether there was another reason why Choa may want to leave the group.

After these speculations surfaced, Choa took to her Instagram once again to deny these rumors. Here is the full translation of her post:

“I knew that with more attention there would be more possible rumors, but I’m not pregnant, I didn’t have an abortion, and I’m not leaving the team to get married.

“There are many people who work while they’re dating. If I wanted to date, I could have just said so and worked at the same time, so I don’t know why my leaving the group is being connected with dating rumors.

“I don’t have many friends, so it’s true that he has been a lot of help to me recently. Since dating isn’t a crime, if our relationship goes forward in the future, I will say so honestly and date. Leaving the team was a difficult decision I made after a lot of deliberation, so I hope that other issues don’t get connected with it.

“They had been telling me that they would reveal those photos so I had been under a lot of pressure mentally, but it actually feels freeing now.

“To explain the article that was posted today, I would like to upload my own photo. The article implied that I had been on a trip with just him, but it was the first time I went on a trip abroad with my sisters.

“My younger sister, who is in her first year of middle school, likes to draw and likes animation, so we chose Japan, hoping that it would be helpful for her in the future. Because I am the only person who can speak even a bit of Japanese, and since it was my family’s first time visiting Japan, I had to take care of everything. I had never been to Japan outside of my schedules, so it was difficult making reservations in Japanese and looking for places to visit. I asked my friend, who I had been close with since three years ago, for help. On the days when we had the same schedules, he helped guide us; and on the way back, it was late and we had a lot of luggage, so he gave us a ride back. It seems like the two photos were taken then.

“A while ago, the first time it was reported that we were dating, the reporter asked me about the circumstances at which the pictures were taken, so I explained exactly as above. So I can’t understand how this article was written with a headline such as ‘They were in love before the dating rumors’ as if it was just the two of us on the trip.

“Also, I voiced my thoughts on leaving the team to my agency a long time ago. Two years ago, they told me to take a hiatus and to think hard about it, so I tried that. In the end, I got my CEO’s consent yesterday and wrote that post on my social media. Before I did, I showed the contents to the company and even deleted the parts that they didn’t want me to post.

“I already relayed my thoughts regarding leaving the team, and I hope the other members are not affected negatively by this controversy. I am sorry for worrying so many people with bad news this morning.”