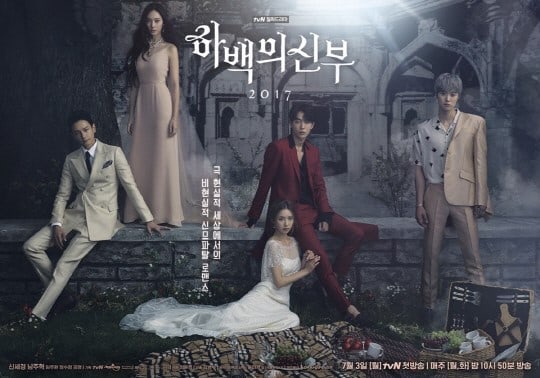 As “Bride of the Water God” nears its premiere date, the drama has revealed more stills and individual character posters of the cast!

The posters, which were released on June 23, show each of the characters as well as a short tagline. Shin Se Kyung’s poster shows her character wearing a soft, white dress along with the caption, “I don’t have time to scan other people’s circumstances.” 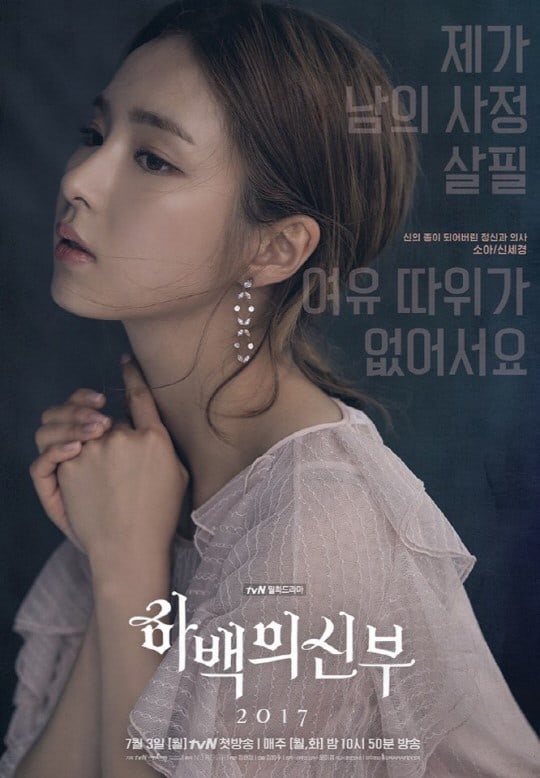 Nam Joo Hyuk’s poster shows his character wearing a dark suit and a proud expression on his face. His poster also has a caption that says, “I am the King of the water world, the god of water, your master, Habaek.” 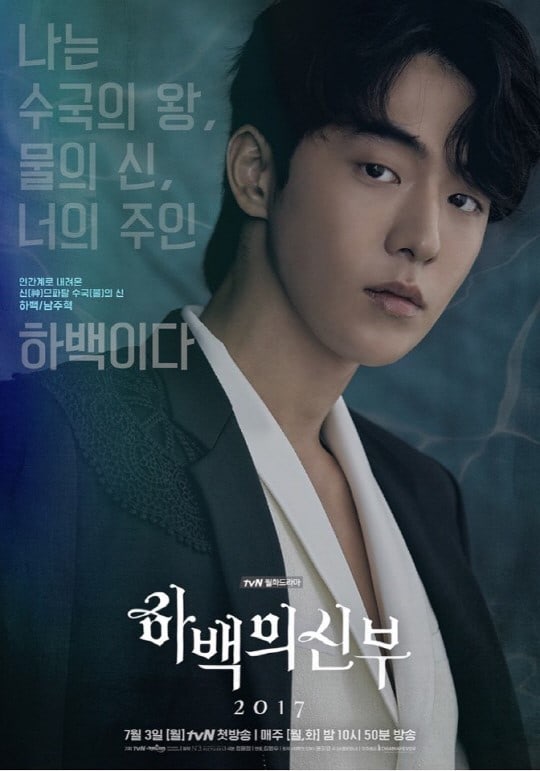 f(x)’s Krystal, who plays the goddess Mura, is seen wearing a dark dress in her poster, which comes with the tagline, “Who dares to stand in front of me?!” 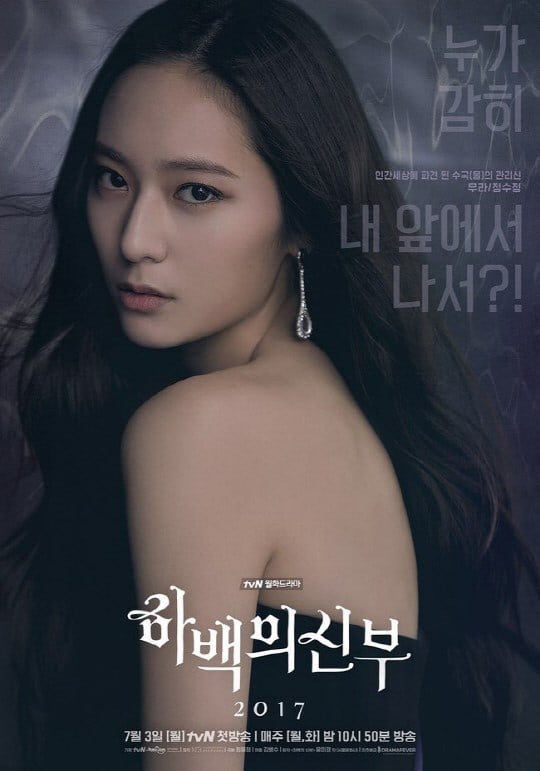 Gong Myung, who plays the mischievous god Bi Ryum, has a slight smile on his face for his character poster, along with the caption, “Only the hydrangea gods are playing together? Am I really a loner?” 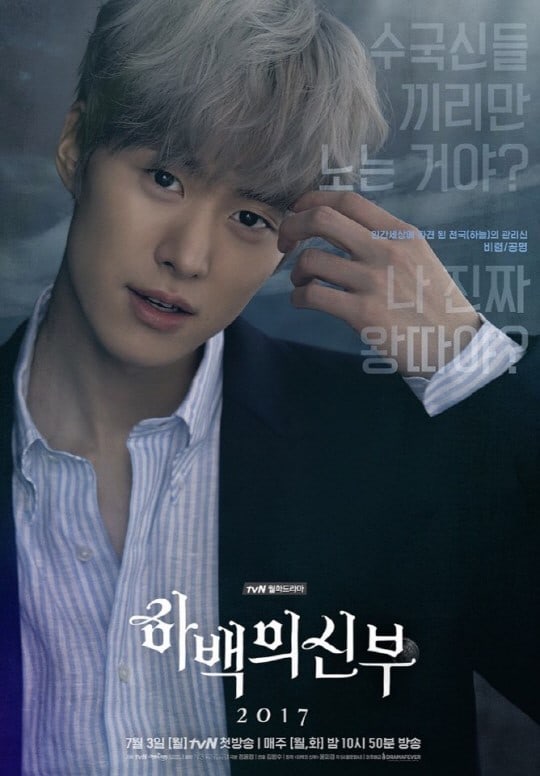 The final poster shows Im Joo Wan, whose poster comes with the words, “Actions always come with a consequence.” 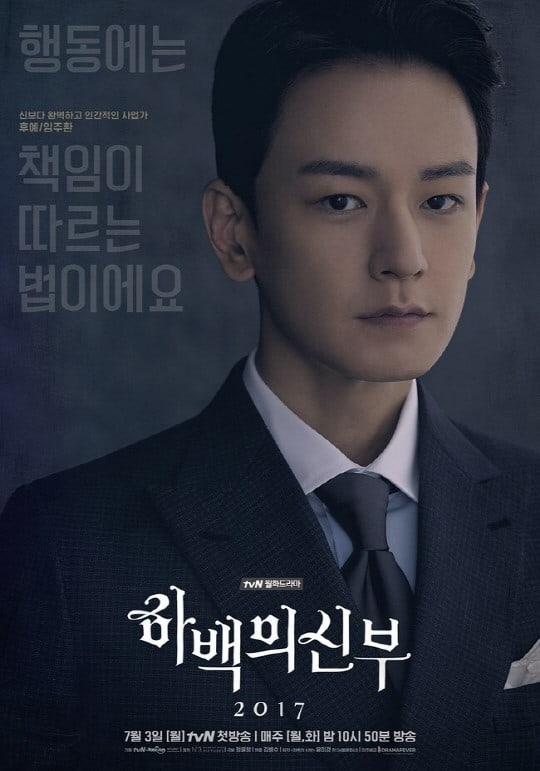 The drama also released behind-the scene stills of the two main leads, Nam Joo Hyuk and Shin Se Kyung, as they filmed for their previously released poster. The production team for the drama stated, “We are planning to properly show the complicated emotions and romance between Nam Joo Hyuk, Shin Se Kyung, Krystal, Gong Myung, and Im Joo Wan.” 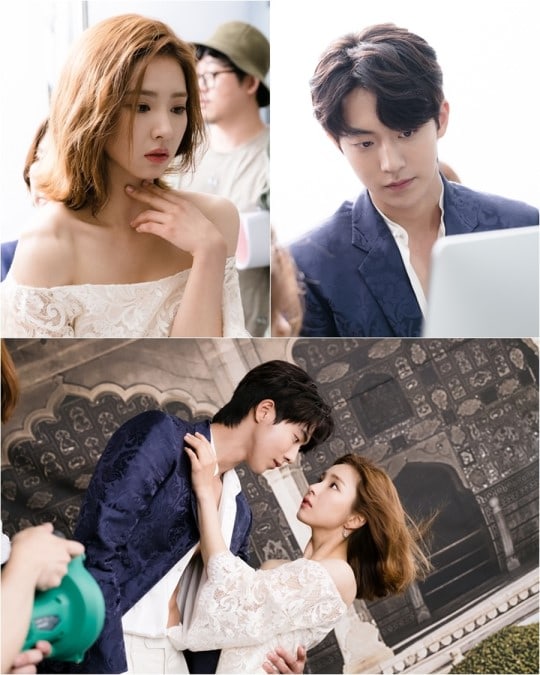