Watch: BoA Proves Herself Again To Be A Dancing Queen In New “CAMO” Teaser

BoA has released the second teaser for her upcoming track, “CAMO!”

Similar to the first teaser (see below), BoA shows off her choreography surrounded by fantastic settings like stone ruins overgrown with ivy and rooms with fancy electronic lights. 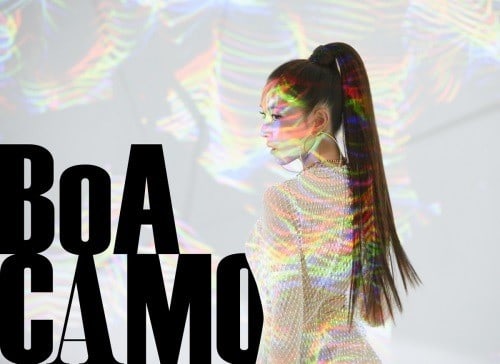 After releasing an epic teaser image, BoA has finally revealed her plans for “CAMO”!

BoA’s upcoming track will be releasing through various music sites such as Melon, Genie, and Naver music at 6 p.m. KST on June 26. Her new song “CAMO” is an intense dance track with a heavy bass and synth sound that will incorporate sexy yet powerful bass vocals. According to the report, well-known producing team The Underdogs participated in creating the track.

Meanwhile, BoA previously released her first teaser video for “CAMO” during the finale of “Produce 101 Season 2.”