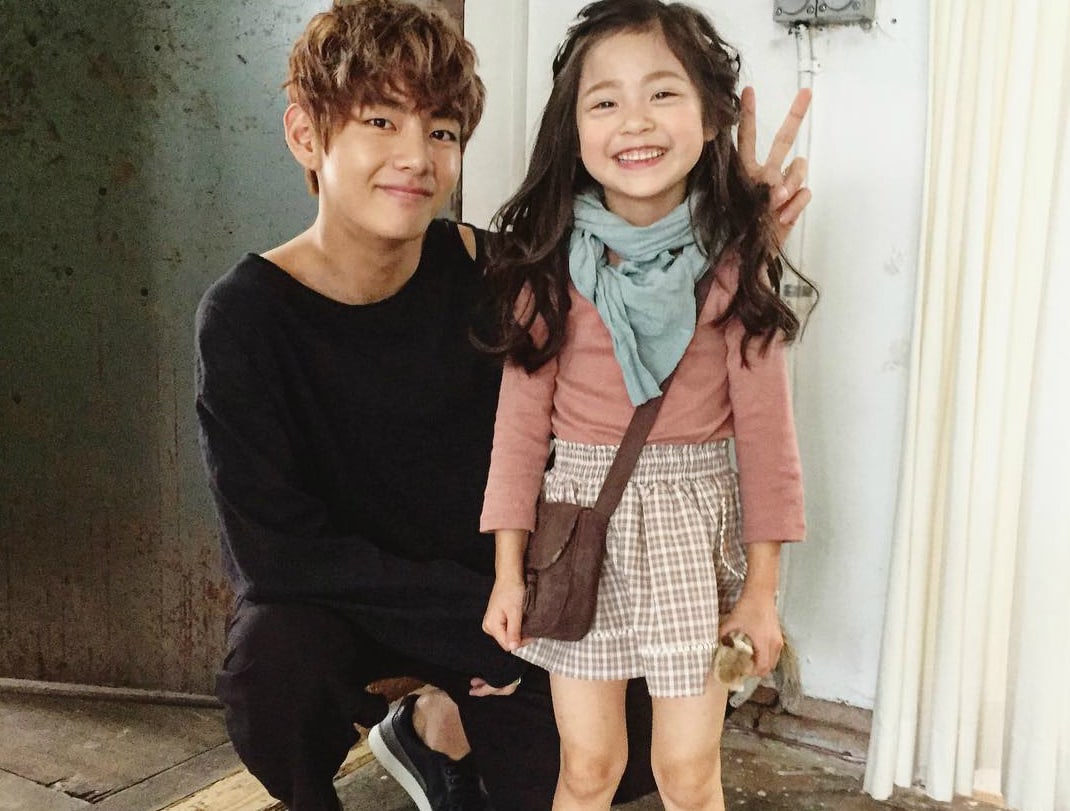 Whether you like children or not, you have to admit that idols who are good with kids are nothing short of adorable. The unadulterated affection that children bring out in people is downright irresistible, even more so when it’s your fave. Thus, we have compiled these idol/child interactions for your viewing pleasure.

Be prepared, as this list is about to bombard you with unprecedented levels of cuteness. You’ve been warned.

When Tablo’s daughter Haru is brought backstage at a YG Family concert, cute and hilarious antics ensue. Her enthusiastic interactions with the YG artists are all super cute, but the highlight is undoubtedly Haru’s encounter with BIGBANG’s G-Dragon. Watch below as Haru’s shyness charms both GD and everyone watching.

Among the members of Red Velvet, who can win the hearts of these two little girls? They must pick from Wendy’s balloon trick, Yeri’s singing, and Joy’s laughing puppy toy. And best of all, the winners get kisses on the cheek!

The entirety of MONSTA X-RAY Episode 5 is the purest video to ever grace human existence, no hyperbole intended. Please bless yourself and watch the compilation below, or better yet the entire 50-minute episode.

After waking up from a nap, these twins are faced with a happy surprise when Baekhyun and Chanyeol of EXO come to visit! From playing peek-a-boo to a game of tag, there’s no shortage of mischief with these boys.

5. I.O.I gets a surprise visit backstage

After greeting many other idols, the “Superman” twins finally meet I.O.I! The members hilariously try to see who the kids like best, and boy do they get competitive about it. Many hugs are exchanged, much to everyone’s delight.

6. VIXX’s Leo spends the day with his nephew

Is there anything more charming than a guy who loves kids? The answer is obviously no. As Leo shows his nephew around the area, you can’t help but fall for him as he patiently describes every little thing.

As a Japanese idol, Momo’s Korean level was determined to be at the level of an elementary school student in a variety show. Thus, she learns from one of her “peers” while studying for a Korean exam. However, things go a bit awry when neither of them end up knowing the answers.

8. BTS fawns over a child at their fansign

Meeting fans is generally a happy time for idols, and this happiness is certainly intensified when their fan is a cute baby. Although this clip doesn’t provide enough audio to hear what is being said, actions certainly speak louder than words.

9. AOA spends a day at the sauna with the Lee twins

After meeting Seolhyun and Hyejeong, the boys become adorably shy before quickly returning to their playful selves. The twins even forget Seolhyun’s name and call her Hyejeong, much to the girls’ amusement.

10. SHINee gets forcefully woken up

Sarang really loves playing the “magic carpet” game, and the Girls’ Generation members are more than happy to oblige. The girls even continue to play despite their exhaustion, much to Sarang’s delight.

What happens when B1A4 tries to speak only English? The same thing that happens when they’re speaking Korean: complete shenanigans. Also the shy interactions between baby Hyunwoo and Lauren are to die for.

After a fun day of playing, these kids sweetly offer Mino some gifts. Mino, moved by their kindness, cries out of gratitude. Ladies and gentlemen, there is no interaction purer than this one.

Hey Soompiers, which of these moments was your favorite? Are there any interactions that you think are missing? Leave your response in the comments below!