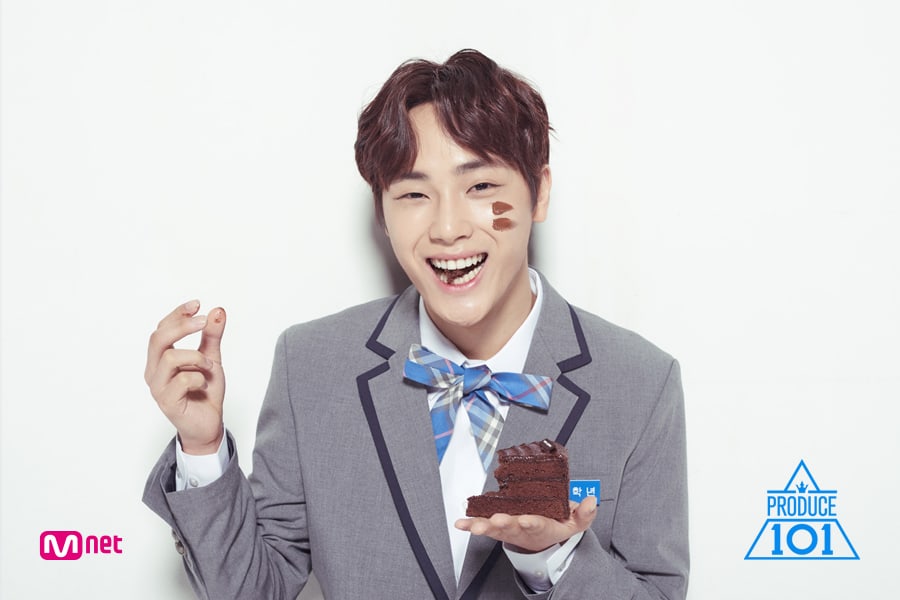 “Produce 101 Season 2” contestant Joo Hak Nyeon held a Naver V App broadcast on June 24 to update fans on life back in Jeju Island, as well as who he’s close with.

The trainee was joined in his first V App broadcast by a special guest, a baby pig! When fans asked him why he had the adorable companion with him, Joo Hak Nyeon explained, “I’m currently back at my house in Jeju. It’s the first time I’m back here in four months. When I returned, I learned that some piglets were born while I was gone.” 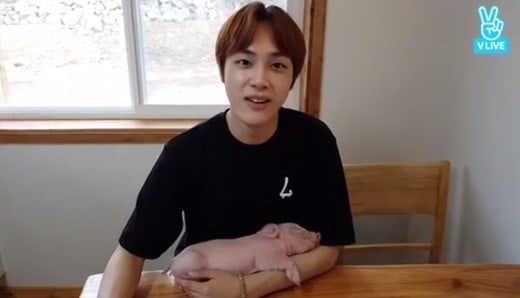 He continued to state, “[Since the show ended,] I’ve been back at home and spending some quality time with my family. I’m also preparing for the ‘Produce 101 Season 2’ concert that will be held on July 1. I’ve been balancing rehearsing for the concert with school.”

Joo Hak Nyeon was also asked who his closest friend is, and he picked fellow Cre.ker Entertainment labelmate Kim Seon Woo. He didn’t hold back when praising his friend as he added, “He’s such a kind and awesome friend, and a great rapper.”