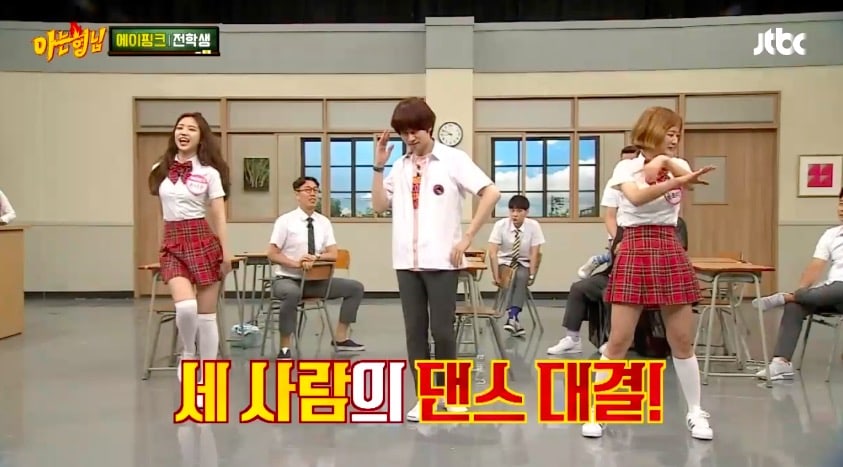 Watch: Apink’s Son Naeun And Bomi Bring The Laughs By Dancing Their Hearts Out To PSY’s “New Face”

Who would have known that the Apink members could make PSY’s “New Face” dance even funnier than it is?

Apink appeared as guests on the June 24 broadcast of JTBC’s “Ask Us Anything.” The cast demanded that Apink’s Son Naeun, who featured in PSY’s “New Face” music video, show them the dance. Son Naeun walked up shyly, saying, “I’m so nervous!” However, when she started, she completely changed and showed off the powerful dance perfectly, shocking everyone.

Afterwards, Hayoung and Bomi also took on the dance. While Hayoung was almost perfect with the dance, Bomi stole the show by making the dance absolutely hilarious with her facial expressions. Afterwards, Kim Heechul joined Bomi and Son Naeun for the dance, but Bomi was so hilarious that Kim Heechul admitted, “No one can beat that!”

Meanwhile, Apink also gave a sneak peak of their upcoming song “Five” on the show. Their new mini album “Pink UP” will be released on June 26.