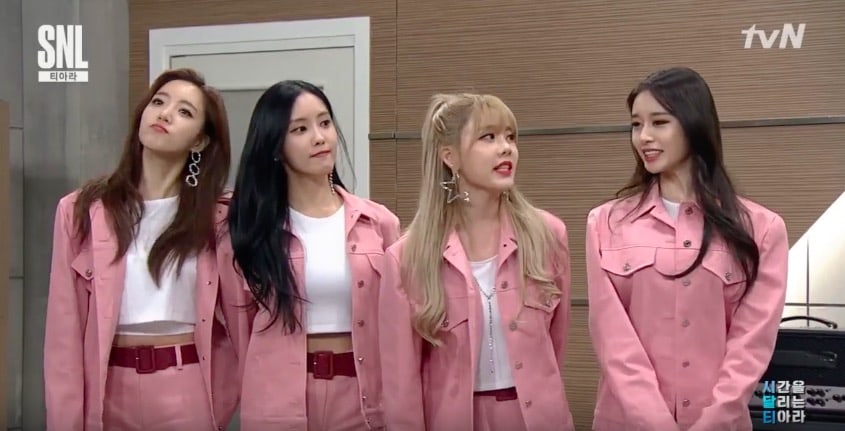 Girl group T-ara showed how easygoing they were by laughing at their painful past from five years ago.

On the June 24 broadcast of tvN’s “SNL Korea 9,” the SNL cast members Shin Dong Yup, Kwon Hyuk Soo, Kim Min Kyo, and Jung Sang Hoon dressed up as T-ara from 2010. The four of them met with the current T-ara, who were played by the members themselves.

At that, Jung Sang Hoon said, “Why is it after five years? Why can’t we win for five years?” T-ara replied, “Don’t try to know about the specifics.” 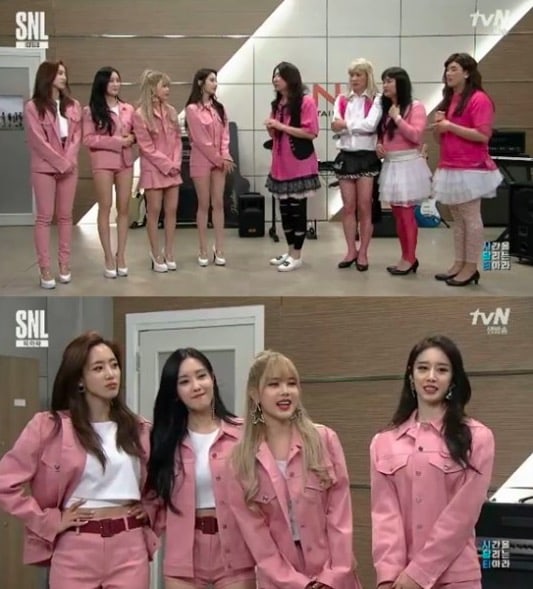 Shin Dong Yup kept asking the four members, “Then answer me this. Where are Boram and Soyeon?” The T-ara members became flustered and wondered how they were supposed to deal with this question. Ham Eun Jung, however, was quick on her feet to say, “Then where are Boram and Soyeon on your side?” The 2010 T-ara replied, “They’re at the hair salon.” Ham Eun Jung said, “Then so are ours!”

The 2010 T-ara also kept teasing the members about the bullying controversy from 2012 involving Ryu Hwayoung. When Kwon Hyuk Soo complained that he couldn’t follow the choreography to T-ara’s dance, Kim Min Kyo said, “That is a difference of determination!” At that, the current T-ara members said, “You girls shouldn’t say the word ‘determination’ so easily.” 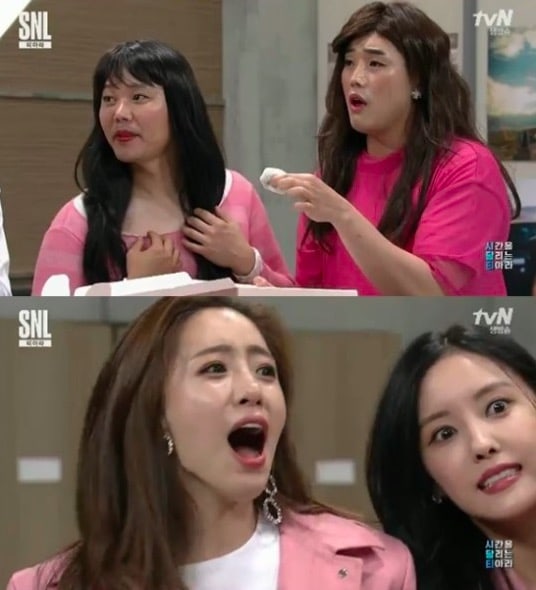 Meanwhile, T-ara recently won first place on “The Show” with their last song together as a group “What’s My Name.”

T-ara
SNL Korea 9
How does this article make you feel?