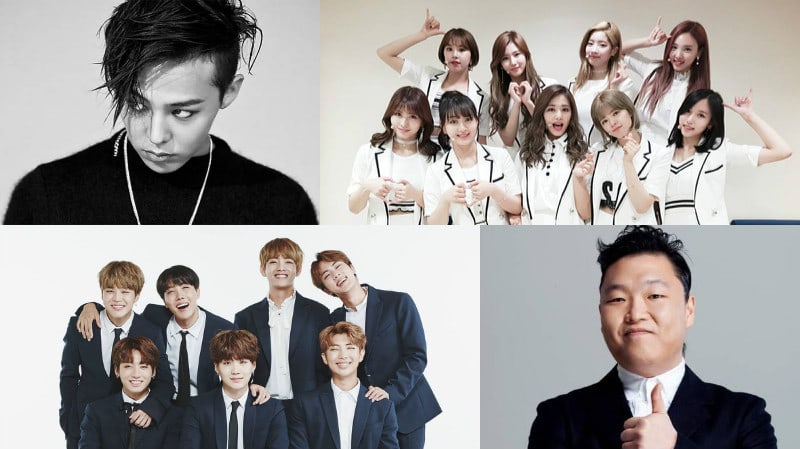 From May 23 to June 24, the Korean Business Research Institute gathered 63,006,736 pieces of brand data and analyzed aspects such as consumer brand participation, media, communication, and community. Compared to the previous analysis in April, the amount of data had decreased by 24.22 percent.

G-Dragon came in first place with an overall brand reputation index of 7,193,604, thanks to his new song releases.

The head of the Korean Business Research Institute listed some of G-Dragon’s achievements as reasons why G-Dragon was able to take first place. He said, “He is the first Korean solo artist to top Billboard’s world album charts for two consecutive weeks. In his new album containing five tracks, he participated in composing and writing the lyrics to all of his songs. Without making any appearances, he has taken four wins on music shows as of now.”

He then explained, “According to a keyword analysis, he was tied with ‘conflict,’ ‘like,’ and ‘thankful.’ A link analysis showed ‘Untitled, 2014,’ ‘USB,’ and ‘BIGBANG’ as the most highly linked words. A positivity-negativity analysis came out as 52.09 percent positive.”