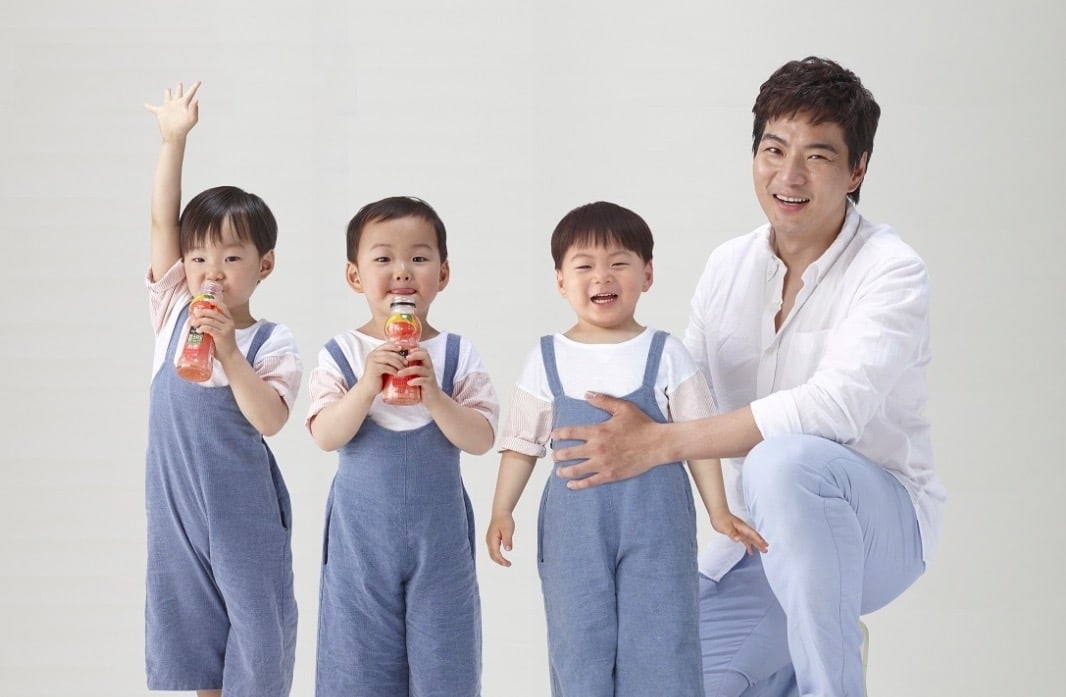 Actor Song Il Gook, who is also well-known as the father of the triplets Daehan, Minguk, and Manse, recently sat down for an interview and shared some thoughts on childcare.

The ex-star of “The Return Of Superman” shared that he has had disagreements with his wife regarding childcare. He said, “Before the children turned one, I never fought with my wife. Before that, I thought that childcare was [my wife’s] job, and that I was just helping with it.”

He continued, “Since we had triplets, it took a whole day just to wash their bottles. After we fed them, we had to prepare to feed them again. But even so, since I thought childcare [wasn’t my job], we had differences in opinion and fought.”

The solution to this problem was, as always, conversation. He revealed that he often had drinks with his wife. He said, “We were thinking about why we fought so often, and we conversed while we drank. That was when I realized it. After the children turned one, I realized that since my wife birthed the children, it was my job to raise them.”