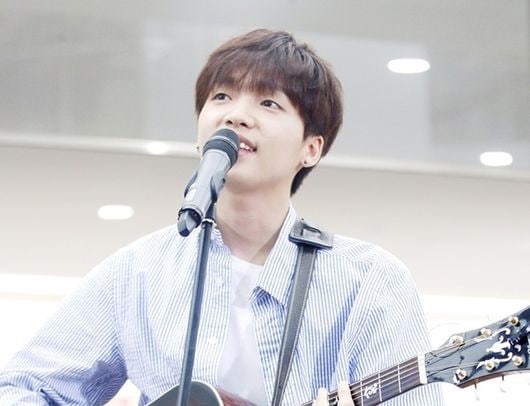 Former “Produce 101 Season 2” contestant Jung Se Woon may not have been able to make it to the top 11 on the show, but he has certainly managed to gather an impressive fanbase!

On June 23, a duo called MIND U held a busking event at COEX, where Jung Se Woon and singer Yoo Seung Woo appeared as special guests.

At the event, Jung Se Woon performed one of his self-composed songs after delivering an impressive rendition of Shawn Mendes’s “Mercy.”

The trainee posted a photo on his personal Instagram alongside the caption, “MIND U successfully concluded their first busking tour today! It was my first busking event as well so it was a very special moment for me. I was really happy to appear as a guest. Thank you for coming all the way here to see us!”

Yoo Seung Woo
Produce 101 Season 2
MIND U
Jeong Sewoon
How does this article make you feel?