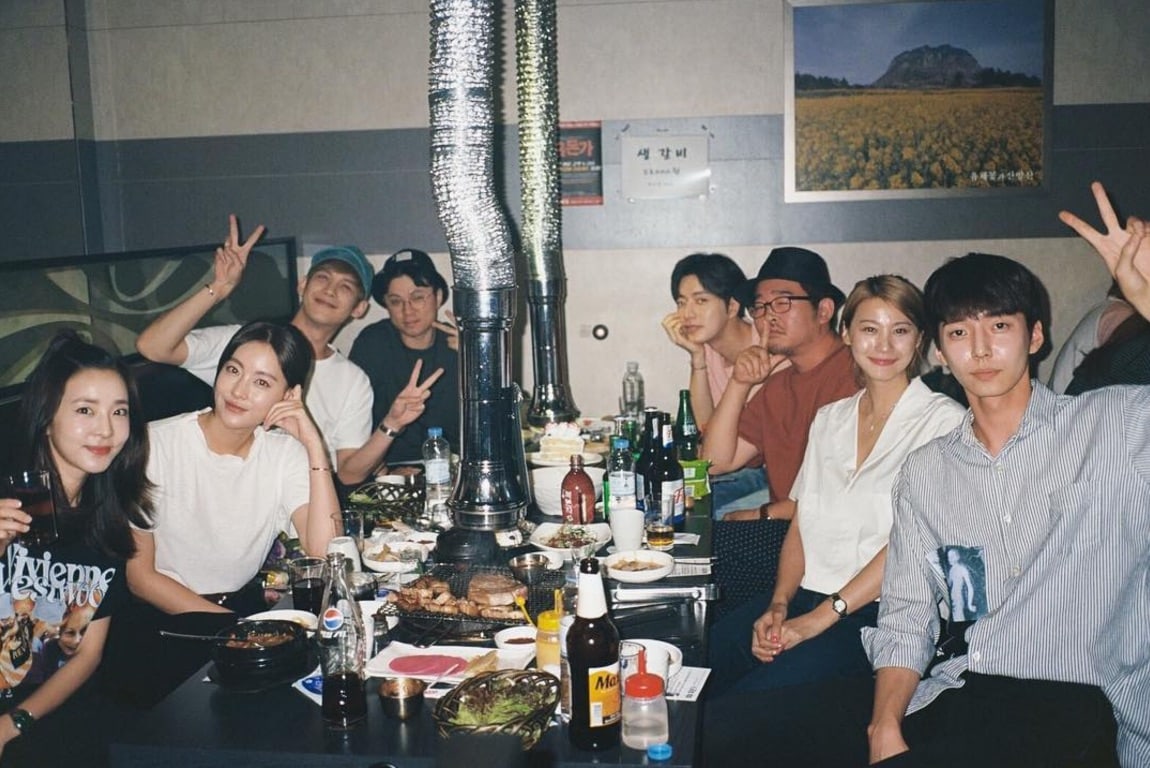 It looks like the team of actors who are involved in the film version of “Cheese in the Trap” is done filming, with Sandara Park sharing a photo from their wrap party!

On June 25, Sandara Park took to her personal Instagram account to share the photo with the caption, “‘Cheese in the Trap’ wrap party. Our director has his eyes closed [in the photo]. Sorry about that~ But you still look great.”

The photo shows cast members, including Park Hae Jin, Oh Yeon Seo, Park Ki Woong, Yoo, In Young, and Sandara Park, enjoying a meal with their director. Filming was confirmed to have finished on June 22, and a release date has not yet been set for the movie.

“Cheese in the Trap” will be based on a webtoon of the same name and it will be interesting to see how it differs from the 2016 drama series.

Are you excited to see this cast in the film adaptation of “Cheese in the Trap”?

Sandara Park
Cheese in the Trap (film)
How does this article make you feel?