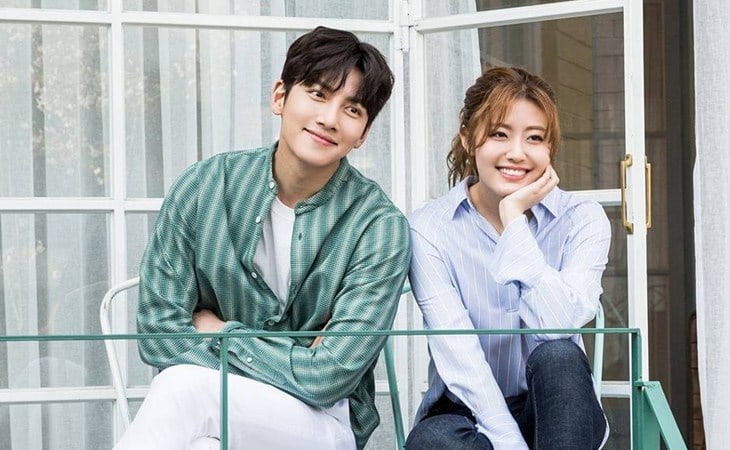 If you haven’t jumped on the “Suspicious Partner” train yet, now’s the right time to catch on, because the drama is rapidly approaching its climax and you wouldn’t want to miss it. When the drama first aired, it promised to be a combination of both lighthearted romance and crime, but as it moved along, viewers got more than just that. The story revolves around the fish-out-of-water novice lawyer Eun Bong Hee (Nam Ji Hyun), who was falsely accused of murder, and prosecutor Noh Ji Wook (Ji Chang Wook), who got demoted because he risked his reputation to save Bong Hee. Things get complicated as their careers and love lives get entangled, but one thing brings them together — catching the real culprit responsible for a series of murders before they run out of time and get themselves killed.

How can you resist not watching a drama starring Ji Chang Wook? We’re so used to seeing him play charismatic roles in action and mystery dramas that watching him play an entirely different character is absolutely refreshing. Here, he embodies the nerdy, snarky, snobbish, and introverted character of Noh Ji Wook, who’s brilliant, but his attitude stinks. Everyone in his office hates him, but he doesn’t care — until he meets his match, apprentice lawyer Eun Bong Hee, who doesn’t put up with his tantrums. Ji Chang Wook is able to pull off acting silly or cute without being too contrived or unnatural, and he has a palpable chemistry with his female lead. Prepare to swoon when you witness him going from one sulky grown up man to being a gooey romantic gentleman as he slowly develops his feelings for Bong Hee. 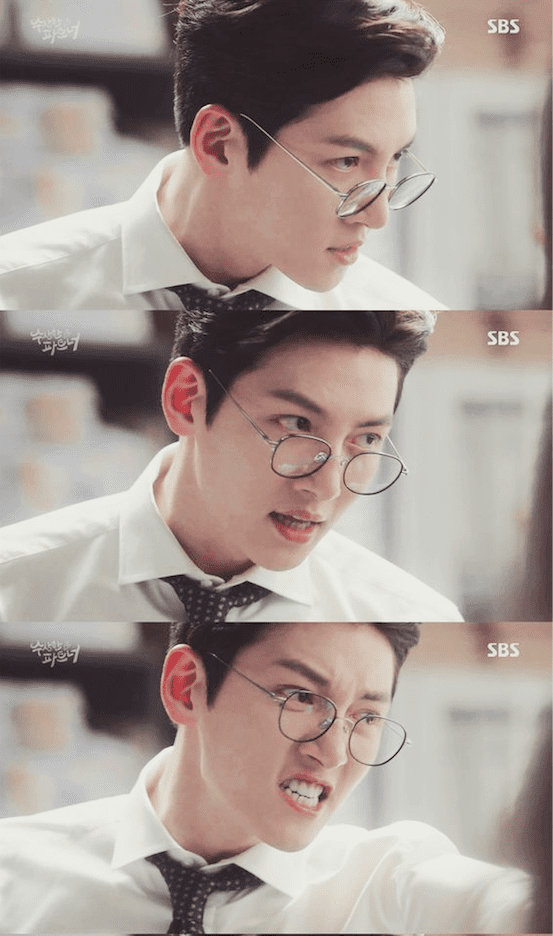 Best known for her role in “What Happens to My Family?” as an innocent and tacky country girl, Nam Ji Hyun plays a city girl in this drama, but still she is far from chic. As Eun Bong Hee, her character is a clumsy, well-meaning, yet trouble-causing woman who always seems to find herself in the most unfortunate and embarrassing situations. Perhaps she has bad luck or maybe she’s just really clueless, but despite that, Eun Bong Hee tries to stay positive. Even when she has her career ruined by being mistakenly involved in a murder scandal, she still keeps her head high. She’s also quite naive, but when it comes to solving cases and finding justice for whom it is due, she means business. Eventually, she falls in love with Noh Ji Wook, who couldn’t be any more her opposite. He’s uptight, a clean freak, and unfriendly, while, on the other hand, she’s quirky, unkempt, and a bit dirty sometimes. It’s refreshing to see Nam Ji Hyun let go of a prim and proper image and portray someone who wouldn’t easily be identified as an ideal girl; all of her antics add humor and lightheartedness to the drama. 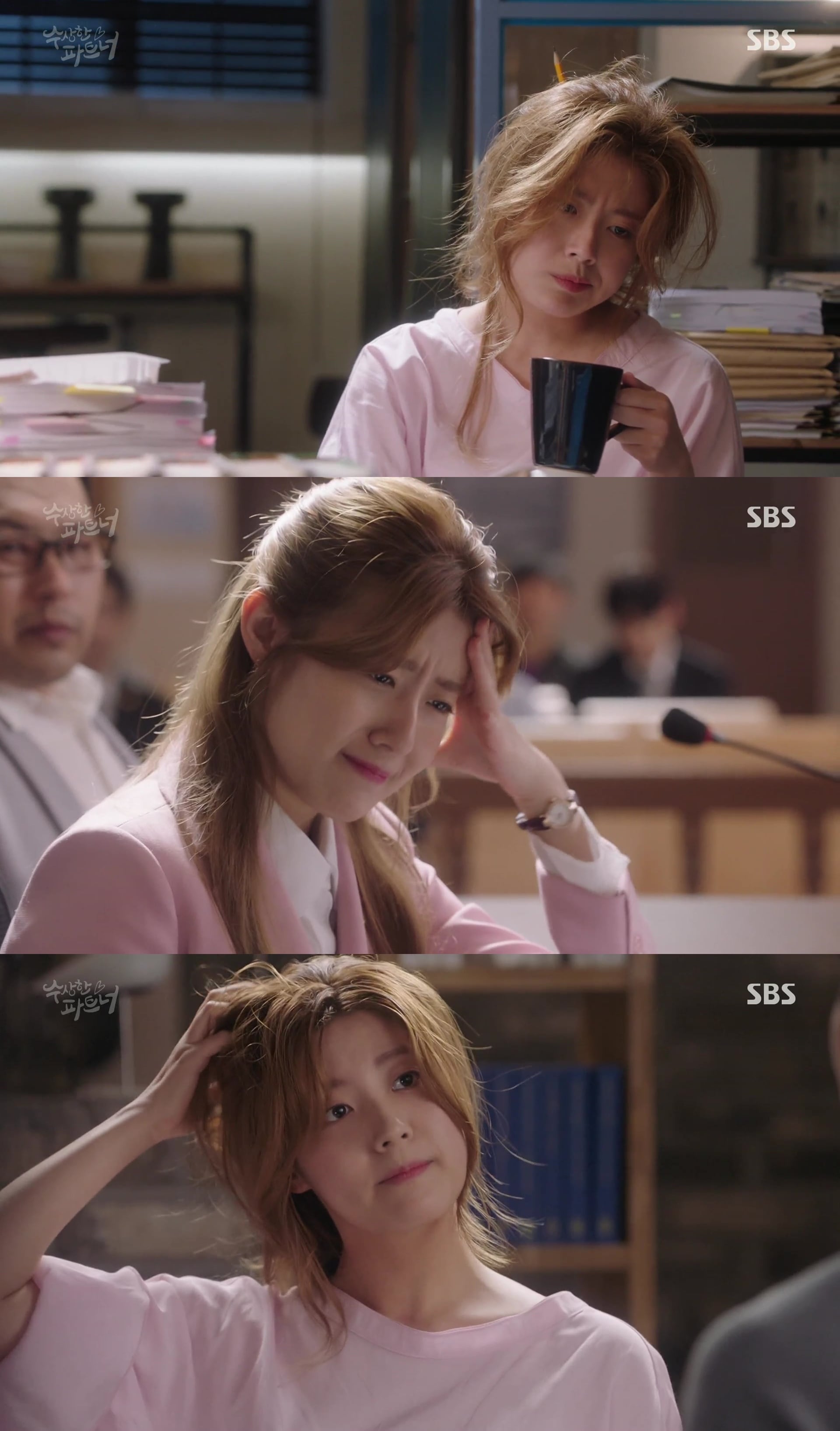 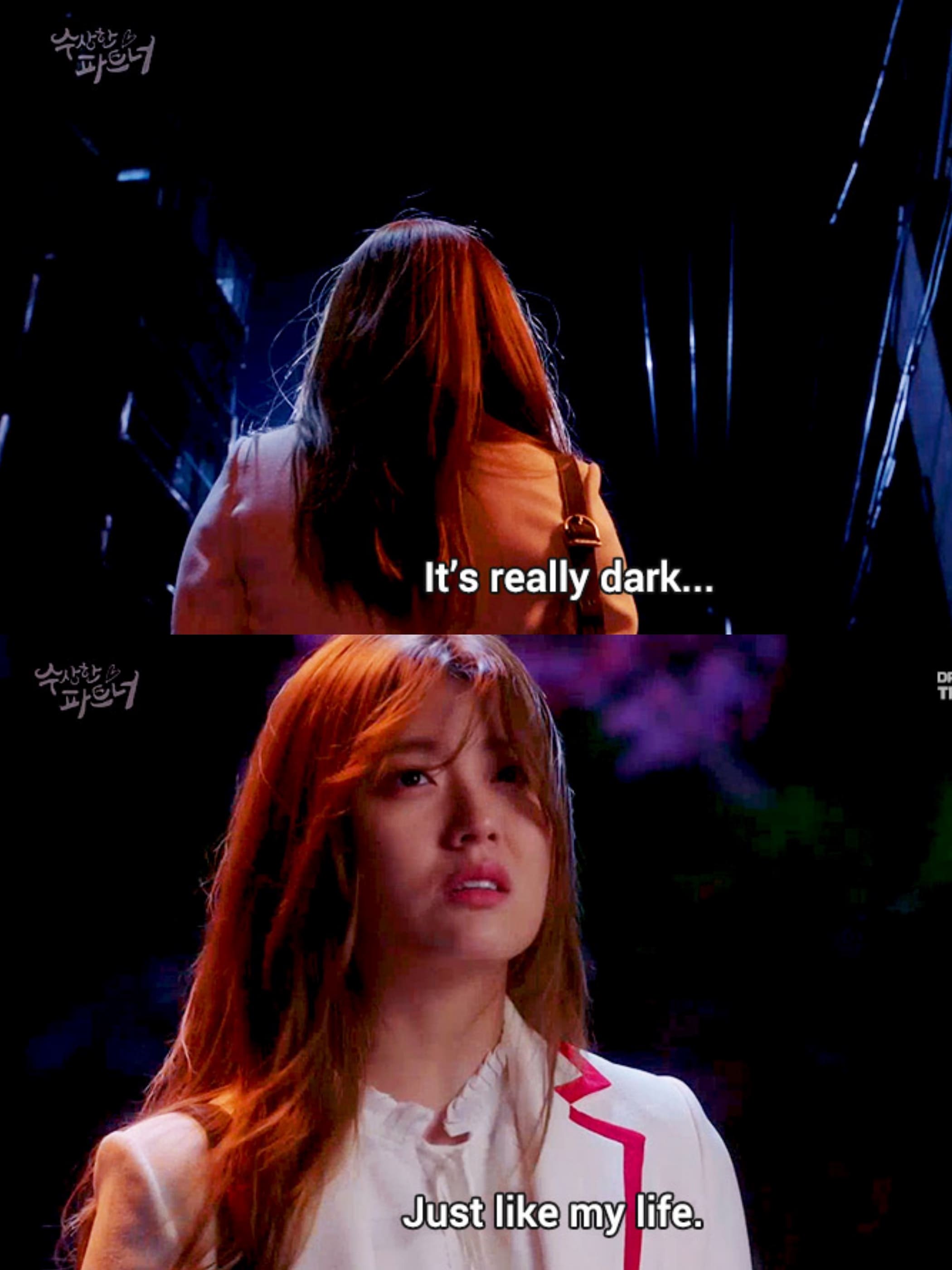 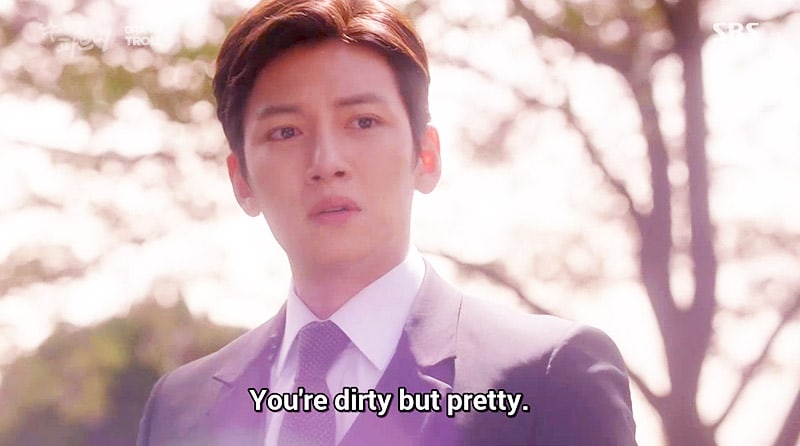 The cat and mouse relationships

The story begins with a conflict between pairs in this drama, and it’s endearing to see how these relationships evolve as slowly the reasons for why they were bickering in the first place are revealed.

Eun Hyuk (Choi Tae Joon) and Ji Wook were best friends in law school, until infidelity broke their friendship. Eun Hyuk got caught sleeping with Ji Wook’s then-girlfriend, Cha Yoo Jung (played by Hello Venus’s Nara), who is also part of their motley crew. Instead of the usual melodramatic waterworks and fiery exchanges whenever they meet, these two fight like middle schoolers, as Eun Hyuk keeps bugging and annoying Ji Wook. 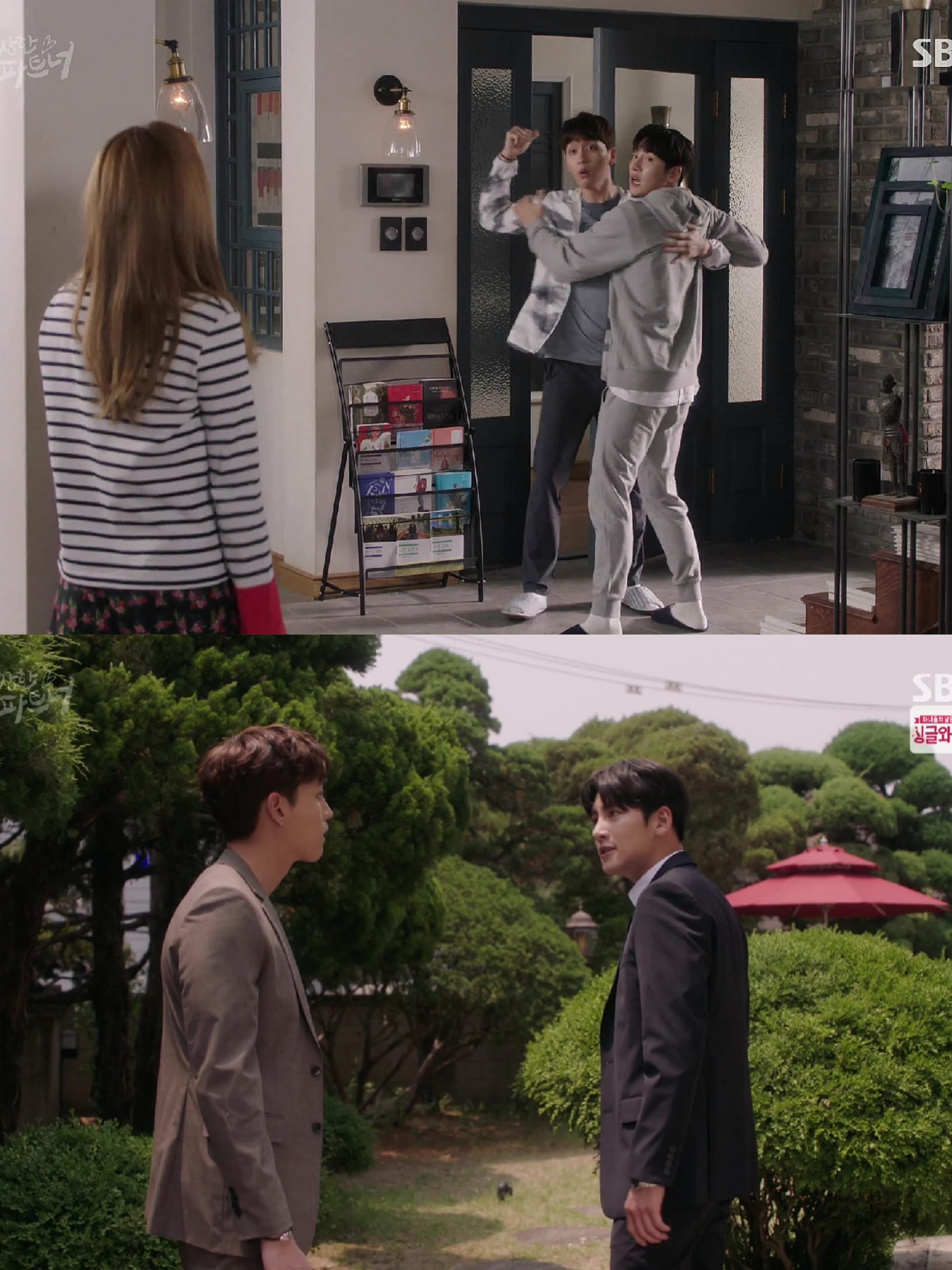 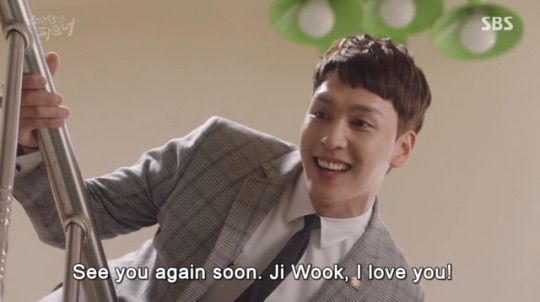 These two ladies are always involved in a catfight, because of the same reason the other two men are always at each other’s throats. Bong Hee’s boyfriend cheated on her with Kim Ye Won (Na Ji Hae), another prosecutor who happened to be her classmate in law school. Ye Won still believes that Bong Hee murdered her ex, and she simply can’t stand her existence. Not to be outdone, Bong Hee always fires back — but underneath all that prickly relationship, is there a friendship waiting in the wing? 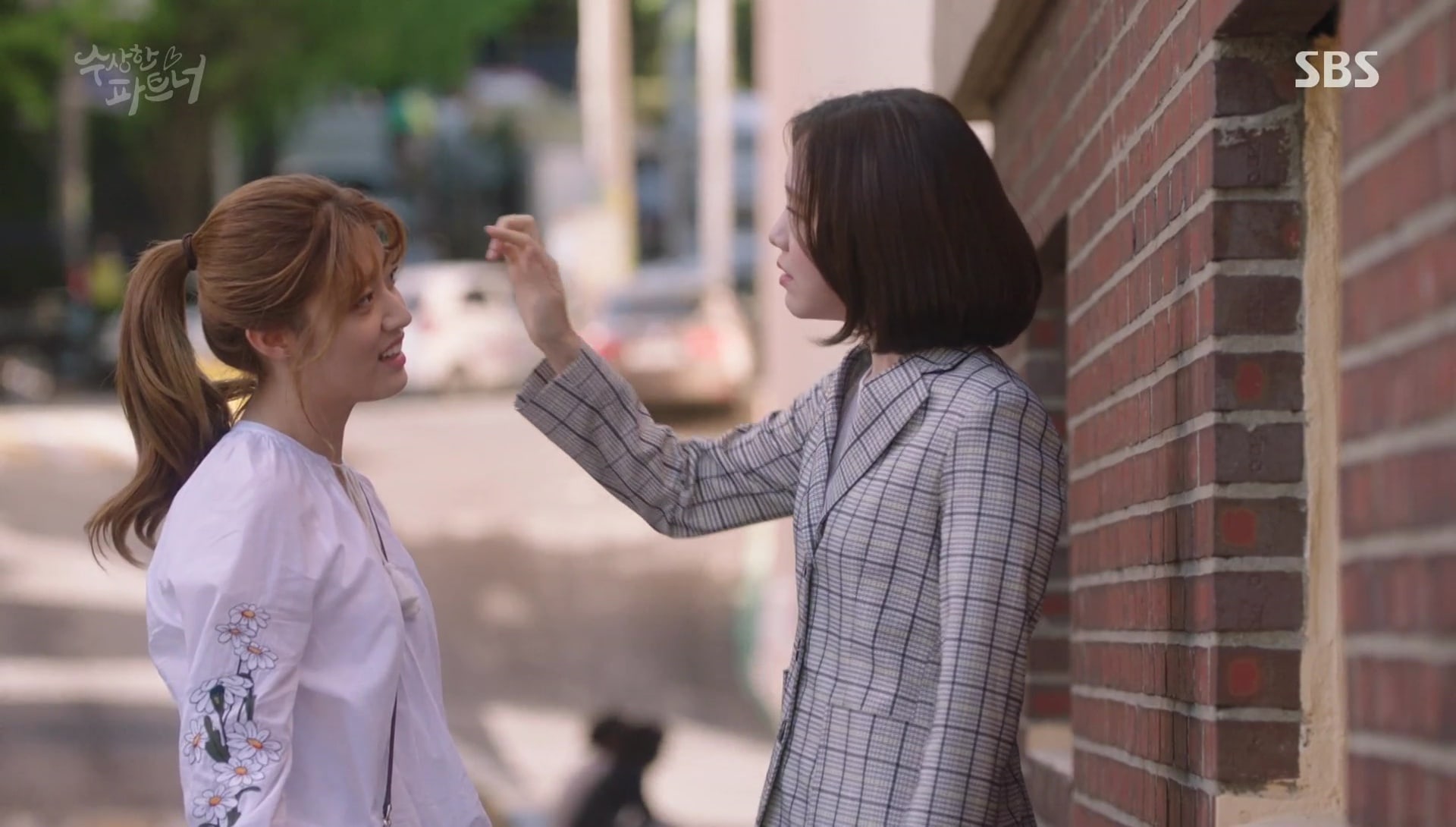 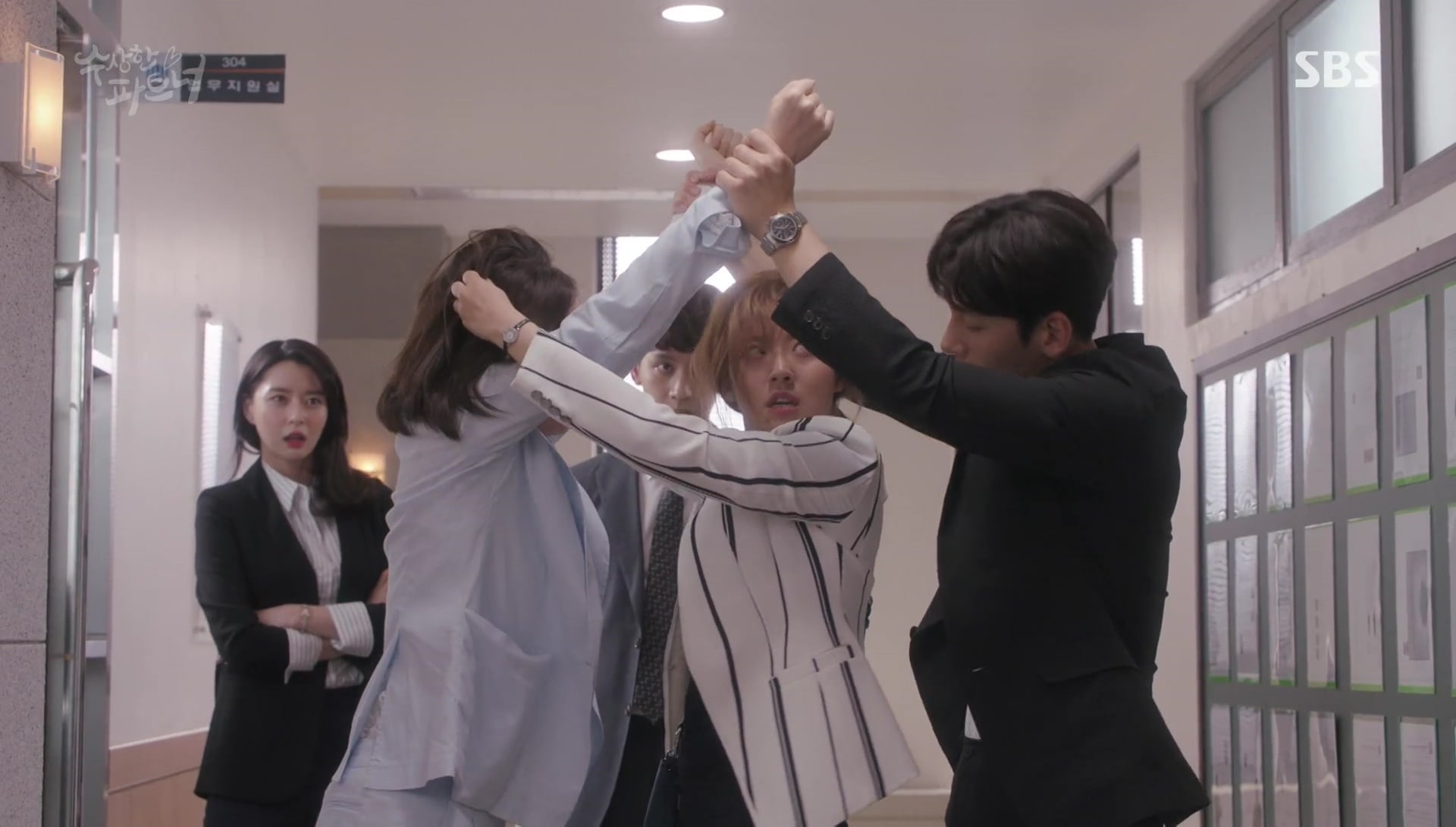 No Ji Wook vs himself

The merciless prosecutor will find himself out of his comfort zone when he meets Bong Hee, and the drama will show his inner struggles — to accept himself, open his heart to others, get over his past trauma, and most importantly, to love once again.

Most ex-girlfriends in K-dramas are either manipulative or catty, but Cha Yoo Jung (Nara) is quite the opposite. She’s stunning, intelligent, and she’s an empowered woman. She leaves after cheating on Ji Wook, only to come back and ask him for forgiveness. She proves herself as a levelheaded and professional prosecutor, leaving all the drama behind and focusing on the cases at hand. 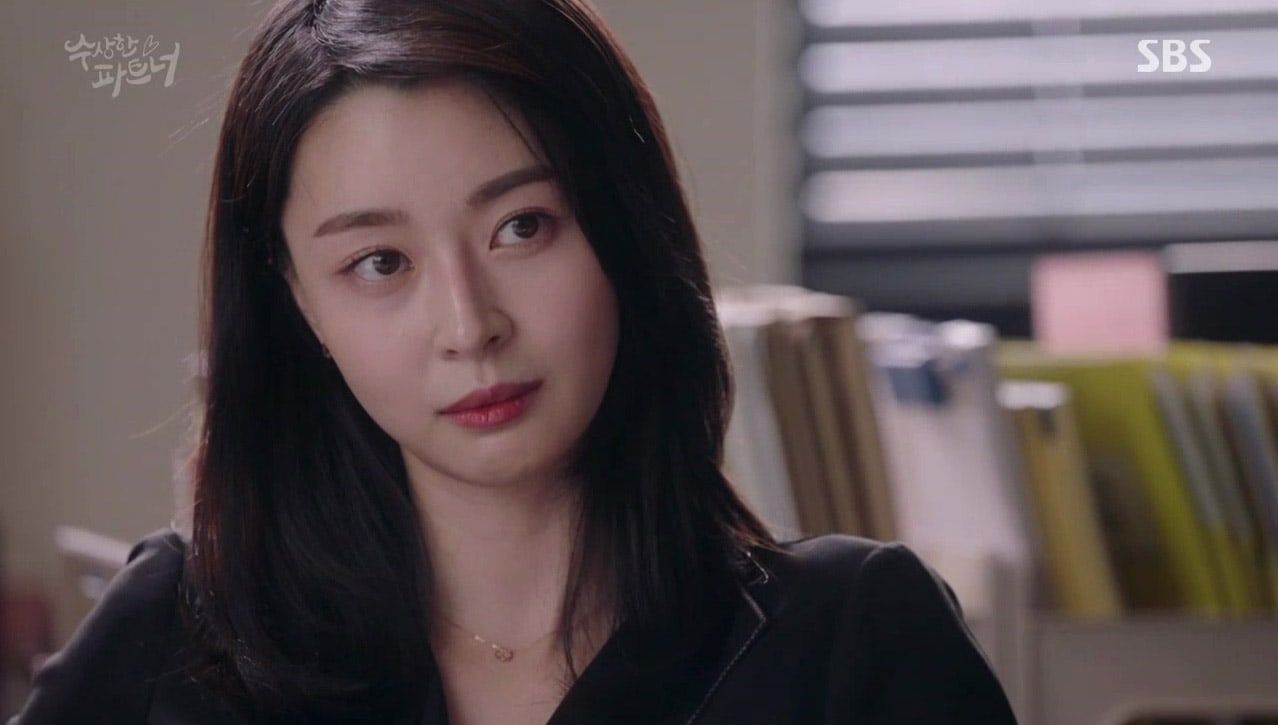 When we think of killers, we usually picture them as having a strong, scary look. But in this case, they have pretty faces, which makes it easy for them to hide the inner evils that are going through their heads, and that much more chilling when the facade lifts. Take, for example, the suspected killer, Jung Hyun Soo (played by Dong Ha); when he first came in for questioning, he was able to convince even the most meticulous Ji Wook that he was innocent. His gentle face, puppy dog tears, compelling story, and smile touched Bong Hee’s sensibilities, as well, and made her believe in him. Along the way, his devious smile worked to his disadvantage and made everyone become suspicious of him instead. The same goes for his cohort, whose motives are not yet revealed at this point.

Their story is also intriguing: why do they kill? What’s the connection among the people they murder? 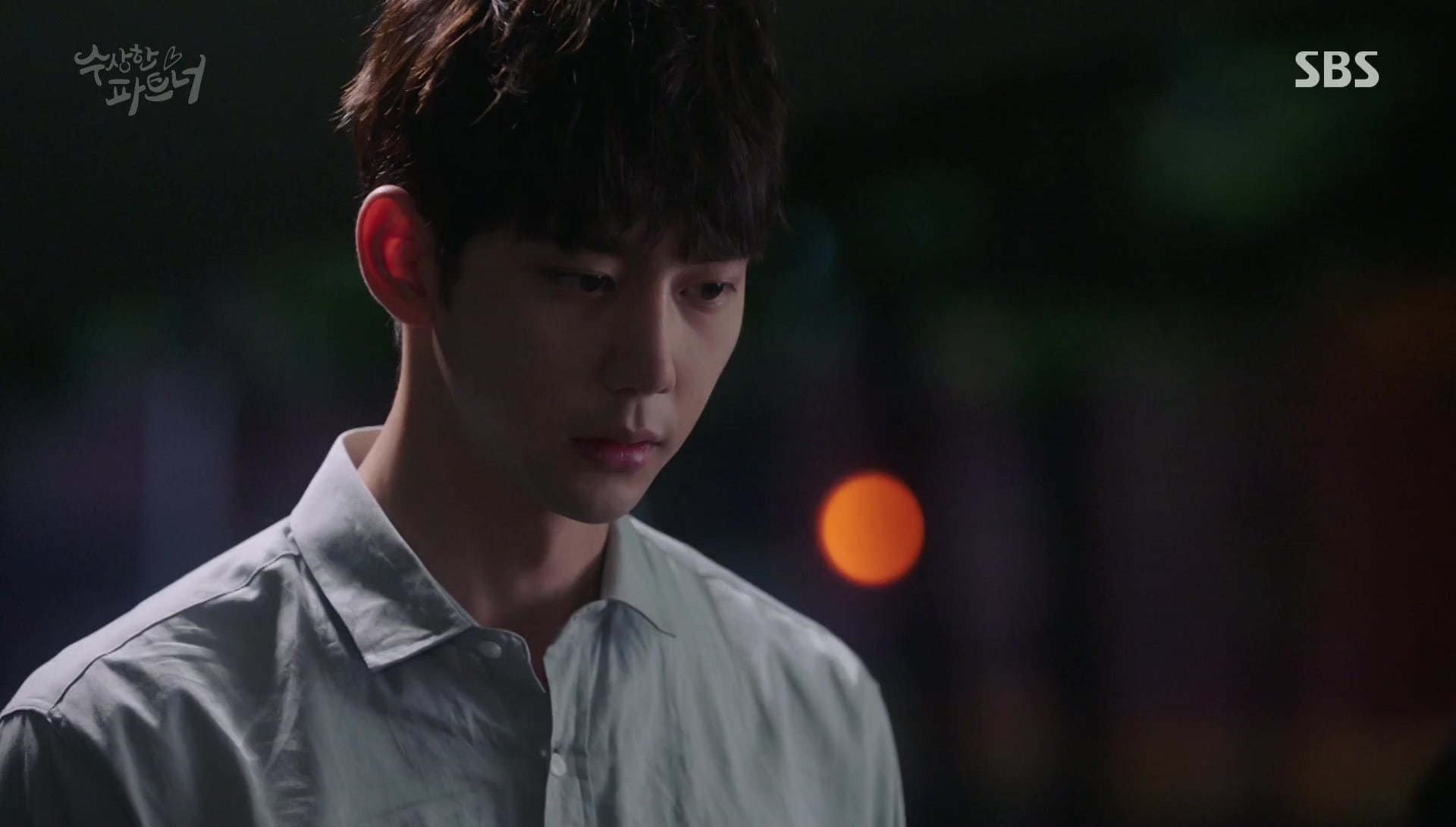 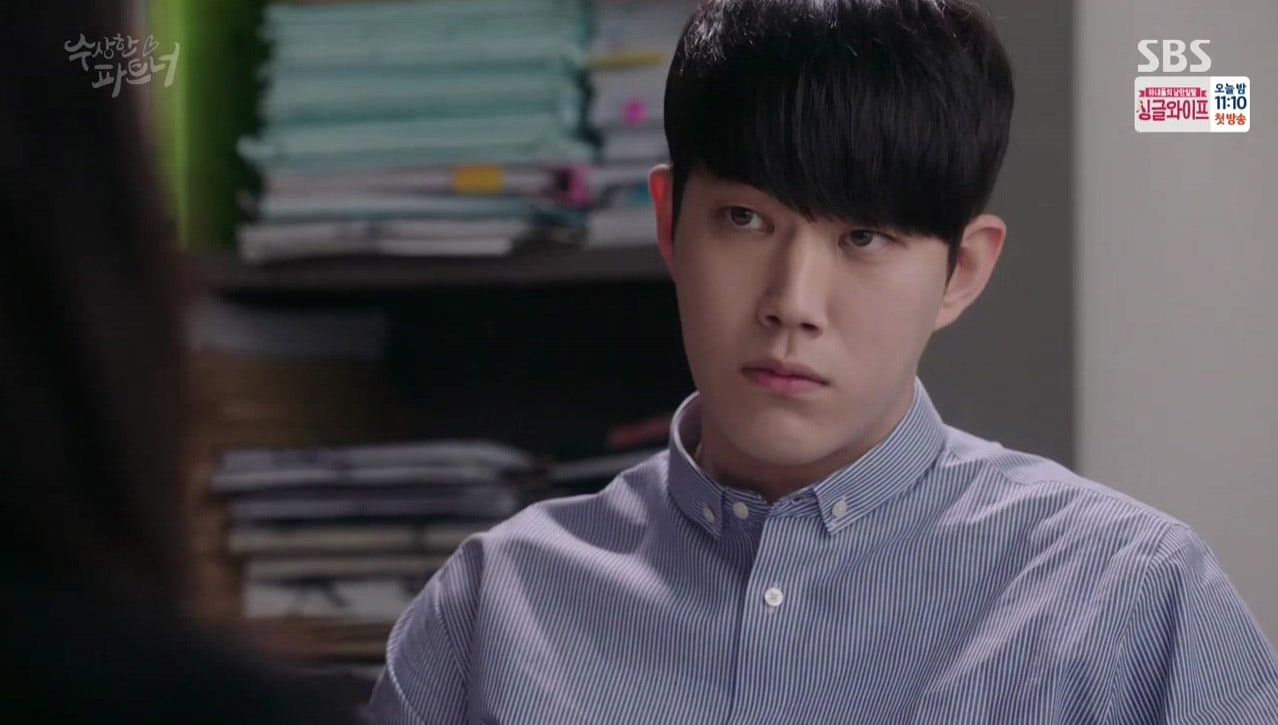 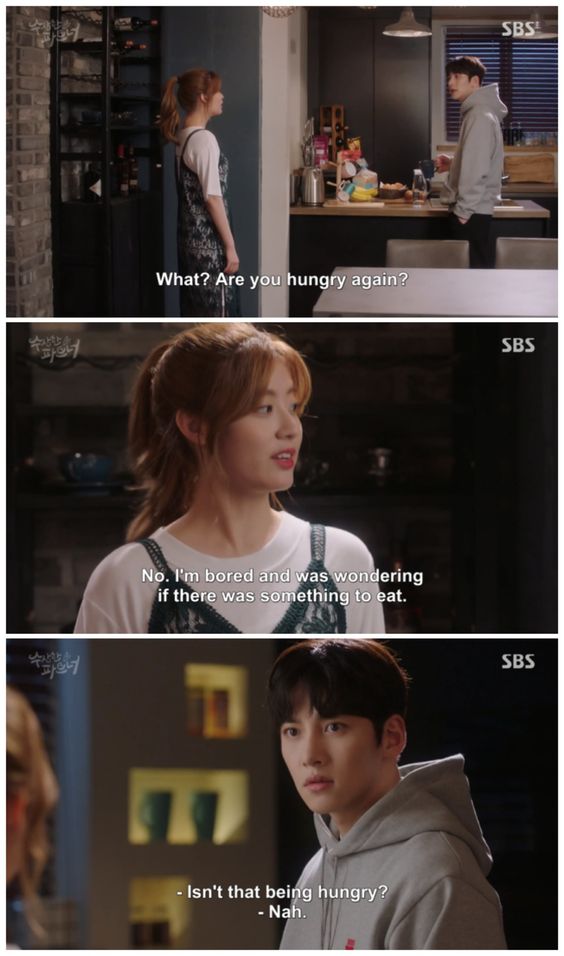 After being demoted, Ji Wook branched out and made his own law office. He decided to employ a staff that also had failures: Byeon Yeon Hee, a law office CEO who’s considered too old to continue (Lee Deok Hwa); Officer Bang, a loyal Prosecution Investigation Officer (Jang Hyuk Jin); Bong Hee, the lawyer who had a “murderer image”; and Eun Hyuk, a troublemaking lawyer. Despite the fact that they can’t even start a meeting properly (they always end up arguing), they band together to solve cases while still upholding their integrity. 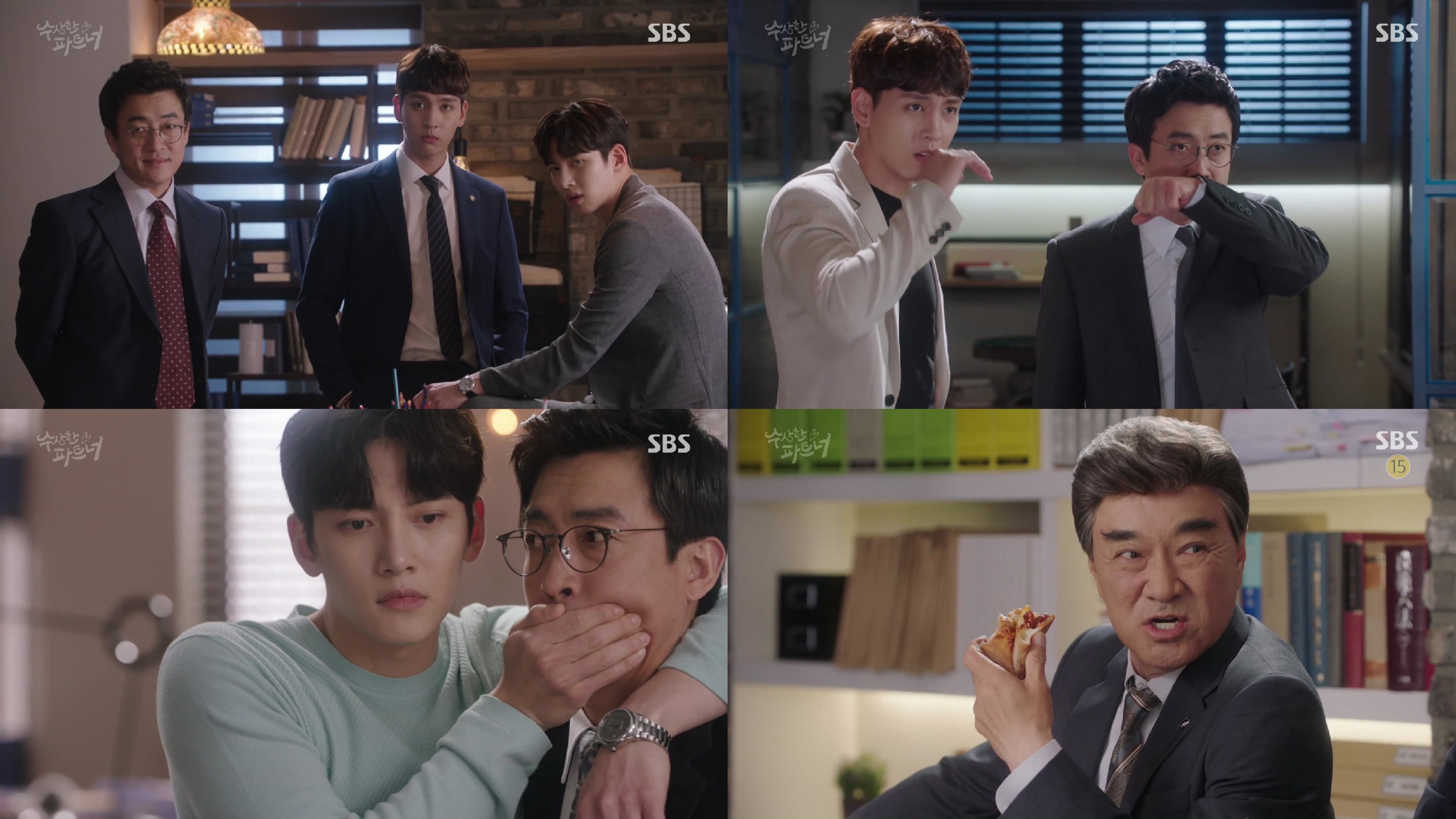 Will they or won’t they? The two leads become experts at playing mildang, a Korean word for flirting or a “push and pull” game which considers the first one to confess his or her feelings as the loser. Bong Hee is sure of her feelings at first, yet Ji Wook keeps pushing her away. And as a series of mishaps happen, Bong Hee starts questioning whether it’s right to continue loving Ji Wook, and now she’s the one avoiding him — just when Ji Wook is sure of his feelings! Talk about bad timing! Both characters tend to keep their guards up, which makes the viewers keep watching in excitement as to when will they finally become a couple. But in the midst of all that guessing, there are unexpected cute lovey-dovey scenes that will give you all the feels. 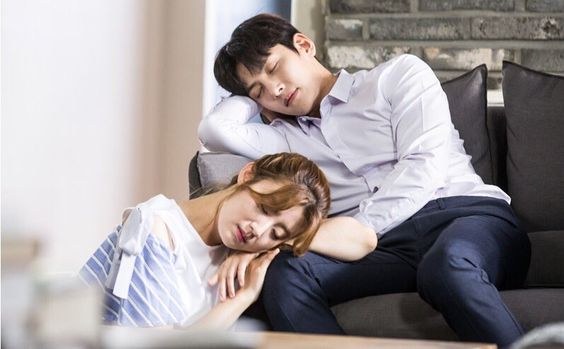 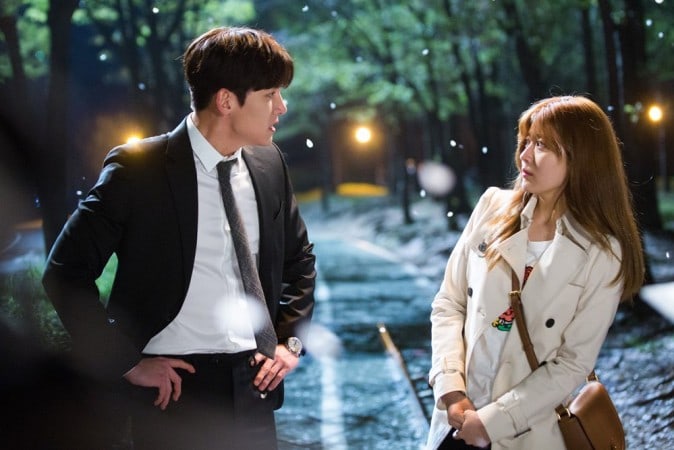 If you want something light but will still keep you on your toes, then this drama is for you!