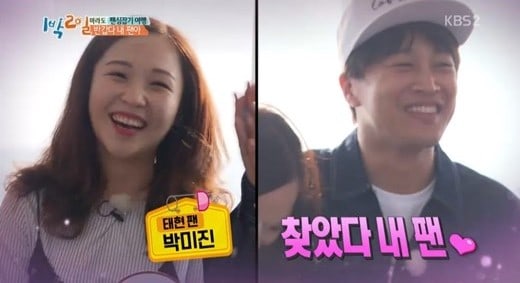 Actor Cha Tae Hyun proved yet again just how much he loves his fans when he reunited with a long-time fan in the recent episode of KBS’s “2 Days & 1 Night” that aired on June 25.

On the way to Marado, the cast was met with a group of fans, one for each member, and was tasked with identifying their own fan. Cha Tae Hyun looked extremely confident as he said, “You brought someone I know too well. I even know their name.” 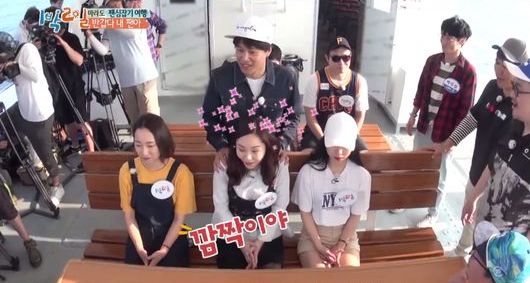 When it was his turn, Cha Tae Hyun marched up to a man, much to the surprise of everyone as they had assumed a female fan would have shown up. But this ended up being a prank by Cha Tae Hyun, who pretended to shake hands with the man before turning around and choosing his actual fan.

The fan, who had been disappointed that Cha Tae Hyun hadn’t recognized her, was so surprised and delighted that she teared up. She was further moved when the actor even proudly said, “Anyone can see that she’s my fan.” 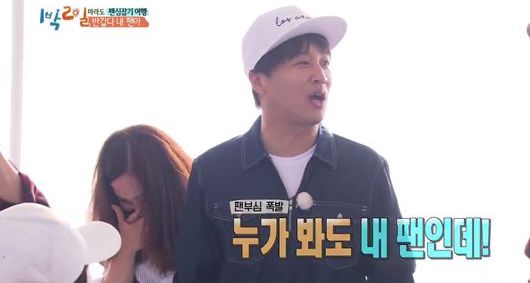 The fan, Park Mi Jin, revealed that she’s been a fan of 16 years since she was in the 8th grade, and had everyone laughing when she revealed, “When I heard that he was getting married, my legs immediately stopped working and I stood still in shock.” 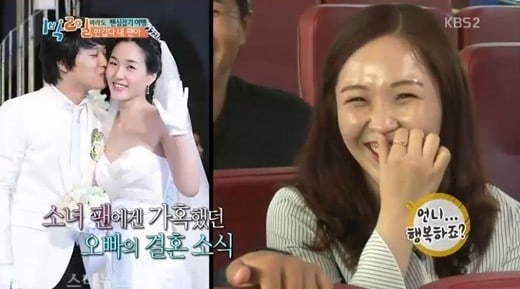 Check out the latest episode of “2 Days & 1 Night” to see the cast bond with their fans and bring the laughs together!

Cha Tae Hyun
Happy Together
How does this article make you feel?