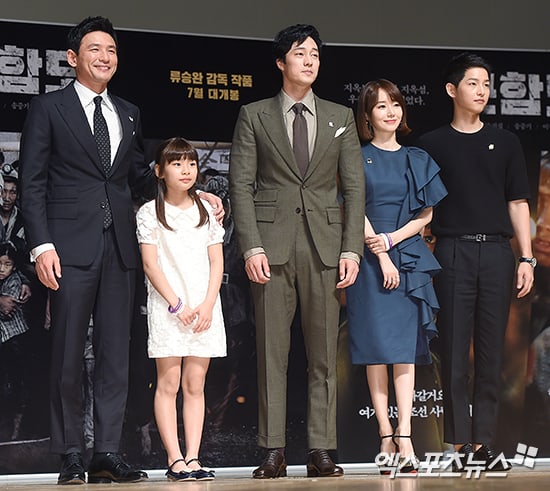 Not long before its release, film “The Battleship Island” has been swept up in a controversy over allegations that it had not paid its extras their due.

According to one media outlet, on June 24 a member of the film community claimed to be an extra on “The Battleship Island” and stated that he had not even received the minimum wage for shoots that took more than 12 hours a day. The source further claimed that the extras were not allowed to use sunscreen despite the risk of sunburns to the face in order to make a more “realistic” atmosphere on set.

Furthermore, the media outlet reported that only the extras that belonged to director Ryu Seung Wan’s agency received frozen snacks during the filming, while the 40 other extras received nothing.

In response, the production company for “The Battleship Island” stated, “The reports that most of our shoots were over 12 hours and that the extras received less than minimum wage are false. Of our 115 total shoots, shoots that went over 12 hours numbered less than five. When we had to go into overtime, we proceeded after asking the consent of all the cast and crew. All our cast and crew had entered into formal contracts and when filming went overtime they also received additional payments.”

At a previous production briefing session, director Ryu Seung Wan had said, “Even the people whose faces were so far away I could barely see them did their best at acting. I am grateful that I was able to be in a situation where the extras could put their heart and soul into their acting. I respect all the actors who were able to keep going despite challenging situations.”

“The Battleship Island” stars Hwang Jung Min, So Ji Sub, Song Joong Ki, and Lee Jung Hyun, and tells the historical story of 400 Joseon workers in forced labor on the island of Hashima. The film is expected to premiere in July.

XPN
The Battleship Island
How does this article make you feel?