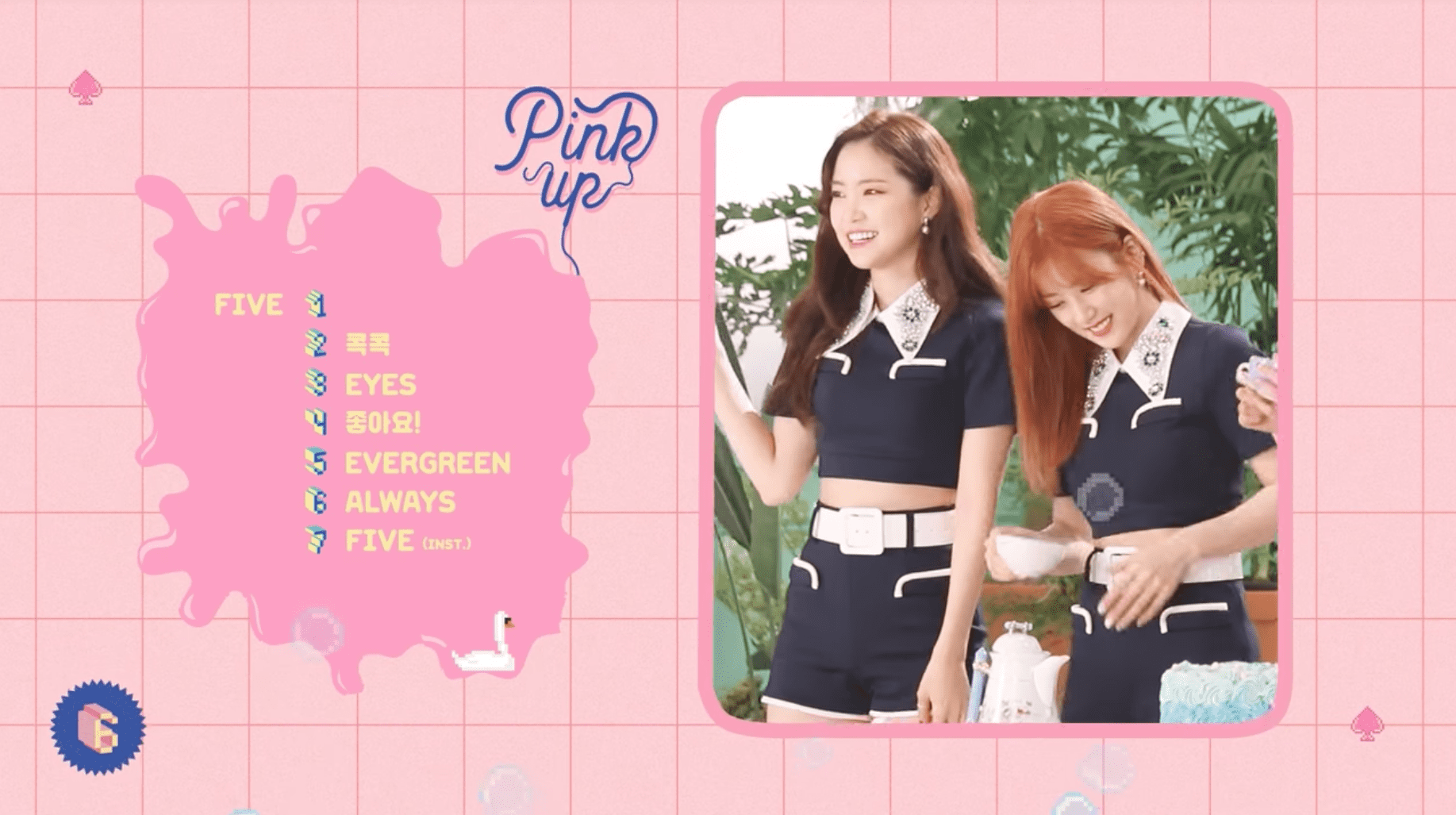 On June 26 at midnight KST, Apink dropped a cute highlight medley for their upcoming sixth mini album, “Pink UP.”

The group had previously released an MV teaser and individual teasers for Chorong, Bomi, Eunji, Naeun, Namjoo, and Hayoung.

Unlike other highlight medleys, the new teaser is titled a “rolling music teaser” and features short clips of the members in a “girlfriend-style” cam video.

“Pink UP” is scheduled to be released on June 26 at 6 p.m. KST. The album features the title track “Five” as well as their previous special release, “Always.”